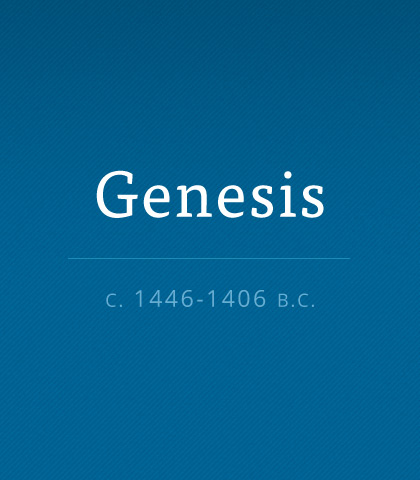 Genesis is the first book of the Old Testament. Testament is another word for covenant. Covenants are prominent in the story of Genesis.

Read more about the book of Genesis.

After seven years of blessing and abundance, the famine was in full bloom. People from the surrounding lands came to Egypt for grain—including Joseph’s brothers. Upon recognizing the men who threw him into a pit and sold him as a slave, Joseph faced a difficult decision. Would he be the type of person who remembers what he ought to forget and forgets what he ought to remember? Are you?

Groanings of a Sad Dad

Though seasoned in walking with God, Jacob remained a victim of his own carnal clumsiness. Instead of seeing the Lord’s hand of protection on his sons’ lives, he became paralyzed by fear, worry, and resentment. Jacob relied on himself rather than on God’s strength. And his reluctance to trust God almost led to disaster. Sometimes we tend to be just like Jacob—expecting the worst rather than trusting God’s best.