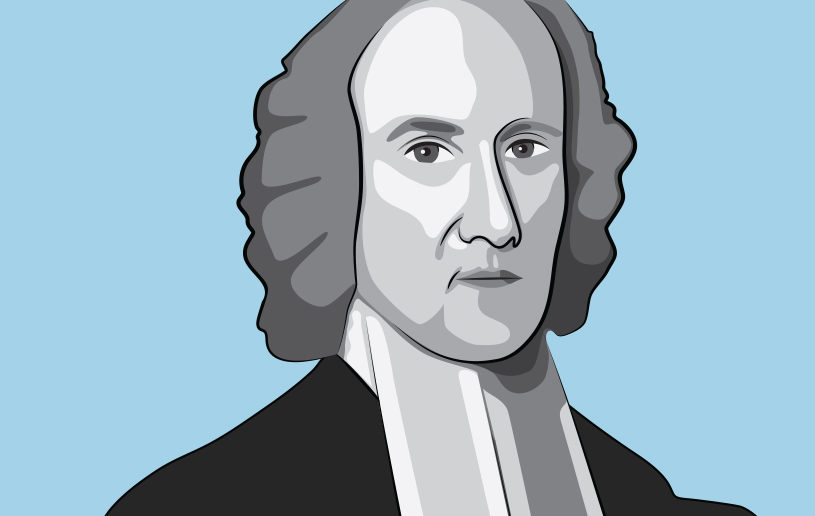 A hero of the faith who encourages me to pursue the Lord through His Word is Puritan Pastor Jonathan Edwards.

Jonathan Edwards was born on October 5, 1703, the son of Esther and Timothy Edwards who served as a minister in East Windsor, Connecticut. As a child, he was educated by his father and then entered Yale in 1716 just before turning 13. He graduated in 1720 and went on to study theology for an additional two years. Even though his father was a minister, Edwards did not come to faith in Christ until the spring of 1721.

He says, “I was brought to that new sense of things, to an inward, sweet delight in God and divine things...quite different from anything I ever experienced before. I began to have a new kind of apprehensions and ideas of Christ, and the work of redemption, and the glorious way of salvation by him.”1

At 18, Edwards served for eight months as a clergyman in a small Presbyterian Church in New York City. About this same time, he kept a diary and began to pen his “Resolutions,” which served as a compass for his life and to guide him in the spiritual disciplines, especially the study of Scripture and prayer. Edwards wrote, “Being sensible that I am unable to do anything without God’s help, I do humbly entreat him by his grace to enable me to keep these resolutions, so far as they are agreeable to his will, for Christ’s sake.”2 He went on to read over these resolutions once a week for the rest of his life.

Edwards had an incredible vision for the mission of God and challenges us to earnestly seek to know Him through Scripture. He preached a sermon to his congregation entitled “The Importance and Advantage of a Thorough Knowledge of Divine Truth,” saying, “Be assiduous in reading the Holy Scriptures. This is the fountain whence all knowledge in divinity must be derived. Therefore let not this treasure lie by you neglected.”3

Edwards diligently studied his Bible, he even took it apart and inserted a blank sheet of paper between each page and then sewed the Bible back together. He filled the blank pages of his Bible with notes and reflections from his study of Scripture. He made it his mission to intimately know the word of God and delight in his Saviour.

One of Edwards’ greatest contributions in life was his role in the Great Awakening through preaching sermons such as “Justification by Faith,” where he exhorted his congregation to repent of their sins and recognize their need for a Saviour. As revival broke out in New England, Edwards travelled throughout the area preaching and saw many people come to faith in Christ. During this time, a young teenager named Deborah Hatheway wrote to Edwards asking for advice about how to live the Christian life. Edwards replied in a letter, “In all your course, walk with God and follow Christ as a little, poor, helpless child, taking hold of Christ’s hand, keeping your eye on the mark of the wounds on his hand and side.”4

Let us be resolved to pursue delighting in our Saviour through the study of God’s word and to keep our eyes fixed on Him, the author, and perfector of our faith.

“But grow in the grace and knowledge of our Lord and Savior Jesus Christ.” (2 Peter: 3:18 ESV)

Subscribe to our monthly magazine
Date:
September 27, 2022
Type:
Back to Top