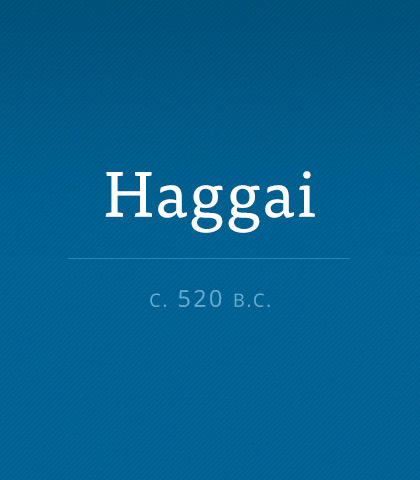 Haggai had a message for the Jews who had returned from exile. They had forgotten their God and it was time for them to consider their ways.

Read more about the book of Haggai.

Haggai was God’s spokesman sent to awaken and arouse the post-captivity Jews from their lethargy. With determined focus, he pursued one major goal: to complete the rebuilding of the temple in Jerusalem. He was a “get it done” leader; a highly motivated man who attacked indifference as the enemy it was. Haggai (and later Zechariah) was used by the Lord to afflict the comfortable, convincing them there was no excuse for delay.