You're Growing Older but Not Old 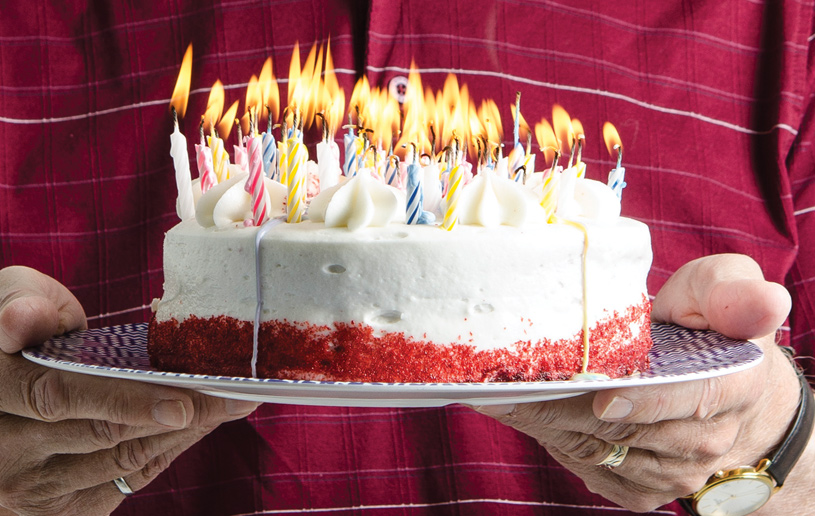 Growing older is a fact we all must face. Now…you’re not going to get me to declare when growing up stops and growing old starts—not on your life! But there are some signs we can read along life’s journey that suggest we are entering the transition. (How’s that for diplomacy?) Ironically, it seems we’re growing older when our friends tell us how young we look!

Physically, the aging “bod” puts on the brakes. You begin to huff and puff when you used to rip and zip. You prefer to sit more than stand…to watch more than do…to forget your birthday rather than remember it!

Mentally, the aging brain longs for relief. You can’t remember like you used to, and you don’t respond like you ought to. You start thinking more about yesterday and tomorrow and less about today.

Emotionally, you undergo strange fears and feelings you once swore would “never occur in me,” such as:

All this—and there is much more—is worsened by the memory of those days when you once were so very efficient, capable, needed, and fulfilled. As you look into the mirror, you’re forced to admit that the fingers of age have begun to scratch their marks upon your house of clay…and it’s hard to believe your twilight years could be of much worth.

How wrong! How terribly wrong! How destructive such thoughts can be! How quickly that kind of thinking can sentence you to the prison cell of self-pity, surrounded by the four bleak walls of doubt, depression, uselessness, and regret!

God’s patriarchs have always been among His choicest possessions. Abraham was far more effective once he grew old and mellow. Moses wasn’t used in any measure of success until he turned 80. Caleb was 85 when he began to enjoy God’s best goals. Samuel was old, old when the God of Israel led him to establish the “school of the prophets,” an institution that had a lasting influence for spirituality and godliness in the centuries to come. And no one could deny the way God used Paul during his last days on his knees, writing words of instruction and encouragement in letters we cherish today!

Come to think of it, Paul’s words apply to us regardless of our age:

You have heard me teach things that have been confirmed by many reliable witnesses. Now teach these truths to other trustworthy people who will be able to pass them on to others. (2 Timothy 2:2)

That’s what Jesus meant by His final command to “make disciples of all the nations” (Matthew 28:19). God hasn’t decided to let you live this long for nothing. Please remember—your age is not a mistake…nor an oversight…nor an afterthought. The command to multiply your faith in the lives of others often occurs most effectively when you’re older. Why? Because you’ve lived long enough to be able to pass along wisdom distilled by your experiences of success and failure.

No one fails to see that growing old has its difficulties and heartaches. It does, indeed. But to see only the hot sands of your desert experience and miss the lovely oasis of sharing your life with younger believers is to turn the latter part of your journey through life into an arid, tasteless endurance test that makes everyone miserable.

Isn’t it about time you cooled your tongue and softened your smile with a refreshing drink from the water of God’s oasis? You’ve been thirsty a long, long time.