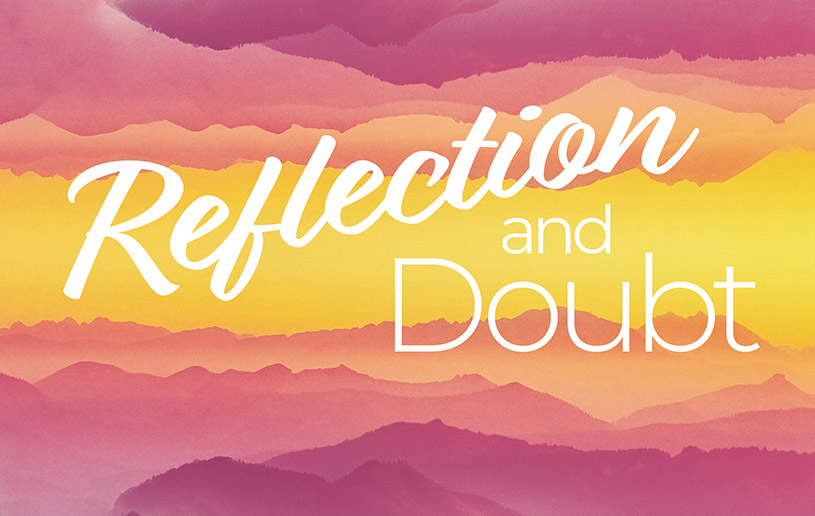 A familiar character in the New Testament is Thomas. One of the Twelve Apostles, Thomas is maybe better known for his doubt.

One of the twelve disciples, Thomas (nicknamed the Twin), was not with the others when Jesus came. They told him, “We have seen the Lord!”

But he replied, “I won’t believe it unless I see the nail wounds in his hands, put my fingers into them, and place my hand into the wound in his side.” (John 20:24-25)

When I put myself in Thomas’ place, it’s not hard to understand why he hesitated to rejoice when the other disciples told him of their time with Jesus. For one thing, Thomas hadn’t been there. As far as he knew, Jesus was dead and buried and he had spent days grieving about it. To me it seems reasonable for Thomas to be hesitant to believe things had changed without seeing proof.

It was eight days before Jesus appeared to Thomas. Eight days is a long time to struggle with anything, but overwhelming doubt is extra difficult. When Jesus did appear before Thomas He didn’t condemn him for having doubts. Instead Jesus said, “Peace be with you” (John 20:26).

Thinking about my own wrestling with faith, I’m grateful for a story like this to give me hope. It teaches me doubt is not sinful but in fact shows courage—by admitting my limitations and fears, and by daring to fail and struggle, I’m giving Jesus the opportunity to show up!

John 1:14 says, “So the Word became human and made his home among us. He was full of unfailing love and faithfulness. And we have seen his glory, the glory of the Father’s one and only Son.” Even though Jesus no longer walks on earth I can look to the Scriptures to see evidence of Him here with me.

Thomas’ story is one of encouragement—he doubted, but it never overtook him. He allowed Jesus to take him from the place of uncertainty to a place of belief. I’m learning silent doubts rarely find answers. Instead, I’m challenged to give voice to my questions. I’m confident even though I may struggle for a while, Jesus will show up and give me peace.