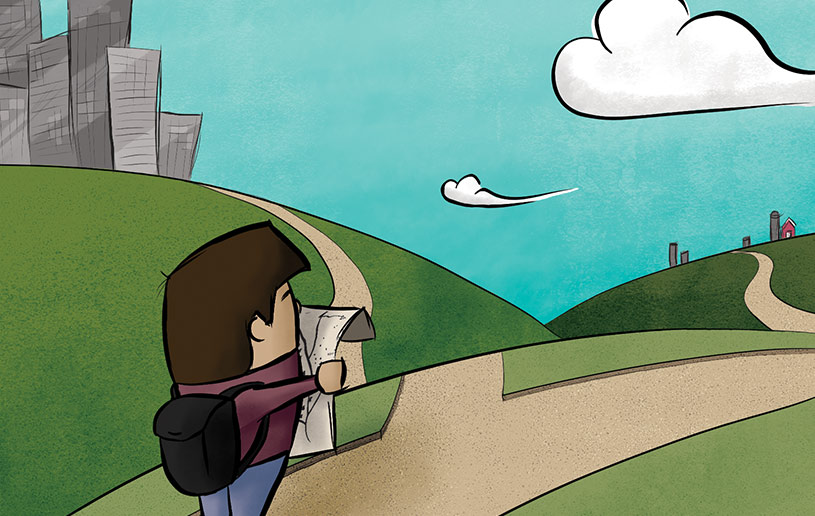 Even before the fall of man in the Garden of Eden, God had a plan for the salvation of His people and the restoration of all things (Ephesians 1:4–10). God is always at work, even now all around us, to carry out that plan. Perhaps the almost incomprehensible truth in all of this is that He includes you and me in that plan, inviting and calling us to be part of it.

God created each of us. We each have our own blend of personality, talents, abilities, passions, spiritual gifts, and experiences in life that make us unique. There is no one else exactly like you or me. And each of us, like a musician in an orchestra, has a part to play in God’s great symphony of history during our time here on this earth. The question is, when our divine Conductor calls on us to play our part, will we do it willingly and with purpose?

Moses was a Hebrew, born to slaves, but raised and educated in Pharaoh’s household. Through a series of events and mistakes Moses ended up fleeing Egypt and, seeking to put his past behind him, settling down to raise a family and become a shepherd in the land of Midian (Exodus 2).

But God had other plans for Moses. He appeared to Moses in a burning bush and called him to the immense task of leading Israel out of Egypt (Exodus 3). When God told him to go to Pharaoh Moses’ fears and insecurities welled up. Focused on his own inadequacies instead of the Lord’s adequacy the excuses began. “Who am I? Who are you? What if the Israelites don’t believe me? I’m not good with words. Send someone else.”

In Moses’ hand was his shepherd’s staff (Exodus 4:2), used for herding and protecting sheep. It was part of his identity and security as a shepherd, and represented the simple existence he had settled for. The Lord told him to throw it down on ground. When he did the Lord transformed it into a snake. Then he told Moses to pick it up and when he did it became a staff again.

The first step in purposing to follow God’s call is to surrender to the Lord who we are, whatever we have, and whatever may be holding us back from being available to be used by God and following His call. We must submit our small ambitions to God’s greater plan. We must not let the irrational fear that God will make us do something horrific if we respond to His call hold us back.

God is infinitely wise so He knows what is best for us, and is infinitely loving, so He is working for our good. It’s only when we let go of those things holding us back that we will be able to respond to the Lord to join Him in His great work of redemption and restoration. When we release to the Lord whatever we are clinging to it becomes God’s. Only then are we able to fully embrace what God is calling us to do.

Romans 12:1–3 teaches what Moses’ story illustrates. “I plead with you to give your bodies to God because of all he has done for you. Let them be a living and holy sacrifice…let God transform you into a new person by changing the way you think. Then you will learn to know God’s will for you, which is good and pleasing and perfect.” He also addresses our fear that doing God’s will is onerous. He says it “is good and pleasing and perfect.”

Someone has said the ability God is most interested in with each of us is our availability. Are you available to follow God’s call on your life? Purpose to follow it. Purpose to say, yes Lord, anything, anywhere, anytime, at any cost.

I don’t know what God has in store for you, and you won’t either until you purposefully and intentionally respond to His call. As Pastor Chuck Swindoll says, “Been resisting God’s call on your life? Don’t be afraid to follow. He leads you in love.”