One Person We All Need (And One We Need to Be) 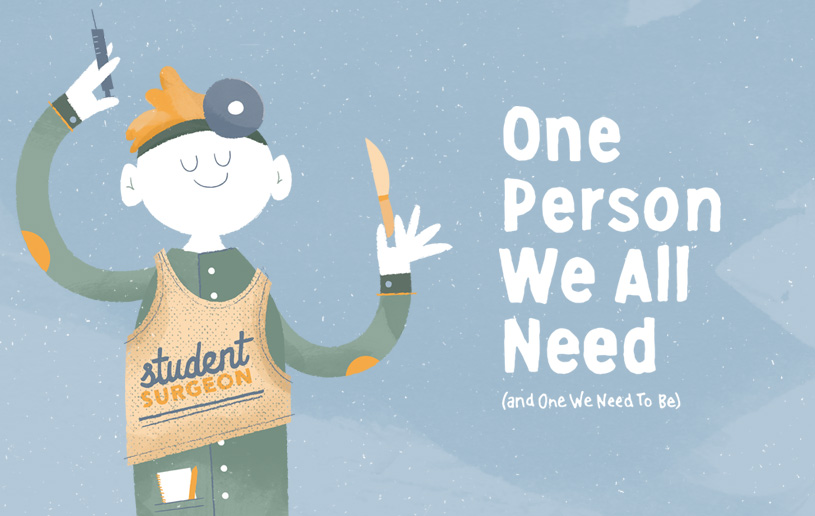 Let’s say you’re a patient about to undergo major surgery. Just before they wheel you in, the doctor blurts, “You know, I’ve never actually done surgery before…but hey, we’ll give it the ol’ college try.”

How would you respond? You’d explode: “Wait! Stop!” That’s because you want somebody who’s been trained. Really trained. You want a skilled and seasoned surgeon, one who has travelled across the country to study under the most outstanding doctors in his or her specialty. You want a professional, one who has learned specific, tried-and-true techniques of doing medical work correctly—one who has spent years being guided, observed, confronted, reproved, rebuked, and corrected.

In a word, you need someone who has been mentored.

In the second chapter of Paul’s final letter to Timothy, we see the importance of mentoring in another realm—an eternal one. What’s more, we discover how that kind of mentoring best occurs:

The things which you have heard from me in the presence of many witnesses, entrust these to faithful men who will be able to teach others also. (2 Timothy 2:2 NASB)

In other words, Christians are to faithfully mentor those who are coming along in the spiritual life. The verb that gives us this direction is entrust. The term literally means to hand over something to someone…for safekeeping. I like that image. In the same way we’d invest in a trust fund, we pass along a valuable message when we invest the truth of God’s Word into the lives of others.

Paul’s words to Timothy outline a process of multiplication that can be visualized in a simple chart: Paul the Apostle entrusted his heart, soul, truths, encouragements, affirmations—his very life—to Timothy. Timothy was a recipient, much like the second runner in a relay receives the baton from the first runner. Timothy then looked for others to pass that baton on to—those who would be faithful to pass it along to others also. This process has been occurring since Jesus initiated it with His apostles, including Paul. In fact, we are all recipients of Paul’s baton.

Why do I say this with such conviction? I, too, am the product of mentoring. There have been men in my life, some of whom you would not know if I mentioned their names, who have made a major difference in my life. I owe much of who I am today to of the lengthening shadow of their influence. Gratefully, I stand on their broad shoulders.

How about you? Do I write to any today who feel past their prime and rather useless? Any empty nesters with no one left to influence? Let me assure you: you haven’t lived this long for nothing! There’s a younger generation in the family of God, many of whom yearn for your time…men and women who need your wisdom…who long for a trusted mentor willing to impart the thumbprint of character on them.

Moreover, there are those around the world in need of mentoring. Part of our passion here at Insight for Living Ministries is to impact all 195 countries of the world through mentoring others in the Scriptures and modelling the Word of God to them. It’s not just a vision for us. It’s also something you can be part of. You can have a personal impact by mentoring those in your church and family.

Make no mistake, we all need mentors. Furthermore, we all need those we are mentoring. We need to care enough about people to build into their lives. As a result of being mentored, an individual learns the value of being vulnerable, open, unguarded, honest, and, ideally, a person of authenticity.