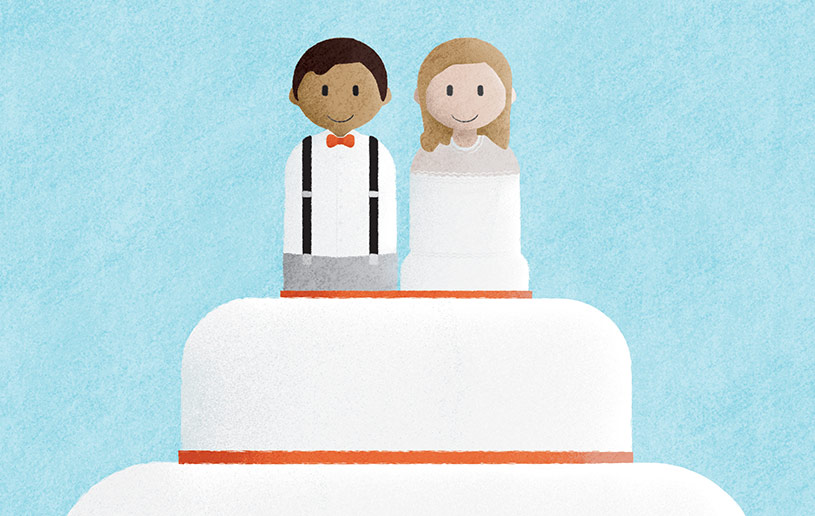 What is marriage? Who designed it? Who defines it? These questions have been debated in our courts, churches, and perhaps in our homes. Can and should marriage be revised or should it remain what it has traditionally been—a monogamous covenant between one man and one woman? When speaking with others about their beliefs regarding marriage, you may be surprised at just how far apart your view is from theirs.

Here’s Where They’re At

When you discuss this with friends, neighbours, or your adult children, here are some statements you might hear.

“Love and sex are the basis for marriage so two people who love each other should be able to marry.”

“There is no such thing as traditional marriage in the Bible. There is polygamy and concubinage so marriage isn’t just one man and one woman.”

Here’s Where You’re At

You believe the Bible is the final authority for life and determining right and wrong. God created and ordained marriage when he created man and woman making it a sacred institution. No matter what legislators or justices say the definition of marriage is not ours to tamper with.

You may also believe the marriage of a man and woman reflects God’s image by representing the intimate relationship between Jesus Christ and His followers. God’s image is tied to human sexuality since He created us in His image as male and female.

You believe traditional marriage is about more than religious beliefs. It serves a vital public service. Marriage is about procreation, exclusivity, permanence, and monogamy.

Here’s Where Scripture’s At

God declares it is not good for man to be alone, makes a suitable partner for him—a woman—and calls her “his wife” (Genesis 2:18-25). This first marriage ordained by God Himself is the standard by which all future marriages are defined. The sexual complementarity of husband and wife is absolutely essential to marriage. The essence of what marriage is therefore excludes same-sex marriage.

The Hebrew word for “wife” cannot mean anything other than “a woman.” Scripture nowhere mentions a marriage involving anything other than a man and a woman. Since God ordained sex to only take place between a married couple, it follows that God’s design is for the family unit to be formed when a man and woman come together in a sexual relationship and have children.

As an enduring definition of marriage Jesus points back to Genesis 2:18-25, a man and woman leaving their parents, who are also a man and a woman, and becoming one flesh (Matthew 19:4-5).

God’s design for marriage is monogamy. The Hebrew words for “man” and “wife” are singular and do not allow for multiple spouses. In the biblical instances of polygamous marriage it was still one man entering into multiple separate marriages at the same time. The sin of polygamy is not one of definition but one of application.

Marriage isn’t merely a human agreement between two consenting individuals. It is a sacred covenant relationship under God (Genesis 2:22; Malachi 2:14). Since Scripture universally condemns homosexual relationships God will never sanction a marital bond between two members of the same sex.

Where to Go From Here

In response to shifting societal trends people may revise their understanding of marriage to be viewed merely as a human agreement between two consenting, loving, individuals. Followers of Jesus should embrace His view and renew their commitment to the sacrificial love and covenantal faithfulness to which Jesus calls all husbands and wives.

Marriage as an extension of God’s image is between a man and a woman. Hence, a "same-sex marriage" is a contradiction in terms. The command to be salt and light requires us to stand for a biblical perspective of marriage and to defend it from a sociological and human rights perspective.

Learn to adjust to living in a same-sex marriage world. You don’t have to endorse it but you have to operate in a world where it is legal.  Be gracious to those who do not share your views on marriage. As those loved by God we must exhibit the love of Christ to all men and women. Stand for truth but do so graciously.

Champion religious freedom and strengthen your Christian subculture where you can live out your faith and transmit your values to your children.

Subscribe to our monthly magazine
Date:
June 9, 2017
Type:
Topic:
Back to Top