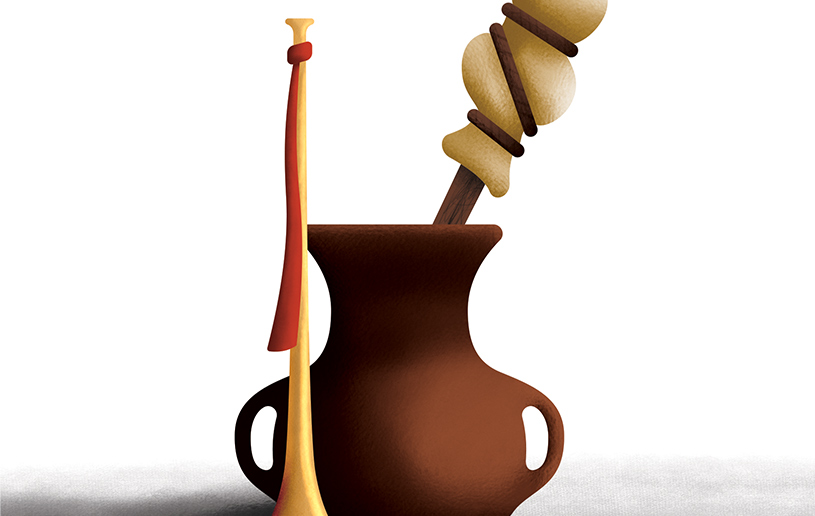 The story of Gideon begins in Judges 6. He lived at a time when Israel had forsaken the worship of their true God for that of false Amorite gods. Consequently, God handed Israel over to Midianite oppression. For seven years they attacked the Israelites, stealing their food and livestock, and reducing them to starvation. God wanted to bring about change using Gideon to do it.

Here are a few of the many wonderful leadership and life lessons that emerge from this story.

The Lord doesn’t see us the way we see ourselves

We meet Gideon threshing wheat in a winepress, insecure, and cowering in fear of the Midianites. The Lord appeared to him and said, “Mighty hero, the Lord is with you!... Go with the strength you have, and rescue Israel from the Midianites. I am sending you!” (Judges 6:12, 14). But all Gideon saw was that he was from a small tribe, a poor family, and he was the least of his clan (v.15). He was the least of the least of the least so how could God ever use Him? There was a sense of hopelessness, helplessness, and futility as he looked at his own weakness and insignificance.

God sees in us the things we cannot see. Gideon’s humble situation that disqualified him in his own eyes was one of the reasons God chose him. The Lord called Gideon a mighty hero with strength even though he was insecure and fearful. Jesus called Peter a rock even though he was a pebble and kept crumbling. God called Abraham “father of many nations” when he had no children. Sarah was called a “noble woman” even when she mocked the Lord.

God does the choosing

Self-seeking or self-promotion is not the path to leadership in God’s kingdom. And God’s choosing often comes unexpectedly. Gideon was just going about his work when God calls him. God knew where he was and what he was doing and interrupted him. Gideon was neither looking for a leadership role nor sitting around waiting for God’s call.

Consecration to the Lord is foundational

The initial turning point for Gideon was an altar, a place of renewal, dependence, dedication, and surrender (v.24). He got rid of the idol worship and then, clothed by the Spirit, Gideon became God’s instrument. It was then he performed a task beyond his natural powers and abilities. He led in a way he had never done before.

God’s call upon Gideon and the task He had for him was bigger than anything Gideon could’ve imagined. If God has truly called you to leadership, He will not fail you. He promises to be with you. And since He is with you He will grant you success in your assignment.

God works to strengthen your faith as you walk with Him

Leading with God is about leading by faith, not strength. Gideon needed to have faith in these areas.

Gideon had difficulty believing these three things so the Lord gave him several signs: the meat and broth sign, the fleece sign (twice), and allowing him to overhear the conversation about the dream of a barley cake rolling into the Midianite camp and bowling over a tent, signifying that Gideon would have victory over the enemy.

God graciously accommodated Gideon’s insecurity by performing signs, and then whittled away at the army—something Gideon would have placed his faith in.

It may be that early on God accommodated your lack of faith and did amazing things in spite of you. But as time passes and we journey further in our walk with Him, He wants to move us away from other things we are trusting in so that we will have to depend on Him even more. Gideon picked his army, and then God picked His army. The weapons of our warfare are not the weapons of this world.

This is why He will often put us in seemingly impossible situations, so that when the victory is achieved no one can say that it was anything but God’s doing.

In the end, God gave Gideon victory in a way that Gideon and the people could not boast it was their doing. And Gideon rightly gave God the glory—something every Christian leader must always do.