Be a Part of Something Phenomenal! | Insight for Living Canada
Skip to main content

Be a Part of Something Phenomenal! 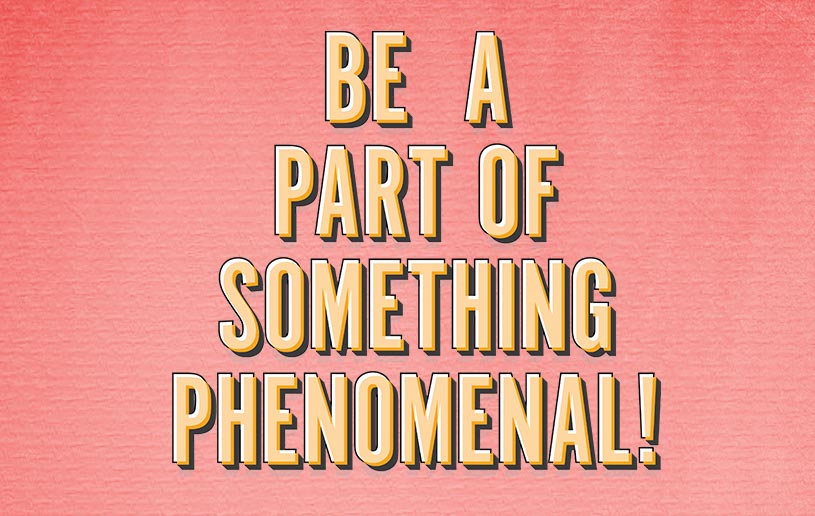 When God is doing something phenomenal—something extraordinary, truly earth-shaking—you have to be part of it!

When the Magi saw the star in the heavens, they had to follow it. When Peter and John heard that the tomb was empty, they ran to see. When the Holy Spirit empowered the disciples at Pentecost, they turned the world upside down.

Is God doing something phenomenal today? I believe He is—and it’s much like what He did in the days of King Josiah.

Josiah’s grandfather, Manasseh, had plunged the people into a cesspool of occult practices, including child sacrifice. Incredibly, Josiah’s father, Amon, “sinned even more” (2 Chronicles 33:23). Out of this sewer, Josiah ascended the throne at age eight. Can you imagine the boy looking at himself in the mirror wearing his baggy regalia and oversized crown? Most eight-year-olds wouldn’t stand still long enough to put on all that garb, much less wear the itchy stuff!

But Josiah wore it, and “he did what was pleasing in the Lord’s sight” (2 Kings 22:1–2)! His mother, Jedidah, must have guided him in godliness. Who else could have? He had no Scriptures—his wicked predecessors had lost or destroyed all copies. Josiah’s only spiritual signposts were memorized Scriptures recited to him by Jedidah—talk about phenomenal parenting!

At age 16, “Josiah began to seek the God of his ancestor David” (2 Chronicles 34:3). God continued to move in Josiah’s heart, and by age 20, the courageous king was ready to be a part of God’s moving in the nation. Starting in Jerusalem, Josiah set out to purify the land:

He ordered that the altars of Baal be demolished.... He also made sure that the Asherah poles, the carved idols, and the cast images were smashed. (34:4)

Then he swept through the rest of the country:

He destroyed the pagan altars and the Asherah poles, and he crushed the idols into dust. (34:7)

He pulverized the idols. Nothing left but dust—now that’s phenomenally thorough!

Next, Josiah appointed to his “cabinet” men who had caught his passion, supporters whom he mentored. With shared vision, they restored the temple—phenomenal team building!

In the process, the priest Hilkiah found a dusty scroll: the “Book of the Law of the Lord” (34:14). Perhaps the only remaining copy—a phenomenal discovery!

Keep in mind, Josiah, unlike Luther and Calvin, initially had no Scripture to rally his reformation. But then, there it was! How precious the melody of God’s truth must have sounded! Josiah wept as he heard it read, tearing his clothes in repentance over how his nation had neglected God’s Laws.

Do you remember the first time the Bible impacted you? Did your heart sing and tears flow? Finally, you had Truth! Something you could rely on, that would help you know what to do next.

Josiah certainly knew. He gathered the nation and read “the entire Book of the Covenant” (34:30). He “pledged to obey the Lord by keeping all his commands, laws, and decrees with all his heart and soul” and required everyone to make a similar pledge (34:31–32). Then Josiah hosted the biggest Passover the nation had ever experienced. What phenomenal obedience!

Can you imagine the entire world worshiping God and celebrating the Lamb? Don’t you ache to be a part of something so phenomenal?

Judah wouldn’t have seen reformation without Josiah’s “cabinet.” That team couldn’t have been built if Josiah hadn’t chosen to think and act biblically. And he couldn’t have if Jedidah had not done the same in teaching her son godly truth.

The phenomenal happens through our daily faithfulness to align our thoughts with God’s—to think biblically in order to act biblically...to fulfil our role in God’s plans!

At Insight for Living Ministries, we’re passionate about following God’s commands. That’s why we’ve developed our plan to “make disciples of all the nations” (Matthew 28:19).

We cannot do this alone. We need a loyal “cabinet” of believers who will think and act biblically with us. We need supporters to step up and help us have the financial resources required to execute the non-negotiable commands of the Great Commission.

Will you join us? Something absolutely phenomenal is happening, and you can be part of it.