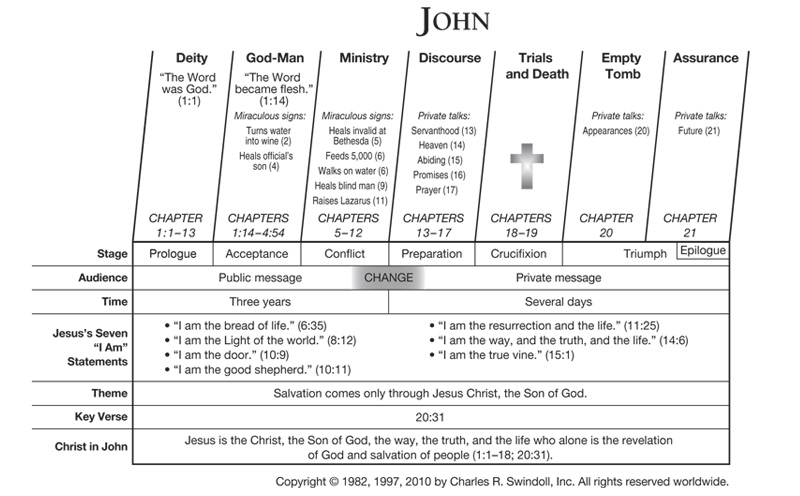 Not surprisingly, the gospel of John never provides the name of its author. Such identifications were not made in any of the other three biblical gospels either. However, two significant factors point to the identification of John as the author. First, the book itself identifies the author as the disciple whom Jesus loved. This description likely pointed to John for three reasons: the author had to be one of the Twelve Disciples because he was an eyewitness to the events in the gospel (John 21:24); he was probably one of the inner circle of three disciples (James, John, and Peter) because he was among the first Mary told of the resurrection (20:1-10); and this disciple is distinguished from Peter in the book, while James died too soon after the resurrection to be the author

The second significant evidence for John's authorship is the unanimous testimony of early Christians, among them the second-century Christian Irenaeus, who declared that John was the disciple who laid his head on Jesus—the disciple “whom Jesus loved” (13:23)—and the author of the gospel.

In Christian tradition, John's gospel has always been referred to as the fourth gospel, meaning it was composed after the other three. Polycarp, a second-century Christian martyr who knew John personally, told Irenaeus that John had written the book during the apostle's time serving the church in Ephesus. These factors suggest that John wrote the book between AD 85 and AD 95.

WHY IS JOHN SO IMPORTANT?

John did not include the nativity story in his gospel; instead, he introduced his book by going back even further into history. Invoking the “in the beginning” language of Genesis 1:1, John made a direct link between the nature of God and the nature of the Word, Jesus Christ. The emphasis on the deity of Christ is a striking quality of John's gospel. It also comes through clearly elsewhere in the book, particularly in John 8:58 when Jesus claimed the divine name—“I am”—for Himself, which led an angry mob of Jews to try and kill Him for blasphemy.

WHAT'S THE BIG IDEA IN JOHN?

While the other three gospels portray Jesus as the King, the Servant, and the Son of Man, John portrays Jesus as the Son of God. John stated his theme more clearly than any of the other gospel writers. He wrote so that his readers might “believe that Jesus is the Christ, the Son of God,” so that they may have life in His name (John 20:31). To accomplish that goal, John presented a riveting and distinctive picture of Jesus Christ, one in complete unity with the portraits in the other three gospels, but one that also adds significantly to the Bible's revelation of Jesus Christ, the God-man.

John used a variety of techniques to communicate to his readers the nature of Jesus. These include his citation of Jesus' seven “I am” statements, in which Jesus spoke of Himself in terms such as “the Light of the world” (8:12), “the resurrection and the life” (11:25), and “the way, and the truth, and the life” (14:6). Much of John's gospel (chapters 2–12) might be called the Book of Signs, as it recounts Jesus' performing of seven different miracles—such as the turning water to wine at Cana and raising Lazarus from the dead at Bethany. These miracles illustrate His identity as the Son of God.

Jesus' identity as the divine Son of God sets Him apart from any other man who ever lived. He carries with Him the transcendence that comes only with God Himself. Therefore, His work on our behalf makes our salvation sure. Because He is God, His sacrifice on the cross has eternal implications, unlike the limited effect of the animal sacrifices in the Old Testament. Jesus, the God-man, has atoned for our sins. We can place our confidence in Him because of His divine nature.

For readers of John's gospel, the question is a simple, though significant, one: Do you believe that Jesus is Lord? If you believe, you will receive eternal life, claiming the truth that you will one day live in the presence of God in a place with no more pain, no more tears, and no more death.

Find resources in the book of John in our resource library.