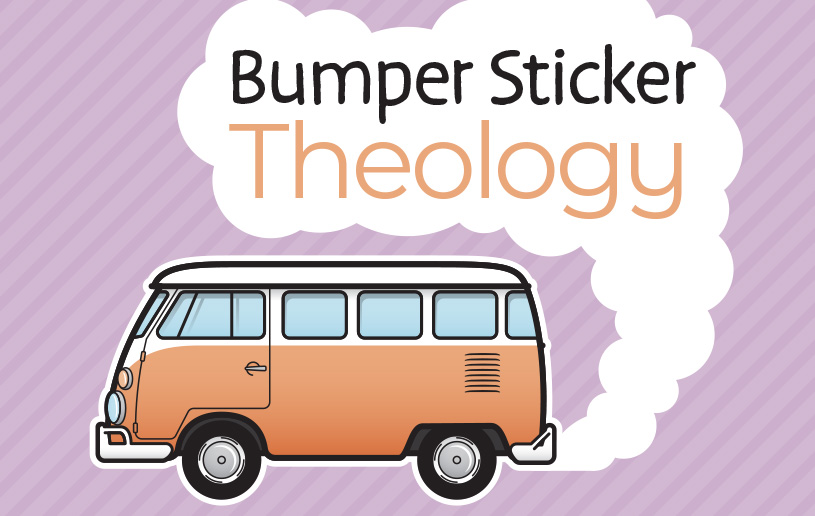 I’m going to state at the outset that I believe you can’t out-give God. My proof is John 3:16, “For this is how God loved the world: He gave his one and only Son, so that everyone who believes in him will not perish but have eternal life.” No one in the history of the world has ever or will ever out-give that gift.

Scripture abounds with statements about how God will meet our needs if we give (see 2 Corinthians 9:6–11). The truth is that if we give to others generously as an expression of love for them and because of the grace that God has shown to us, God will generously provide for us. If that is what you think when saying, you can’t out-give God, then great. But often that isn’t the case. This and two other issues can make this saying problematic.

One issue is Scripture-twisting. Malachi 3:10 is probably one of the most misinterpreted and misapplied Old Testament verses of our day. I have heard or read countless testimonials where people claimed Malachi 3:10 and put God to the test. “’Bring all the tithes into the storehouse so there will be enough food in my Temple. If you do,’ says the Lord of Heaven’s Armies, ’I will open the windows of heaven for you. I will pour out a blessing so great you won’t have enough room to take it in! Try it! Put me to the test!’”

The problem is that this does not teach that Christians are to give tithes or that God will bless you abundantly if you do. This is about the Israelites breaking their covenant obligations to God and not bringing their required offerings to the temple. Because of their disobedience, God judged them (see Deuteronomy 28).

So the Lord commands them to bring the full tithe of grain sacrifices (Leviticus 6:14–23) and see that He would bless them with an abundance of future crops as promised. The “storehouse” mentioned in verse 10, is a place to store grain in the temple and the tithe was required as part of the temple worship. Applying this command about temple giving to the idea you can’t out-give God distorts this passage entirely.

Besides giving forgiveness He also talks about giving a cup of water (Matthew 10:42), or healing care as in the case of the parable of the Good Samaritan. John writes that we “ought to give up our lives for our brothers and sisters.” That may mean giving our time or talent (1 John 3:16–17).

Jesus also told us when we put on a luncheon or banquet, “...invite the poor, the crippled, the lame, and the blind. Then at the resurrection of the righteous, God will reward you for inviting those who could not repay you,” (Luke 14:13–14). Note: the reward won’t be given until eternity and it won’t be in cash.

The other issue relates to the motive behind saying, “You can’t out-give God.” Some people say this thinking only in terms of money and things. Their motive becomes giving in order to get so this becomes a mantra for greed and materialism.

True giving means giving to God with no expectation of return. It’s a mark of real faith, because though we are giving to a visible person or organization, we are doing it in a way that signals our mind and heart is surrendered to an invisible God.

We are not to give to get earthly reward, expecting God to always give us back in this life what we invest in the Kingdom. Jesus says, give without expecting to be repaid (Luke 6:35). He then goes on to say, when we give in hopes of gaining nothing but God, our reward from heaven will be very great. In other words, give without care for the earthly reward of financial prosperity. Instead, seek the heavenly reward of God Himself.

At times, God does reward faithful giving by returning to us more than the financial gifts we’ve given for the sake of the Gospel. But don’t make the mistake of expecting our reward will always be a financial return. We give because Jesus, “...though he was rich, yet for your sakes he became poor, so that by his poverty he could make you rich” (2 Corinthians 8:9).

The wealth we gain through giving is not a fatter bank account. We grow rich in God by giving ourselves.