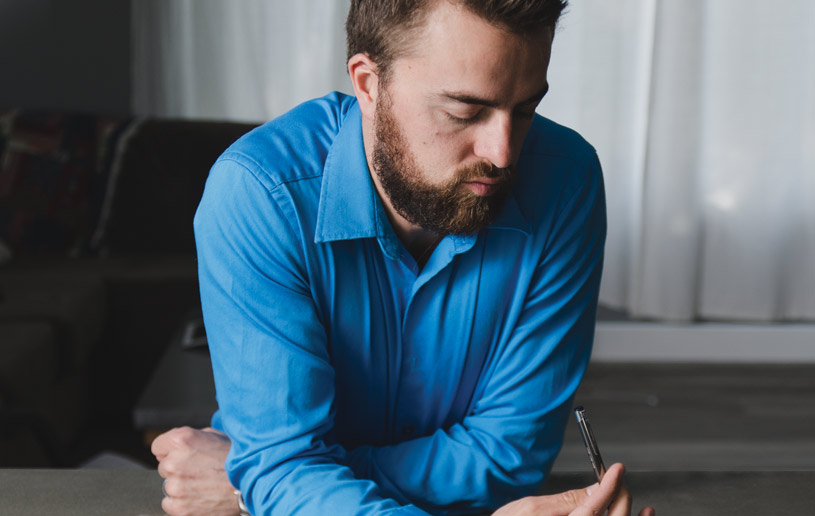 Many churches and Christian homes have passive men, but we rarely address the issue directly. Why, instead of leading, are some men disengaged, uncommunicative, and withdrawn from their wives, families, and churches?

Here are a few possibilities.

Lack of confidence. Some men never had self-confidence. Raised by parents who didn’t affirm or love them unconditionally, nothing was ever good enough. While some men overcompensate by becoming aggressive, others lapse into passivity. Fearing wrong decisions, they avoid making them.

Other men, perhaps once confident leaders, experienced things in their marriage, church, or vocational life that shook them to the core. Now they constantly second-guess themselves, are unassertive, disengaged, and insecure.

Shattered dreams. There comes a time many men consider different aspects of their lives and think, “It isn’t going to get any better than this.” Perhaps they’ve gone as far as they can with their work. Career options are limited now. For others, the dreamed-of-success never materialized. In fact, outright failure in the form of firing or bankruptcy might have been the case. Health-wise the six-pack has turned into a keg. The life they dreamed of has turned into a monotonous and stale existence.

Overwhelmed. Part of leadership is the ability to make decisions. A man may be feeling overwhelmed by the number and complexity of the daily demands and decisions pressing on him. The paralysis of passivity takes over because it seems easier to do nothing. Using the tactic of avoidance he thinks the situation might change and so a decision won’t be needed, or someone else will make it for him.

“Push back.” Some men have the experience where, when they try to lead at home, their wives push back. If they try to initiate something, their wives feel they need to comment, control, criticize, or compare it. From the woman’s perspective she is just trying to help. From the man’s perspective it’s easier to just go along with her—at least outwardly. He would rather have relative peace in the home and be accused of being a poor leader than deal with the conflict and verbiage that ensues when he tries to lead. It is simply not worth the ordeal. Ironically, if in response to his wife pushing him he takes the lead, he feels like he is following her. And if he refuses, he is being passive and obstinate.

A word to husbands
Scripture has direction for men who won’t lead and their wives.

Ephesians 5:23 says, “For a husband is the head of his wife as Christ is the head of the church….” Headship means loving leadership. This is required of all husbands, including the passive. But it can be accomplished only through the Holy Spirit’s power and filling (5:18). Only by the Spirit can you recognize and overcome your passive behaviour. It is by confessing your passivity and then surrendering to the Spirit that you will be given the ability to lead.

A word to wives
Ephesians 5:33 says, “…the wife must respect her husband.” Several things flesh that respect out.

Summing up: Be agreeable, be sympathetic, be loving, be compassionate, be humble. That goes for all of you, no exceptions. No retaliation. No sharp-tongued sarcasm. Instead, bless—that's your job, to bless. (1 Peter 3:8-9 MSG)