When Your Mother Thinks You're Crazy 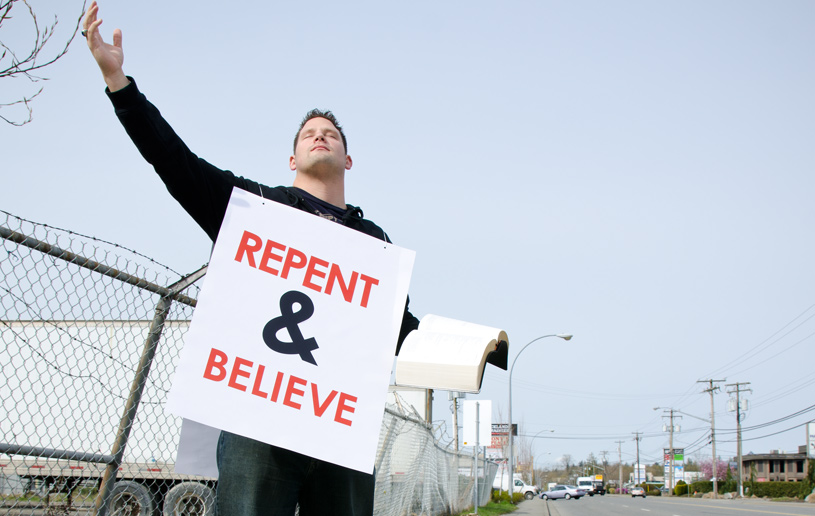 As told by Mary, the mother of Jesus, about 33 AD

For so long He had been such a good son. Doing good work in the family carpentry business along side His father all these years. We built a solid reputation in the town of Nazareth. I was so proud of my son Jesus.

True there had been strange things, God-things, about Him from before He was conceived. Angels were involved in His birth. And then later when the magi came and we fled to Egypt. When all that happened I didn't know what to presume. I pondered what it meant and what to expect.

Then there was that episode in the temple with the teachers when He was 12. When all that happened I didn't know what to think. But things settled down and were pretty normal. I've pondered what it meant and wondered what to expect. But I never expected this.

I think it was the influence of His wild cousin John. He's from Elizabeth's side of the family, you know. That boy just isn't right. He lives in the wilderness, acting like he is the prophet Elijah. But ever since John baptized Jesus in the Jordan, and after that 40 days in the wilderness without food and water Jesus has become… well, different.

He suddenly quit the family business and became an itinerant preacher! I mean, who does that? And then one day He came to the synagogue in Nazareth where all our friends and family were. It all began well and I was so proud of Him. But then He said some harsh things about us and by the time He was finished everybody was absolutely furious! They grabbed Him and dragged Him out and were actually going to throw Him off a cliff! (Luke 4:14-28). Fortunately He managed to get away…this time.

Tell me, why would Jesus do that and say those things? What is wrong with Him? I was beside myself. I was hurt, embarrassed, and afraid for Him. He left home and is now living in Capernaum.

Word came one day that He was at home in Capernaum and people said He was healing people and casting out demons—wild stuff. I thought, this is enough! Poor Jesus is out of His mind. Everyone around here thinks that. Some even think He's demonized and in league with the Beelzebub, the devil himself.

Finally, my other sons and I went to Capernaum to get Him and bring Him home. Jesus had a huge crowd of people at His house, so we sent word to Him we were there looking for Him. And all He said was, “Who are My mother and My brothers?” And then pointing to the crowd said, “Behold, My mother and My brothers!” (Mark 3:31-35 NASB) I was hurt! I knew then He wasn't in His right mind!

Have you ever been misunderstood by your family because you were trying to do God's will? As Jesus experienced, they may think you are crazy. He paid a price to do the Father's will. That price of bearing the knowledge that His family thought He was out of His mind.

Because that happened to Jesus it can happen to us, His followers, too. Often when we start to follow Christ, our family and friends don't understand. They may think we have lost our minds. They may reject and even disown us.

Jesus gives us one truth that helps soften the blow of rejection by our earthly family. He asserts in Mark 3:34, 35 that those who do His will are closer to Him than real family. For believers there is a kinship and bond that ties us closer than any earthly bonds. It isn't flesh and blood that bind us. Flesh and blood will not inherit the kingdom. We become part of the family of God. We are one in the Lord as a result of the work of none other than the Holy Spirit of God.

And that is our comfort when our own family thinks we are out of our minds for our faith in Christ. The Lord promises that “…everyone who has left houses or brothers or sisters or father or mother or wife or children or fields for my sake will receive a hundred times as much and will inherit eternal life” (Matthew 19:29).

There's also comfort and encouragement for us by remembering that eventually Mary and her sons, Jesus' brothers, came to know who Jesus was and what He was doing. They even went on to play significant roles in the formation of Scripture and of the Early Church.

For you and me, being a loving witness can be just the thing to impact our family—these same ones who think we're crazy now.