When Santa Fails to Deliver 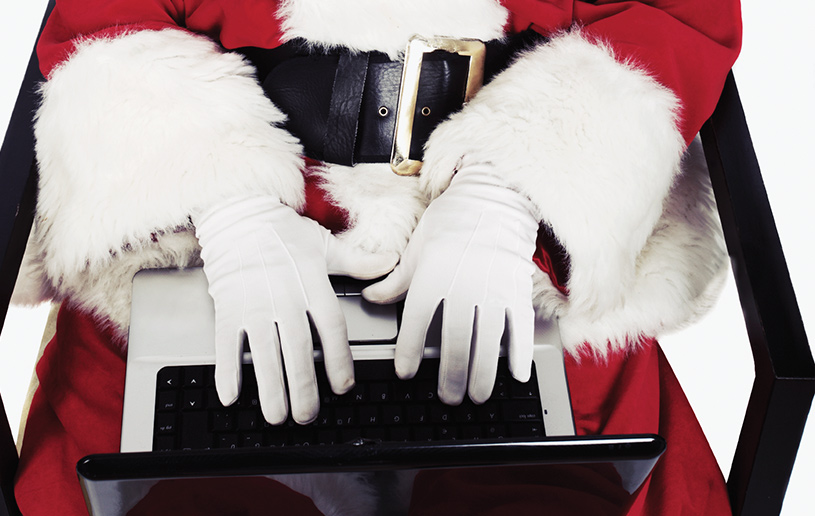 An old proverb says, “Promises are like babies: easy to make, hard to deliver.” That is so true! How easy for us to make a promise, say words of intention, yet which may only be of as much substance as the air it took to utter it.

Once spoken, promises carry a weight that may be difficult to bring to full term and delivery. People, circumstances, and resources change resulting in promises going unfulfilled. There is very little in this life that is as disappointing as an unfulfilled or broken promise. Promises made to us fill our sails with hope. Promises broken take the wind out of our sails.

When I first heard about the Christian men's organization called Promise Keepers, I jokingly said to my wife that I was going to start a rival group called Promise Breakers. I thought it might get a bigger following since we all struggle with keeping promises. She was not amused.

Even Christians, children of the promise (Galatians 4:27-29) are not immune from promise breaking. Maybe you promised your children you would give them something, or take them somewhere, and then didn't. Or as a child you made a promise to your parents saying you would do something and then didn't. All of us can likely remember broken promises.

Hope is a wonderful feeling. We love living with hope in our hearts. We even infuse events with promise—births, anniversaries, and reunions often hold a sense of unspoken promise. New relationships bring hope that the experience will be full of love, joy, and satisfaction. And when it comes to sports events we cheer hoping our team will win.

One of the biggest events to hold promise for us is Christmas. There is an expectation, an unspoken promise of joy and fulfilment, particularly when we are younger. But all too often Santa, family, or the Christmas celebrations themselves fail to deliver leaving disappointment and discouragement in their wake. Truth be known, much of the cynicism, lack of enthusiasm, and low expectations we adults express is due to the repeated disappointment of unrequited hope and unfulfilled promises of Christmases long past.

In contrast to Him and His power we are weak and changeable and subject to circumstances. Even the events we place expectation on are subject to things out of our control.

Another old proverb says, “When a man repeats a promise again and again, he means to fail you.” But that is not true with God, who repeated His promise of a Messiah again and again and ultimately fulfilled it. Beginning in Genesis 3:15 with the promise to the serpent of a seed of the woman who would crush Satan's head, and throughout Scripture and history God made promise after promise. And on that first Christmas the long-promised and long-hoped-for Deliverer was born. God delivered His promise in the form of His Son, our Saviour.

What does all this mean for us who are children of the promise?

First, it means, that we need to be people who keep our promises, our word, and in so doing be imitators of our Father. Don't make promises rashly. Don't be guilty of over-promising and under-delivering. Be true to your promises. Perhaps you remember something you promised to do and never did. Is it too late to keep that promise? If you can't fulfil it, can you ask forgiveness for breaking your promise?

Secondly, as children of the promise we need to recognize afresh that only the Lord is truly faithful to His Word. He alone is worthy of our ultimate trust. We sometimes place expectations on people or events that will ultimately fail us. We expect things of them that only the Lord can fulfil. In doing so, we set ourselves up for disappointment and resentment.

Finally, we need to recognize where we have disappointment because we had unfulfilled expectations of promises made to us. Even as adults many of us still carry around those hurts experienced as children. We need to let those people “off the hook.” In so doing we can release the hurt, disappointment, and, where applicable, root out our cynicism.