What’s the Difference between Beliefs and Values? | Insight for Living Canada
Skip to main content

What’s the Difference between Beliefs and Values? 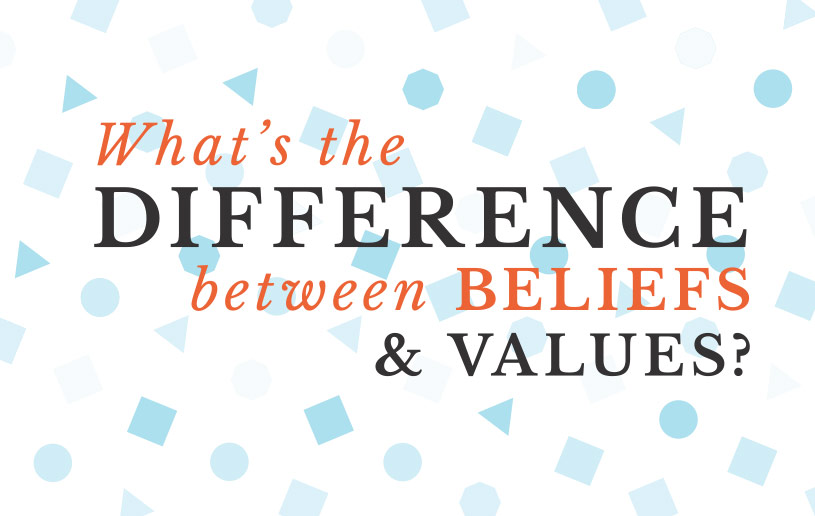 Before I was married I attended pre-engagement counselling. At one counselling session my boyfriend and I were given a take-home assignment called a values worksheet where we were to cut out words and arrange them in order of importance. The sheet was comprised of words like “family,” “faith,” “social justice,” “generosity,” “health,” etc.

After we had completed our worksheet we compared our results. It was a bit of a shock—maybe we weren’t quite as alike as we thought. In fact, our top three words weren’t even the same! We had a long discussion about the assignment and it turned out we viewed values in different ways. My boyfriend saw them as unmovable pillars in his life; I thought they were more like priorities, which could change over time.

As I think about values I see how I didn’t understand them and was, in fact, mixing them up with my beliefs. Perhaps I wasn’t self-aware enough to understand what my values were, or too distracted with getting married to look deep enough. At any rate, it caused stress in our relationship until we worked it out.

Turns out I’m not the only one who confuses values and beliefs—many people do. So here are the definitions. Values motivate our actions and help us make decisions. They are universal concepts, which unite people. Values can include concepts like fairness, justice, freedom, and equality. Beliefs are assumptions we hold to be true—and may or may not be based on facts. Beliefs can be rigid, causing divisions, and range from what we believe about creation to what foods we choose to eat.

So why is this important? First of all, we can’t expect people to believe everything we believe. It’s rare to find two people who hold the exact same assumption about every single thing on earth. This is why we learn skills like compromise and conflict resolution. If we live life expecting others to conform to our belief system we will become frustrated and disillusioned, especially if that person is our spouse.

However, differences in values can be more serious in a relationship. If two people have different core values, for example one values charity and the other values wealth, there will be constant conflict. And if one values faith and the other is turned off by it...well you can see the problems there.

In my case, when we spoke about our experience with our counsellors we were challenged to decide if our differences were things we could respect and appreciate about each other or if they were impossible to overcome. Over the years of our marriage there have been many opportunities for me to see our differences playing out but also cherish the values we share. 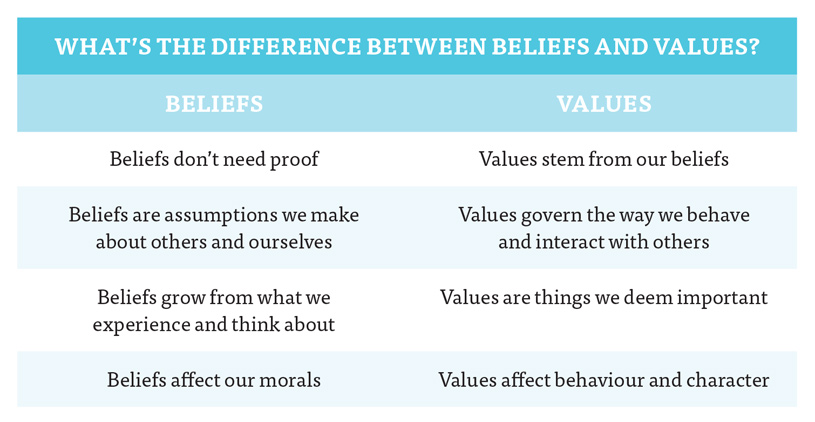 Audio series you may enjoy

Subscribe to our monthly magazine
Date:
June 6, 2017
Type:
Topic:
Back to Top