What About Bob? | Insight for Living Canada
Skip to main content 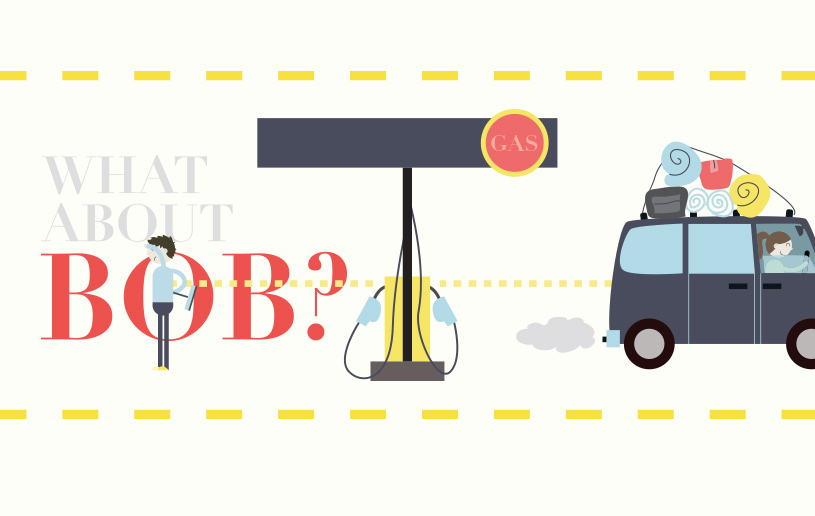 Bob and Audrey Meisner of Winnipeg, Manitoba can feed you some of the finest spaghetti and meatballs this side of Italy. They can also tell you one of the funniest stories this side of anywhere. A true story punctuated by Audrey's contagious laughter and Bob's soft chuckle. Audrey is glad for that chuckle. After the first few minutes of listening to their story, I began to understand why.

Thanksgiving weekend began the way the Meisners had planned. Piling a full-size van high with mattresses, sleeping bags, and children, they drove 1,000 miles through the flatlands of Manitoba to the in-laws in Michigan.

The weekend was filled with relatives. With turkey. And lots of laughter. Sunday night they waved their goodbyes and headed for home, driving through the night and arriving in Minneapolis the next morning. When Audrey offered to drive, Bob clambered toward the back, where he disappeared behind some sleeping bags and drifted off to sleep.

An hour and a half later, Audrey pulled into a rest stop as quietly as she could, hoping the family would sleep on. After using the restroom, Audrey climbed back into the van, stirred some coffee, took a long sip, and pulled back onto the freeway. Two hours passed quickly as she tapped her fingers to a country gospel station and spun the dial sampling talk shows. When she arrived in Fargo, North Dakota, the kids began to wake up. But not Bob. Wow, he's tired, thought Audrey.

Suddenly the peacefulness of the night was shattered. “Where's Daddy?”

“Very funny,” said Audrey, adjusting the rear-view mirror. “He's back there sleeping…isn't he?”

The children began pushing pillows aside, looking for Daddy. “Nope,” said her seven-year-old, “he's not back here.”

“Do you think maybe he got raptured? You know, Mom, you've been talking about when Jesus comes to get us?”

But Audrey wasn't laughing. Panic, worry, and fear overtook her as she sought the next exit. Should she turn around and go back? She had no idea where the rest area was. Was it two hours ago? Three? “Calm down, Audrey,” she told herself. “Dear Lord,” she prayed, “Help me find Bob. And please keep him safe, wherever he is.”

Pulling into a truck stop, she picked up a pay phone and called the police. “Um…I…uh…left my husband in Minnesota,” she told the officer. “At…well…at a rest stop.”

There was a moment of silence. “Sorry, could you repeat that?”

After a few minutes punctuated by desperation, Audrey was able to convince him that this was no joke, that she had left her husband, but not intentionally, although he might be thinking so.

“Tell you what,” said the state patrol officer, “You hang on. I'll get all the numbers of the rest stops in that area. You don't go anywhere now, ya hear?”

After thanking the officer for his help, she started down the list. One number after another. Each phone call was met with surprise, but no success. Almost out of hope, she dialed the very last number on the list. “Do you have a guy there who…?”

“Yaw, I shore do,” said a thick Norwegian accent.

Moments later, Bob was on the phone. “Honey…I'm so sorry,” said Audrey. “I didn't mean to…” Audrey started to cry. And Bob started to laugh.

Two hours earlier he had climbed out of the van to use the restroom. But when he came back, the van was gone. “Ha,” said Bob out loud. “Very funny.” He walked around the service station three times, expecting to find them grinning around the next corner. But they were nowhere to be found. “She wouldn't leave me like this,” said Bob even louder. “Would she?”

To pass the time, Bob spent the hours washing people's windshields and praying that God would speak loudly to his wife, perhaps give her a flat tire or something. He even climbed in with a trucker, who needed some spiritual encouragement. “You know,” the trucker told Bob, “this time with you was a divine appointment. I really needed this.”

Early the next morning, Bob watched the headlights of a very familiar van pull into the rest stop. He stopped cleaning windshields and breathed a huge sigh of relief.

“We've had plenty of chuckles over this one,” says Bob. “But it was like something out of a horror movie at first. Then I thought, Well, make the most of it. So I did. Sometimes the only thing I can control is my outlook. My response. This was definitely one of those times.”

Audrey learned a few things too. “It seems the only time I really learn is when there's nowhere else to turn but to God,” she admits. “That night I learned the importance of casting all my cares on Him. They are His, and He is completely trustworthy.

“And of course I learned that it's always a good idea to count bodies before you pull out onto the freeway.”

Subscribe to our monthly magazine
Date:
August 23, 2012
Type:
Topic:
Back to Top