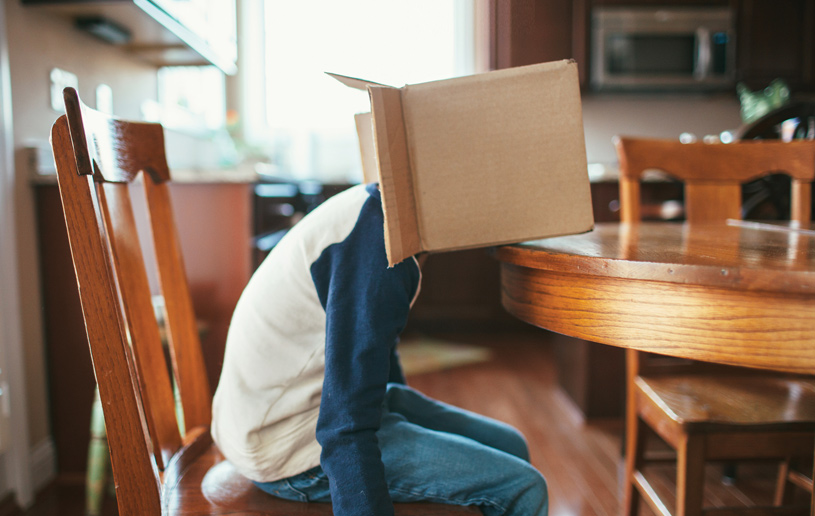 I grumble. I gripe. I have grievances. Sometimes my whining gets on my wife’s nerves. She says, “You should quit whining, Phil.” But I tell her, “I don’t like your tone of voice, Sweetie, it’s beginning to bother me.” I hate to admit it, but I have won the Wimbledon of Whining and the Grand Slam of Bellyaching all in the same week. These are the things I have found myself complaining about lately:

In the midst of my whining, something happened. Our family took a trip to a third-world country with Compassion. While we were there, God hit me with the shallowness of my outlook on life.

The vast majority of these kids don’t stand at the fridge wondering what’s for supper. There is no fridge. There is no supper. Most of them don’t know who their father is.

I held children who were orphaned when their fathers were electrocuted trying to tap into power lines so the family could have one bare light bulb in their house.

We stood in a village that a hurricane had completely levelled. Except for a church and the Compassion building. They told me the miraculous story with faces beaming. Yes, they’d lost everything. Yes, their homes had blown away. But the church was still standing.

And there I stood in mid-grumble. The guy who gripes about the weather and lights left on and waiting on doctors. These people have never seen a doctor. I’m the guy with trivial complaints like the fact that I’m losing my hair; that it has gone underground and is coming out my ears. What on earth do I have to complain about? My grumbling had been the death of my thanksgiving.

On the day we visited our sponsored child Carlos, the temperature was almost unbearable and we ran out of bottled water. Never in my short life had I experienced such raging thirst. Suddenly Carlos’ stepmother pulled from a small icebox the greatest gift imaginable: an ice-cold bottle of Coca Cola. I ran my fingers over that bottle and giggled like a fourth grader who had just heard the funniest joke imaginable. I held that bottle up to the light then sipped it slowly, relishing every drop as they crawled one by one down my eager throat. I have tasted Coca Cola since and I am amazed that they no longer use that glorious recipe. This drink was nectar straight from heaven. This drink was a companion and a friend and a teacher. It taught me a glorious secret to the joyful Christian life: give thanks for each and every blessing while we hold it in our hand.

On the long flight home, I wrote a list of things I’m thankful for now that we’ve been in the Third World:

Things still happen throughout my day that push my “whine” button. But more and more I’m learning to stop myself in mid-whine and let it give way to thanksgiving. This morning as I looked into the mirror, I found myself giving thanks for a comb and a toothbrush. Even if I only need one of them.

Subscribe to our monthly magazine
Date:
July 15, 2014
Type:
Topic:
Back to Top