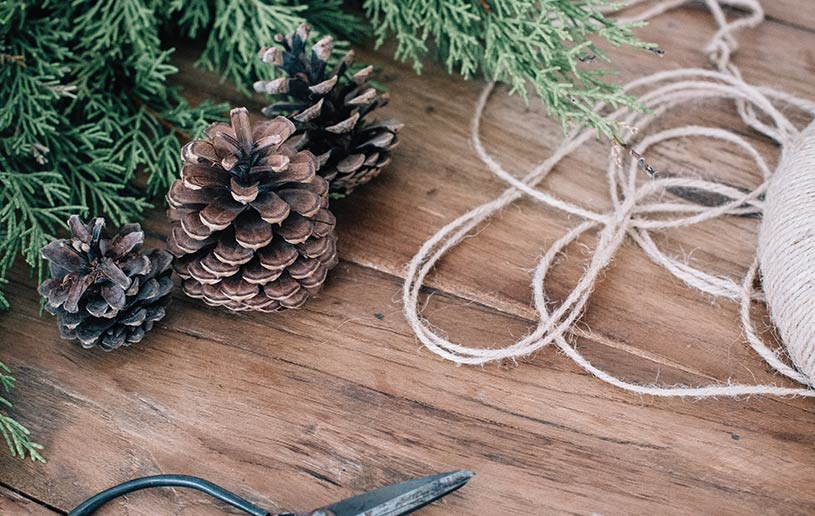 I remember as a boy one Christmas asking for a BB gun. I could relate to Ralphie from the hit movie, A Christmas Story. In fact, we were so identical we could have been twins! My mother was against me having a BB gun because she was afraid that—you guessed it—I would put my eye out with that thing!

The scene in my house that Christmas morning was virtually identical to the scene from the movie. Like little Ralphie, after tearing through all my gifts I languished in waves of disappointment. Then my dad pointed out one more treasure hidden behind the tree. It turned out to be my dream come true: a model 1894 Winchester BB gun. Christmas disappointment didn’t last that year.

Back to the question, “What do you expect from Christmas?” More pointedly, do you expect all the goings on and doings to give you true and lasting joy? Inner peace? A sense of bonhomie toward all men?

I ask because I believe we bring expectations to every Christmas season. We expect fulfilment of an unstated promise to ourselves that the goings on and doings surrounding the celebration of the birth of Christ will satisfy our deep needs. But the nature of these needs is such that Christmas, even with all it has to offer, inevitably fails to live up to the hype.

Misplaced expectations surrounding the birth of Christ are not new. By mentally reviewing the characters in that first Christmas drama, the case could be made for saying the only people whose expectations seem to be met were Anna and Simeon. Simeon had received a revelation about the coming Messiah from the Holy Spirit so he was expectant (Luke 2:26), and Anna lived at the temple “looking for the redemption of Israel” (Luke 2:38).

Everybody else—Joseph, Mary, the Shepherds, the Magi, Herod, and Jerusalem—was not expecting things to be the way they were. Joseph signed on expecting a normal engagement and marriage. But everything changed when his fiancé announced she was pregnant.

Mary got engaged to Joseph expecting a normal life. But when the angel visited, her expectations changed. Nothing from that point on was what she expected.

The lowly Shepherds clocked in for the night shift, never expecting to hear angelic messengers or visit a baby born in a stable and lying in a manger. Jesus’ arrival completely altered their lives and they went home rejoicing.

The Magi trekked from a distance expecting to find a king surrounded by palatial surroundings. When they showed up at the palace, Jesus wasn’t there. Instead they found Him in the house of a carpenter in a little village.

Scripture tells us “King Herod was deeply disturbed when he heard this, as was everyone in Jerusalem” (Matthew 2:3). Herod was not expecting to hear of a new king being born. When he did, he perceived it as a threat to his earthly throne. As for Jerusalem, the people weren’t expecting another King to be born either.

All the expectations were misplaced, perhaps even misguided. Everyone at some point was looking at the goings on and doings around the birth rather than at this One who was born. But the actual coming of Christ fulfilled God’s promise to provide what humanity needed as nothing and no one else could. Jesus Himself, and He alone, in who He is and what He does, is the fulfilment. He is God’s answer to humanity’s deepest need. In Him, by Him, and through Him, is Life. Eventually all the Christmas story characters except Herod and Jerusalem recognized this about Jesus and, in faith, refocused their expectations on Him.

At Christmas we need this reminder again. It’s not the pageants, bright lights, concerts, presents, or the myriad of other goings on and doings that we engage in this Christmas that will meet our deepest needs. It will only be Jesus Himself. To expect anything other than Him to satisfy us is to invite disappointment. And disappointment won’t disappoint us—it will show up.

So, by all means let’s enjoy our Christmas activities. But let’s check our expectations, even now. Where are we placing them? Let’s use the goings on and doings as signs pointing to the real Gift who alone can truly satisfy our needs. He won’t disappoint us this Christmas.