Treasures Hidden in the Darkness: the Katherine and Jay Wolf Story | Insight for Living Canada
Skip to main content

Treasures Hidden in the Darkness: the Katherine and Jay Wolf Story 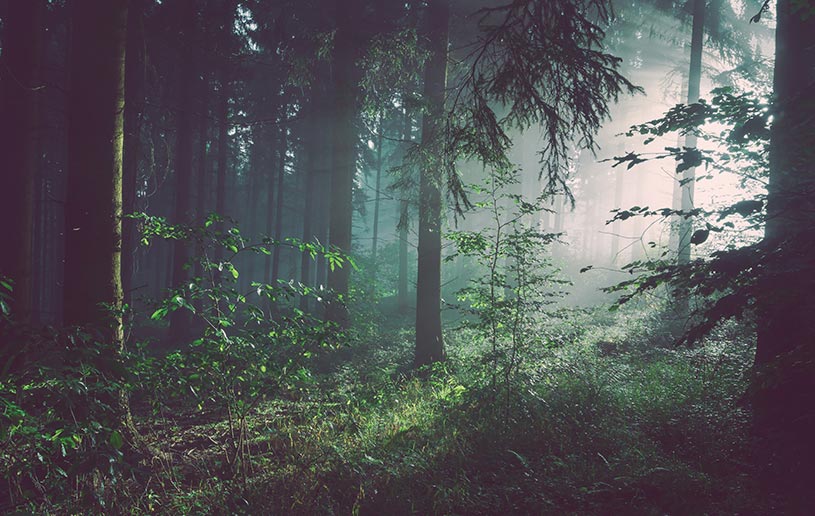 I will give you treasures hidden in the darkness—
secret riches. I will do this so you may know
that I am the LORD, the God of Israel,
the one who calls you by name.
Isaiah 45:3

Katherine listened to the muffled sounds of her family playing with her infant son. She breathed in the smells of Thanksgiving. She peeked up and tried to focus her vision, but the scene blurred. While her family celebrated, Katherine sat in her wheelchair. Not strong enough to hold up her head, her face slumped toward her chest. She had loved motherhood, but now she couldn’t care for her son. A Southerner, she had loved food—not just the taste of it, but the community it created. She and her husband had met in their university’s cafeteria and bonded over food. Now, four years later at Thanksgiving, she couldn’t even swallow…and hadn’t been able to for months.

God made a mistake, she thought. I should have died.

We all have ideas about how our lives should go—dreams we plan for. When complications arise, we view them as detours and focus on getting “back on track.”

But what if our worst detours are really paths to our best destinations?

Jay and Katherine Wolf met in 2000 at Samford University in Alabama. November 2004, they married and moved to California, where Jay studied law at Pepperdine while Katherine pursued modelling. They quickly plugged into a local church as ministry leaders. Just before Jay’s final semester, they welcomed a son, James. All their dreams were coming true. Katherine and James even did modelling gigs together!

April 21, 2008—six months and five days after James took his first breath—Jay stared into his wife’s dilated pupils, screaming. Katherine had been cooking during James’ nap when her hands went numb. Suddenly, the television volume became unbearable. Katherine managed to turn it off as her arms and legs lost feeling too. Jay “just happened” to be home between classes. When he found Katherine, he had no idea he was looking into the face of a woman whose brain was rupturing. In an instant, their dreams hung by a thread.

An arteriovenous malformation had burst in Katherine’s brain, causing a massive stroke. Surgery to remove over half her cerebellum offered a slim chance of survival. Most neurosurgeons wouldn’t have attempted the procedure, but when Dr. Nestor Gonzalez saw Jay’s eyes, he knew he had to try. Sixteen hours later, Katherine had survived but, Dr. Gonzalez warned, she might be in a permanent vegetative state or paralyzed.

Within two hours, Katherine miraculously began responding to commands with her fingers! However, she couldn’t open her eyes for another day. Then for weeks, with a trach in her throat and many severed nerves, she couldn’t speak, swallow, or walk. Sight, hearing, and movement were all limited. After 40 days in the ICU, she transferred to a neuro rehabilitation centre for over a year.

Jay remembers his devastation upon seeing his once vibrant wife hooked up to machines. Her face and abilities were forever changed. When she began speaking, he didn’t recognize her voice. But her movements in those early hours were a sign; Jay knew she would be OK.

Deep within, peace calmed Katherine too. In those first dark moments, before she could communicate with anyone, the truth of Scripture—hidden in her heart since she was a little girl—carried her spirit. She knew God was working for good, He was in her, and she was fearfully and wonderfully made—even in this condition.

Yet, seven months later, Katherine questioned God. Surely, THIS wasn’t His plan. Instantly, she felt His response: “I don’t make mistakes. There is purpose in all of this. Just wait. You’ll see.”

Eleven months after the stroke, Katherine began eating. Eighteen months after, she began walking. But it took four years altogether for Katherine to accept her new life, not as a detour, but as a destination. She realized that while she might never be physically healed on earth, hope could heal her heart…and THAT was all she really needed.

In 2013, Katherine and Jay started Hope Heals, a ministry dedicated to helping people experience post-traumatic growth through the hope Jesus gives. In 2015, Katherine gave birth to John Nestor Wolf, named after Katherine’s neurosurgeon. (Nestor means “seeker of miracles.”) In 2016, the Wolfs wrote a book, which has sold more than 75,000 copies. Today, they’ve spoken to more than 200,000 people in 25 states and hosted a camp for nearly 600 individuals with disabilities. Across the country, they enter others’ suffering and invite them into theirs, encouraging them to fully embrace the life that God has allowed while also trusting Him enough to hold it loosely.

Amidst unthinkable heartbreak, the Wolfs have experienced the thrill of living a life that, by all logic, they should’ve lost. They’ve discovered that the message of the gospel is written into their story…and really, into all our stories. Like the Japanese art of Kintsugi, in which a potter creates priceless treasures by fusing broken pieces of porcelain together with gold, the Lord fills the cracks in our lives with the glowing gold of second chance.

“Seasons of darkness, sadness, and pain,” Katherine says, “can be where God is calling you to steward, to leverage, to even find treasure (Isaiah 45:3)…I lost so much, but I gained a deep sense of how I want to use my life.”

Do they ever regret their daily decision to choose contentment and stay together—for better or for worse? The Wolfs quickly point out that while their circumstances are extreme, they face the same challenges we all do. Katherine’s face may look different, but don’t we all struggle with feeling normal? Her mobility is limited, but don’t we all feel trapped sometimes? Don’t we all change as we age? At some point, every spouse thinks, This isn’t what I signed up for!

“Staying,” Jay says, “has been the most gloriously difficult experience of our lives. The gift of living life with Katherine is transformational…The loss of leaving would have been so much more monumental than the losses we have experienced together.”

The Wolfs’ suffering has enabled them to live purposely without regret. As Jay says, “All of this—the opportunity to be parents together, to be in ministry together, to work together, to be married, to deal with disabilities—all are opportunities for grace, to give and receive grace, to allow others to enter into our lives and to pour ourselves into theirs.”

It’s the treasure they’ve found on the darkest of “detours,” the purest riches hidden in the secret places—the dream they never could have planned for.