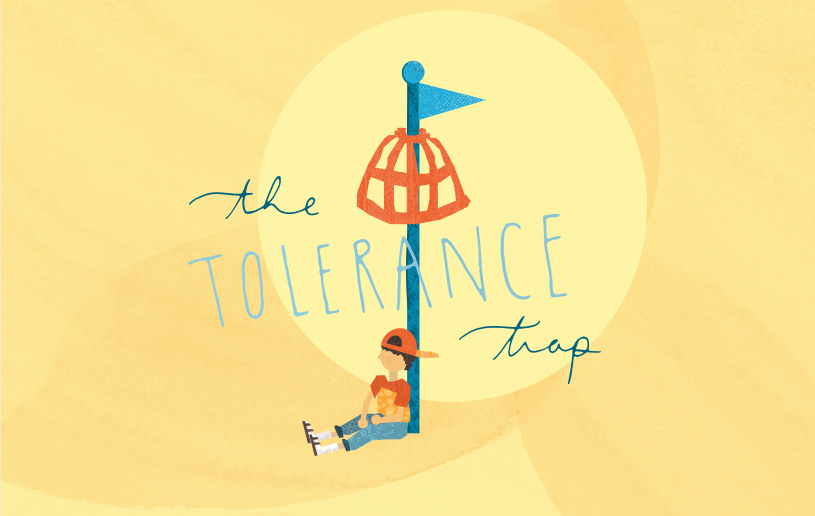 Over the past 25 years one of the most significant shifts in history has taken place and many Christians have missed it—worse yet, they’ve been trapped and muzzled by it.

I’m talking about the shift regarding tolerance. Tolerance has become the cardinal virtue, the sole absolute of our society. It is promoted by the government, the media, and taught in our schools.

Traditionally tolerance meant recognizing and respecting others' beliefs and practices without necessarily agreeing or sympathizing with them. But today's definition is vastly different. This new tolerance considers every individual's beliefs, values, lifestyle and truth claims as equally valid. In fact, the new tolerance goes beyond respecting a person's rights; it demands praise and endorsement of that person's beliefs, values, and lifestyle.

Furthermore, the issue is no longer about the truth of the message, but the right to proclaim it. If you seek to express personal views at odds with others, you are branded as intolerant—the unpardonable sin of today’s culture. If you reject another’s views you are automatically accused of disrespecting the individual or whatever group he or she belongs to. It seems no idea can be opposed, even if done graciously, without inviting the charge of incivility. In our new cultural climate, any unpopular message can be labelled "intolerant" and be repressed.

This idea that all views are equally valid is fatally flawed. It self-destructs because it asserts two truths: the “truth” that there is no truth—clearly a conflict—and the truth that we all have a moral obligation to be tolerant. When tolerance means that all views are equally valid and true, then no one is ever truly tolerant because no one is ever neutral about his own views. If he were, he would not be making a fuss against intolerance. Such self-contradictions show that the modern notion of tolerance is seriously misguided.

So what is the way out of this quagmire of confusion? Let me suggest three things.

First, know the truth.  Reaffirm your belief in the absolute truth of God’s Word. Jesus said to the Father, “Your Word is truth” (John 17:17 NIV). It is neither “a” truth, nor does it merely contain truths, but is the Truth. My inability to fully comprehend all of it doesn’t make it any less so. It’s the standard by which we judge all other ideas therefore we must be discerning when dealing with ideas. As someone once said, “Don’t be so open-minded your brains fall out.” Acknowledge that some ideas are better than others. Some are true and some are false. Some are brilliant, others are just plain stupid. Any other approach is foolish, even dangerous, because all ideas have consequences.

Second, speak the truth. Don’t be muzzled by the false concept of tolerance. "…If someone asks about your hope as a believer, always be ready to explain it. But do this in a gentle and respectful way" (1 Peter 3:15-16 NLT). As ambassadors for Christ we are armed with His truth to “destroy every proud obstacle that keeps people from knowing God…” (2 Corinthians 10:5). Whenever you are charged with intolerance, always ask for a definition. Point out the contradictions built into the new definition.

Finally, live the truth. Living the truth means living a life of love. It means treating people with deference and respect even when their views, behaviours, and lifestyles differ from ours. This is a higher calling and a harder path than to merely be tolerant, which is often little more than another word for indifference.

If you find yourself caught in the bondage and confusion of so-called tolerance, God’s Word will give you clarity. Jesus said, “…know the truth and the truth will set you free” (John 8:32).