Strengthening Your Grip On Prayer 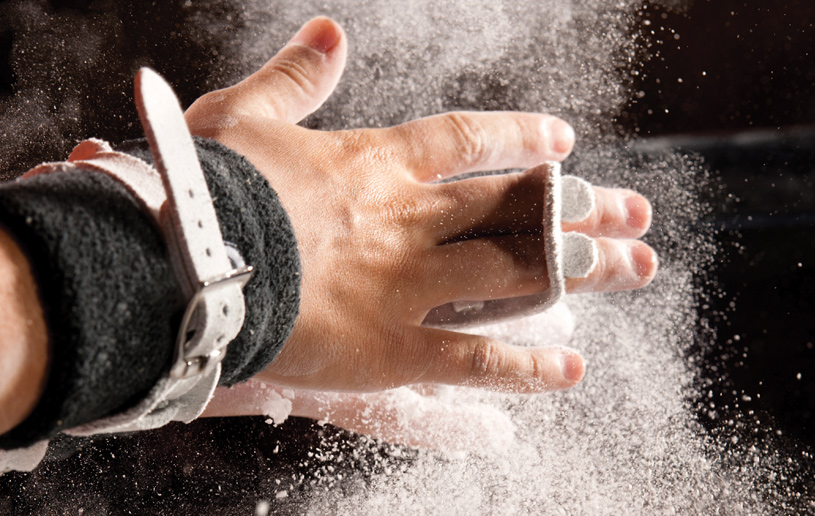 I should tell you up front that this is not going to be your basic religious-sounding statement on prayer. Sorry, I just don’t have it in me.

To be painfully honest with you, most of the stuff I have ever read or heard said about prayer has either left me under a ton-and-a-half truckload of guilt or wearied me with pious-sounding clichés and meaningless God-talk. Because I didn’t spend two or three gruelling hours a day on my knees as dear Dr. So-and-So did…or because I wasn’t able to weave dozens of Scripture verses through my prayer…or because I had not been successful in moving mountains, I picked up the distinct impression that I was out to lunch when it came to this part of the Christian life.

Maybe you’ve had a similar experience. Let’s see if there is something I can say that will help put prayer in a better light for you. Hopefully, you will see rather soon that it isn’t authentic prayer you’ve been struggling with but rather a caricature, a distortion, a pitiful imitation of the genuine item.

Religious people in Jesus’ day took their cues from the leaders of the synagogue—the Pharisees, the Sadducees, and the scribes. Didn’t they believe in prayer? Yes, indeed. They had a saying, “He who prays within his house surrounds it with a wall that is stronger than iron.” They only regretted they couldn’t pray all day long. And it was this intensity that caused prayer to degenerate from a flowing spontaneity to a rigid, packaged plan, dispensed routinely by the religious leaders. Prayer changed from privilege to an obligation. From pleasure in God’s presence to man-made requirements.

Is it any wonder prayer had lost its value? As it degenerated into an insignificant routine marked by overt hypocrisy and meaningless terms, coupled with a judgmental spirit, prayer hit the skids. Such high expectations that became impossible for the common person to achieve resulted in the entire act becoming a fleshly display proudly performed by the religious showmen. This explains why our Lord took them to task in His immortal Sermon on the Mount.

In that sermon, Jesus makes three strong statements (all of them negative) as He suggests a plan to follow if we want a satisfying and God-honouring prayer life.

1. DON’T BE HYPOCRITICAL (Matthew 6:1-2, 5, 16). Jesus reserved some of His strongest reproofs for hypocrisy. It is safe to say He despised it. The comment He repeats (for the sake of emphasis) is that those who do their thing to be seen get all the reward they will ever get now. He makes it clear there will be nothing gained later. Rather than making a cheap show of it, Jesus says: “But when you pray, go away by yourself, shut the door behind you, and pray to your Father in private. Then your Father, who sees everything, will reward you” (Matthew 6:6).

Prayer is never something we do to be seen. It loses its whole purpose if it becomes a platform to impress others. It is a private act of devotion, not a public demonstration of piety. According to Jesus, it belongs in the closet of our lives, an act done in secret.

2. DON’T USE A LOT OF REPETITION (Matthew 6:7-8). Christ never saw prayer as pleading or begging or hammering away at the throne of God. No, the Father knows His children; He knows what we need. Therefore, there is no reason to think that connecting with Him requires special words excessively repeated.

Now, let me be even more specific. Today, just as in Jesus’ day, there is no part of the Christian life more in need of freshness and spontaneity than prayer. Whether it is prayer from a pulpit, prayer at a church group gathering, prayer before meals, or prayer before a meeting, meaningless repetition abounds! Tired, overworked words and phrases keep returning. Break loose from those old bromides! For starters, I dare you to pray without using “bless” or “lead, guide, and direct” or “help so-and-so” or “Thy will” or “each and every” or any number of those institutionalized, galvanized terms. I dare you!

Try listening to new Christians pray. I’m referring to those who are fresh from birth—who haven’t learned “how to do it” yet, thank goodness. They talk to God like He’s their friend, they use street terms anybody can understand, and they occasionally laugh or cry. It’s just beautiful. Or when you pray before meals, have each person at the table give thanks in prayer for each specific food dish being served. The point is clear: guard against meaningless verbiage.

Prayer includes praise and thanksgiving, intercession and petition, meditation, and confession. In prayer, we focus fully on God, we capture renewed zeal to continue, we gain a wider view of life, and we obtain an increased determination to endure. As we strengthen our grip on prayer, it is amazing how it alters our whole perspective. When you and I pray, we change, and that is one of the major reasons prayer is such a therapy that counteracts anxiety.

Prayer was never intended to make us feel guilty. It was never intended as a verbal marathon for only the initiated. Real prayer—the kind of prayer that Jesus mentioned and modelled—is realistic, spontaneous, down-to-earth communication with the living Lord that results in a relief of personal anxiety and a calm assurance that our God is in full control of our circumstances.