Strengthening Your Grip On Money 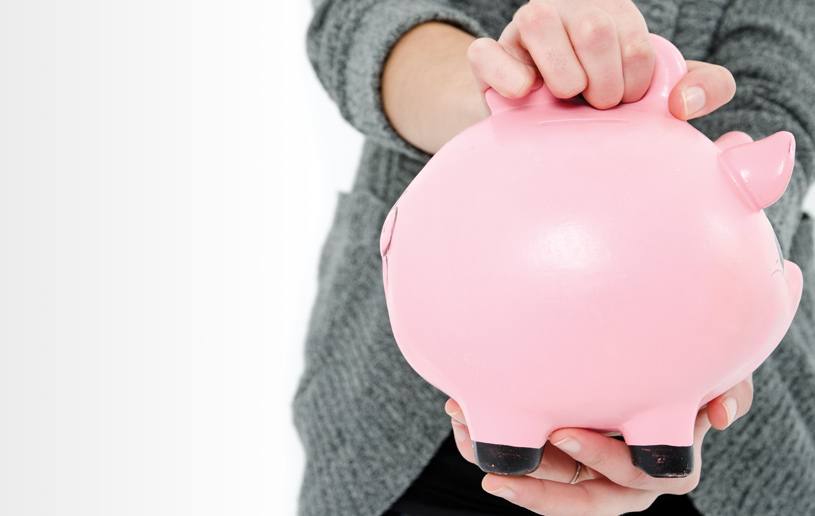 Now there's a fitting title! Especially in a day when our chequing accounts need month-to-month resuscitation to survive mind-numbing government deficits and debts. Unlike those who receive incredible salaries for playing games, making movies, singing songs, and pumping oil, most of us are forced to face the fact that the only way we'll ever see daylight is to moonlight. Even then we feel like nothing more than members of the debt set. So when somebody mentions that there is a way to strengthen our grip on money, we listen.

Don't misunderstand. I'm not interested in promoting greed. We get enough of that mercenary jungle fighting on the job every day. Added to that, the flame of materialism is fanned anew each evening, thanks to loud commercials that pound their way into our heads. But even though we may get weary of that drumbeat, none can deny that money plays an enormous role in all our lives…even when we keep our perspective and steer clear of greed. As is often said, money cannot bring happiness—but it certainly puts our creditors in a better frame of mind.

I agree with the late heavyweight boxing champ, Joe Louis: “I don't like money, actually, but it quiets my nerves.”

To the surprise of many people, the Bible says a lot about money. It talks about earning and spending, saving and giving, investing and even wasting our money. But in none of this does it ever suggest that money brings ultimate security. I love the proverb that paints this so vividly:

Do not wear yourself out to get rich;
have the wisdom to show restraint.
Cast but a glance at riches, and they
are gone,
for they will surely sprout wings
and fly off to the sky like an eagle.
(Proverbs 23:4-5 NIV)

Can't you just picture the scene? WHOOSH…and everything is gone for good.

This is not to say that money is evil. Or that those who have it are wicked. Let's once for all put to bed the old cliché: “God loves the poor and hates the rich.” Nowhere does God condemn the rich for being rich. For sure, He hates false gain, wrong motives for getting rich, and lack of compassionate generosity among the wealthy. But some of the godliest people in the Bible were exceedingly prosperous, even by today's standards: Job, Abraham, Joseph, David, Solomon, Josiah, Barnabas, Philemon, and Lydia, to name a few.

In my observation, both the prosperous and the poor must fight similar battles: envy of others and greed for more. Scripture clearly and frequently condemns both attitudes. This brings to mind a particular section of the Bible that addresses several of the attitudes that frequently accompany money.

In 1 Timothy, a letter written to a young man who was a pastor in Ephesus, the writer (Paul) dealt with the subject of money as he drew his thoughts to a close. While encouraging Timothy to carry on in spite of the odds against him, Paul exposed some of the characteristics of a religious fraud in chapter 6, verses 4 and 5:

He is conceited and understands nothing; but he has a morbid interest in controversial questions and disputes about words, out of which arise envy, strife, abusive language, evil suspicions, and constant friction between men of depraved mind and deprived of the truth, who suppose that godliness is a means of gain. (1 Timothy 6:4-5 NASB)

The Message renders the latter part of verse 5: “They think religion is a way to make a fast buck.”

Red flag! Keen-thinking Paul used this as a launching pad into one of the most helpful discussions of money in all the Bible. Read carefully the words that follow:

But godliness actually is a means of great gain when accompanied by contentment. For we have brought nothing into the world, so we cannot take anything out of it either. If we have food and covering, with these we shall be content.

But those who want to get rich fall into temptation and a snare and many foolish and harmful desires which plunge men into ruin and destruction. For the love of money is a root of all sorts of evil, and some by longing for it have wandered away from the faith and pierced themselves with many griefs.…

Instruct those who are rich in this present world not to be conceited or to fix their hope on the uncertainty of riches, but on God, who richly supplies us with all things to enjoy. Instruct them to do good, to be rich in good works, to be generous and ready to share, storing up for themselves the treasure of a good foundation for the future, so that they may take hold of that which is life indeed. (1 Timothy 6:6-10, 17-19)

Go back and check that out. The first series of thoughts is a reminder to those without much money. The second section is a warning to all who crave riches. The third is instruction to the wealthy.

To those who struggle to make ends meet, guard against being envious of the wealthy and work on being content with life as it is.

To those who would have to admit that the pursuit of more and more money is now a passionate drive, hear the warning again: if you don't come to terms with yourself, it's only a matter of time before you'll find yourself ensnared and miserable. In the process, you'll lose the very things you think money will buy—peace, happiness, love, and satisfaction.

And to those who are rich? Put away conceit, forget about finding ultimate security in your money, and cultivate generosity…tap into “the true life.”

Straight talk, but that's what it takes to strengthen our grip on money. Be honest now, are you gripping it or is it gripping you?