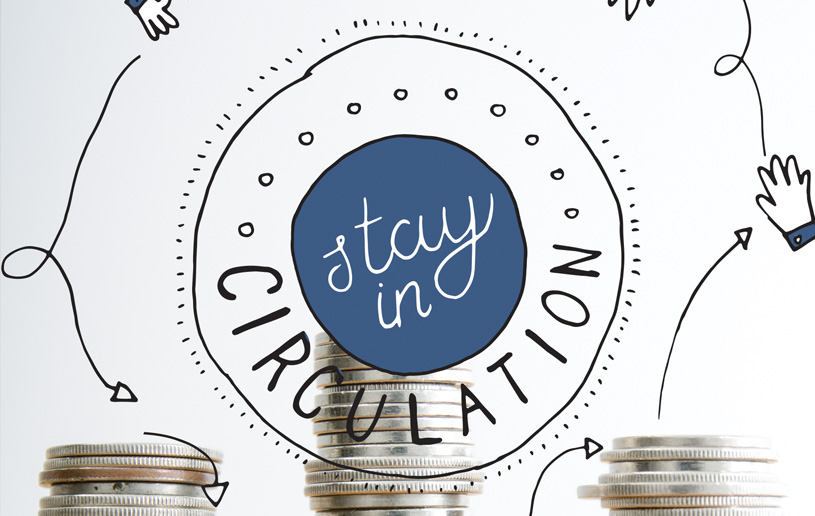 During the reign of Oliver Cromwell, the British government began to run low on silver for coins. Lord Cromwell sent his men on an investigation of the local cathedral to see if they could find any precious metal there. After investigating, they reported:

The only silver we could find is the statues of the saints standing in the corners.

To which the radical soldier and statesman of England replied:

Good! We'll melt down the saints and put them into circulation!

Not bad theology for a proper, strait-laced Lord Protector of the Isles! In just a few words, Cromwell's command stated the essence…the kernel…the practical goal of authentic Christianity. Not rows of silver saints, highly polished, frequently dusted, crammed into the corners of elegant cathedrals. Not plaster people cloaked in thin layers of untarnished silver and topped with a metallic halo. But real persons. Melted saints circulating through the mainstream of humanity. Bringing worth and value down where life transpires in the raw. Without the faint aura of stained glass, the electric modulation of the organ, and the familiar comforts of padded pews and dimmed lights. Out where bottom-line theology is top-shelf priority.

It's easy to kid ourselves. So easy. The Christian must guard against self-deception. We can begin to consider ourselves martyrs because we are in church twice on Sunday—really sacrificing by investing a few hours on the "day of rest." Listen, my friend, being among the saints is no sacrifice…it's a brief, choice privilege. The cost factor occurs on Monday or Tuesday…and during the rest of the week. That's when we're "melted down and put into circulation." That's when they go for the jugular. And it is remarkable how that monotonous workweek test discolours many a silver saint. "Sunday religion" may seem sufficient, but that's far from the truth.

It's the acid grind that takes the toll. Maybe that explains why words of the venerable prophet touch a nerve:

If you have raced with men on foot
and they have worn you out,
how can you compete with horses?
If you stumble in safe country,
how will you manage in the thickets by the Jordan?
(Jeremiah 12:5 NIV)

Doing battle in the steaming jungle calls for shock troops in super shape. No rhinestone cowboys can cut it among the swamps and insects of the gross world system. Sunday-go-to-meetin' silver saints in shining armour are simply out of circulation if that's the limit to their faith. Waging wilderness warfare calls for sweat…energy…keen strategy…determination…a good supply of ammunition…willingness to fight…refusal to surrender, even with the elephants tromping on your air hose.

And that is why we must be melted! It's all part of being "in circulation." Those who successfully wage war with silent heroism under relentless secular pressure—ah, they are the saints who know what it means to be melted.

You can opt for an easier path. Sure. You can keep your own record and come out smelling like a rose. A silver saint. Polished to a high-gloss sheen. Icily regular, cool and casual, consistently present…and safely out of circulation. Another touch-me-not whatnot…

Until the Lord calls for an investigation of the local cathedral.

Talk with God about it today.