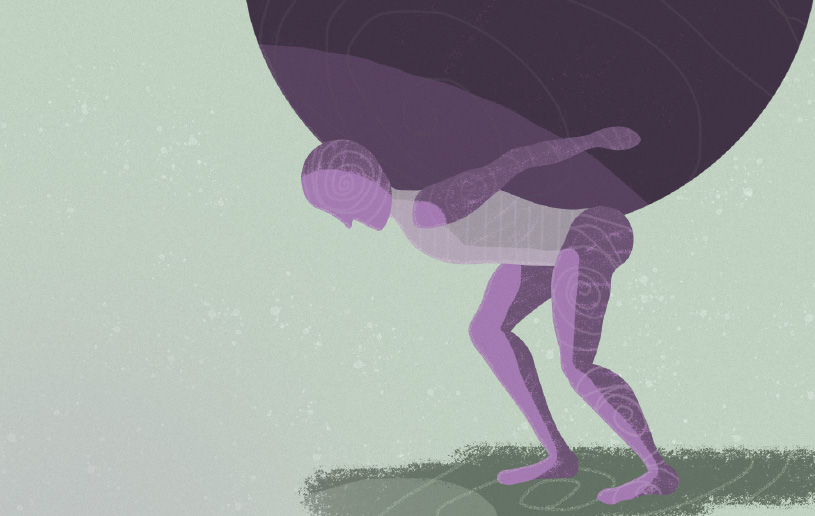 Christian humanism believes in the supernatural and teaches that even though man is sinful he has great worth and dignity because he is made in the image of God his creator.

Secular humanists believe God, angels, demons, Satan, and souls don’t exist. They reject the Bible and its teaching that God has revealed Himself, intervened miraculously in history, and is redeeming humanity.

Because they believe there is no God to save us, humanity must save itself. In the religion of secular humanism, man is his own god and the supreme authority. “If there is no God, then I am God” is the dictum. They believe man is the measure of all things. Because they don't believe God exists, they say the moral absolutes given by Him also don’t exist.

Secular humanists say values, law, justice, good, beauty, right and wrong, are all based on man-made creeds. This fundamental assumption impacts every aspect of life.

Without an objective moral code, secular humanist morality is relative and simply a set of social constructs situationally applied as society sees fit. One example of this is in the sexual revolution. All sexual inclinations and orientations are seen as legitimate and to be accepted, promoted, and indulged without guilt.

Rejecting supernaturalism, secular humanists hold to naturalism. Nature is everything. The universe was not created, it came into being by accident and is all that exists. Matter is eternal and spontaneously generated life and human beings through an evolutionary process. Whatever exists can be explained by natural causes. Only what is observable and measurable is real. There is no divine purpose for the universe or life after death.

Coupled with the belief that man is god is their assumption that man is basically good. Evil comes from outside people and societies rather than from within. That is why they work to remove the external societal trappings of racism and bigotry.

Secular humanists stand against nationalism, for globalism, and ultimately for one world government. They believe a socialist world economy is the only way to deal with the evil of disproportionate wealth distribution. They believe in the “right” of birth control, including abortion and that population growth must be curtailed.

It is worth noting as an aside that where the state has overwhelming control over its citizens, governments become officially atheistic. And when that happens there is nothing to stop them from doing anything for the “greater good” of the state.

There are many points of difference between the beliefs of Christians and secular humanists. But the major criticisms centre around three fundamental presuppositions: the existence of God, relative morals, and the basic goodness of mankind.

With regard to the existence of God, the design of the universe suggests a designer. The Bible says, “For ever since the world was created, people have seen the earth and sky. Through everything God made, they can clearly see his invisible qualities—his eternal power and divine nature. So they have no excuse for not knowing God” (Romans 1:20).

Secular humanists state that all morals and values are subjective and situational. But their system is self-defeating because many of their beliefs assume absolute values. They hold up values such as freedom and dignity and the right to die with dignity. But how can they make value judgments? It’s inconsistent to say murder is universally wrong, but morally right to commit suicide or kill babies by abortion.

As Christians, we believe there are absolute values and morals because God who created this world has designed it to work according to His attributes of goodness and love. It malfunctions when people do not live according to His will. The freedom and dignity of man is rooted in God’s creation of man in His image and life is sacred because it is a gift of God.

Secular humanism assumes that everyone is basically good and that evil is external to people, coming from societal ills. If the evils of society were eradicated evil behaviour would cease to exist. But working to remove the external societal trappings of racism and bigotry does not remove the evil of racism within the individual. Temporarily forcing evil people to act like good people has not and will not change society.

The Bible teaches that all humanity made its choice for evil in the person of Adam at the fall, and people personally choose to sin because we are sinners by nature. Sin has affected every part of our being. “No one is righteous—not even one... For everyone has sinned; we all fall short of God’s glorious standard...” (Romans 3:10, 23). Man, throughout his existence, has a history of cruelty, hate, and inhumanity to fellow humans.

The fundamental presuppositions of secular humanism are fatally flawed because they don’t correspond to reality. Humanity is sinful and because of that we cannot save ourselves.