The Secret of Letting Go 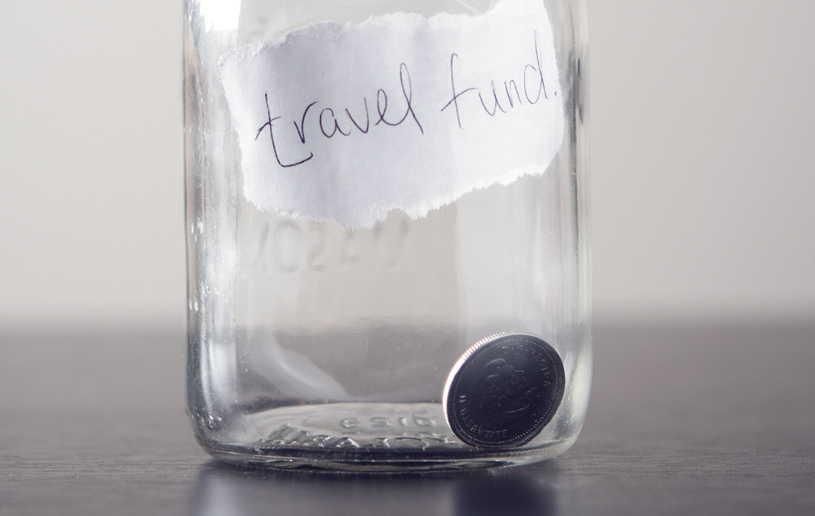 I’ll never forget the day my brother Orville dropped by my parents’ house before he and his family headed to South America as missionaries. Now, you have to appreciate the kind of man my father was. Look up the word responsible in the dictionary, and I’m surprised his picture isn’t there! To him, risks are for those who fail to plan. Responsible people leave nothing to chance. As far as he was concerned, faith is something you exercise when your three backup plans fall through and you have run out of every other option.

My brother, on the other hand, is stimulated by faith. He has lived his entire adult life on the raw edge of faith. To Orville, life doesn’t get exciting until God can get him through some specific challenge. That drove our Dad nuts!

After supper, my mother and sister went into the kitchen, leaving my father at one end of the table, Orville at the other, and me sitting on one side. Then it started.

“Son, how much money do you have for your long trip?”

Before he could change the subject, my father pressed the issue. “Son, you’re gettin’ ready to go down to South America! How much money have you got?”

With that, my brother dug into his pocket, pulled out a quarter, set it on its edge on his end of the table, then gave it a careful thump. It slowly rolled past me all the way to my father’s end of the table and fell into his hand. Dad said, “That’s all you’ve got?”

Orville broke into a big smile and said, “Yeah. Isn’t that exciting!”

That was not the word my father had in mind at the moment. After a heavy sigh and a very brief pause, Dad shook his head, looked up with a frown, and said, “Orville, I just don’t understand you.”

My brother grew serious. Looking Dad in the eyes, he answered, “No, Dad, you never have.”

I like to picture my brother and father as two ends of a pole used by a tightrope walker for balance. My brother leaned on faith alone and made very few hard-and-fast plans. I don’t know how he actually made the trip or how he and Erma Jean took care of all their little kids, but they never went hungry. And they served in South America for more than three decades. My father, on the other hand, was a man who emerged through the Great Depression. He lived in fear of poverty his whole life and never experienced the joy of trusting God in faith—the kind of faith that made my brother smile so big that day. My father was a believer, but he never understood the life of faith. Sometimes balancing these two extremes between faith and fear causes us as Christians some apprehension as we walk the tightrope of life. However, if God requires you to fall off the wire, fall on the side of faith.

It won’t be easy. Sacrifice doesn’t come naturally. It’s a discipline that requires faith—a trust that the Almighty will look after your needs in ways that you will never see until you allow Him the opportunity.

By the way, this principle of sacrifice extends into every area of our lives. Consider Abraham, for example. The Lord commanded the old man to sacrifice his only son—the very one through whom God had promised to fulfil His promises. When we read Genesis 22, we see that this faithful servant said by his actions, “Lord, You’re more to me than any relationship ever will be. If You tell me to put the most important person in the world to me on an altar, I’ll do it…I’ll sacrifice him.”

Unlike my brother, when Abraham rolled his quarter across the table, as it were, it landed in the hands of One who fully understood—and even rewarded—Abraham’s act of faith.

You may have someone who means a great deal to you, whom you need to give up. God asked Abraham to lay his son on a literal altar; yours will be figurative—an altar of the will. Sometimes, this sacrifice is more difficult than going without food or shelter. To give up someone we love often feels like the most senseless sacrifice of all, which only intensifies the pain.

You may be clinging to one of your adult children or a grandchild. She is moving in a direction that’s not your plan. Or, frankly, you may be afraid that she will do just fine without you. Either way…let her go. Release your grip. The word is sacrifice.

It is doubtful that God will expect you to surrender your life all at once. Instead, He patiently waits for you to sacrifice yourself in small amounts, one decision at a time, one day at a time, one person at a time, so that you might enjoy an ever-increasing intimacy with Him. Why do you hesitate?