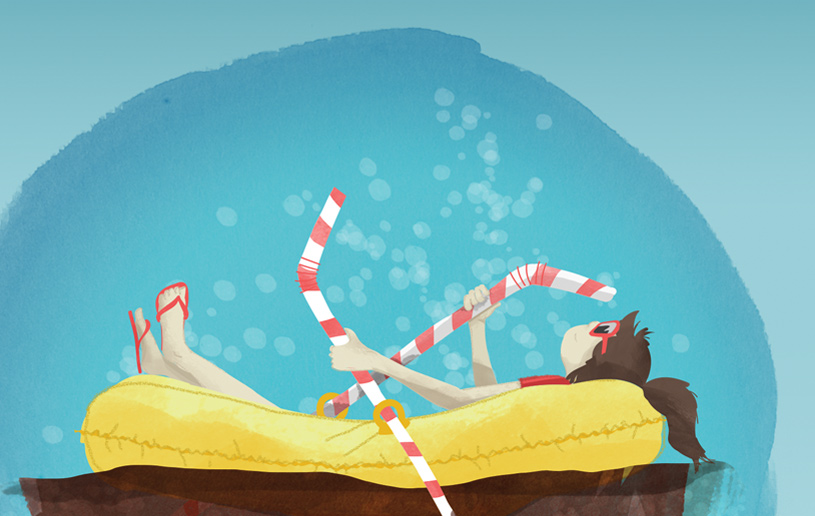 I know no one TV surfs anymore thanks to on-demand programming but every now and then I like to flip through the channels and see what’s on.

One such night I caught a documentary about a girl who was addicted to cola.

At first I laughed at the absurdity of the topic but over the length of the show it became clear this was not simply a program about a girl who liked her caffeine. Caffeine had a stronghold on her life.

After realizing this the show lost its entertainment value and began to teach me an important lesson about the unconscious power things can hold over us.

When someone or something has power over us it means they’ve become a higher priority than anything else, including our relationship with God. Another term for this is the person or thing has become an idol. We know about idols from the second commandment, “you must not make for yourself an idol of any kind or an image of anything in the heavens or on the earth or in the sea,” (Exodus 20:4). God doesn’t hold back in telling us He needs to be the primary care in our lives. He wants to be the only thing we crave and cannot live without.

On the show, the psychologist and nutritionist tried everything to get through to this 20-year-old. First they showed her how much sugar she ingests in a year—two massive piles, bags stacked as tall as she was. But the girl laughed it off. No big deal. Then they tested her blood and sat her down to go over the results, hoping the reality check would wake her up. Phrases like “pre-diabetic,” “poor health,” “rotting teeth,” were stated and explained. She nodded along with the words but her eyes were empty. The message wasn’t getting through.

What else could they do? The show ended without reform and the girl continued to drink cola, ignoring the impending negative consequences she was sure to experience if she continued living this way.

I find myself replaying how the truth of this girl’s future went in one ear and out the other. She was told what was ahead and she didn’t care. Her situation seemed so hopeless.

It also makes me think of Paul’s words to the Corinthian church. “The message of the cross is foolish to those who are headed for destruction! But we who are being saved know it is the very power of God” (1 Corinthians 1:18). I wonder if I feel as strongly for my friends who reject the Gospel, the ones who think salvation is no big deal.

As a Christian I’m convinced there is life after death, and that we need to accept Jesus to be saved from certain doom. But I also know I can tell others all the shocking facts and figures I want, but if a person is addicted to sin, the message won’t get through.

So what else can I do? It seems so hopeless.

Paul’s letter was written to a church caught up in self-praise and conceit. They knew the Gospel but it wasn’t sinking in. Instead of bullying the Corinthians into seeing things his way, Paul used simple words. “And my message and my preaching were very plain. Rather than using clever and persuasive speeches, I relied only on the power of the Holy Spirit. I did this so you would trust not in human wisdom but in the power of God” (1 Corinthians 2:4-5). Paul trusted wholly in God’s power to change the Corinthians’ hearts.

For me the documentary was a sobering reminder that sometimes our best intentions and even the plain truth can’t convince people to change. All we can hope in is the transformative power of God. It must be Him we rely on to change the hearts and minds of those we’re burdened for.