Saying What You Mean 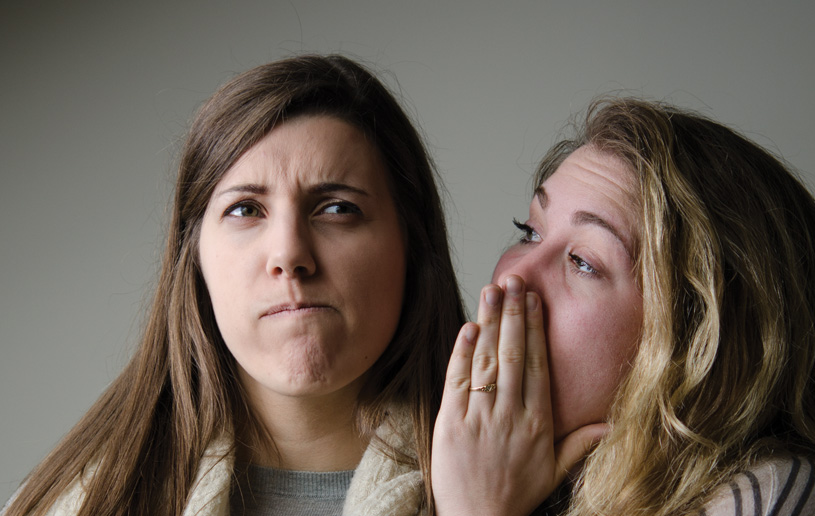 Have you ever played the telephone game?

How about Chinese whispers, grapevine, gossip, or pass the message?

I'm sure you’ve played some version of it before. The first player whispers something to the second, and the second player whispers it to the third. The last player in the group announces the phrase aloud and everyone has a laugh at how much the message changed from beginning to end.

The telephone game is a great example of communication breakdown, but it represents a larger issue.

In Canada, we're famous for being indirect. We're regarded as a polite people and we love softening the blow of tough or awkward subjects by beating around the bush, sugar-coating, or alluding to something without ever saying what we mean.

Words are easy to mix up, and you may be tempted to think it's irrelevant—because most people know what you mean anyway. But what if they don’t? And what if you don't understand how your word choices change the meaning of your phrases?

In 2010, Readers Digest collected a list of words and phrases North Americans often misuse1. For example, using less when you might mean fewer, saying you could care less when you really couldn't, and saying we want to try and do something instead of trying to do it.

When you don't say what you mean you risk misunderstandings. Another risk of not saying what you mean is breaking trust with people.

The Bible, the Christian's guidebook for life, teaches honest and direct communication but also cautions, “Let your conversation be always full of grace, seasoned with salt, so that you may know how to answer everyone” (Colossians 4:6). Effective communication is a tough skill to master, but it's an important tool. Your words and actions say a lot about you. If you're careful to speak with clarity and say what you mean, your message will have less chance of being misinterpreted.

Have you ever heard someone almost quote the Bible? They repeat most of the verse, but miss out on a couple key words? Or swap in a new word for the original? The risk is the meaning of the verse changes. When people hear something almost true it's easy to accept it as true.

That's the thing about miscommunication. It can lead to deception without even meaning to. Sometimes it's hardly noticeable, as small as uneasiness or something not sitting quite right. For example, how often do you hear or say, “God helps those who help themselves,” “Cleanliness is next to godliness,” or “Money is the root of all evil,” and attribute it to the Bible? Do you ever stop and wonder where it's found? (Hint: These are all almost from the Bible, but not quite.)

Understanding the Bible isn't easy. It takes a commitment and discipline many of us would rather avoid. It is always easier to not do, but when you don't take time to understand what the Bible says and means, you open a door for misunderstandings.

Over the next couple days listen to how people speak to you—what do you notice? Are they sugar-coating? Insinuating? Alluding to tasks they want you to complete? Now listen to yourself—do you season your speech with sugar, or with salt?

In the end it's up to you. But if you do choose to play the telephone game to make awkward conversations a little easier, remember how quickly “sweet dreams are made of these,” can turn into “sweet cream is made of cheese.”

1. DeMeo, Melissa and Silverman, Paul. 24 Things You Might Be Saying Wrong: Reader's Digest Version of all those confusing words and seemingly random rules you missed in English class. Readers Digest, September 2010.