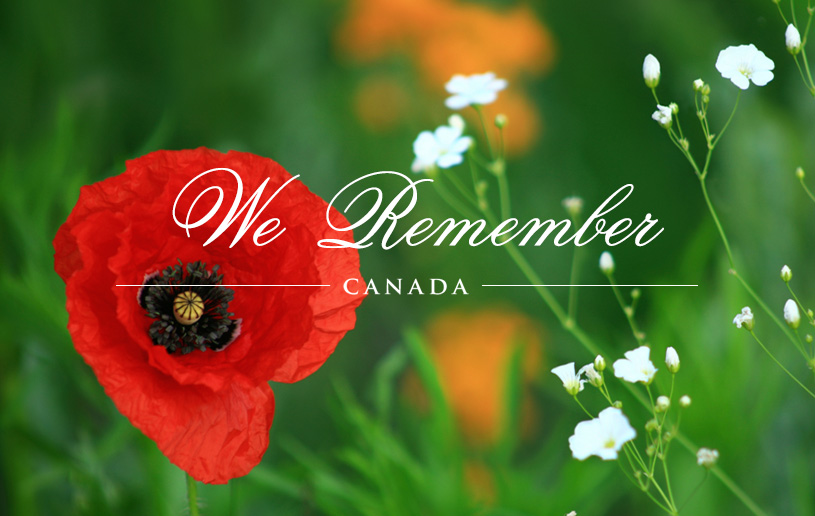 Participation and involvement in something helps to make it more real.

Believe it or not my first recollections of a Remembrance Day service come from when I was young. Very young. Probably three or four years old. Standing on a cold drizzly village cenotaph square in the little hamlet where my family lived. I remember the dark topcoats, grey skies, and being too small to really see what was happening.

In elementary school when November 11 rolled around we would usually meet in the gymnasium, hear someone from the legion speak of the war, and try to endure two minutes of silence. I usually did that while watching the second hand on the clock to be sure we took the full two minutes.

As a kid I played trumpet in the local band. And when Remembrance Day came around I would often be asked, along with a girl named Janet, to play for the service. Taps and Last Post of course were the songs. If one of us flubbed the other would usually manage to squeak out the song. We were around 12 years old and people thought we were cute. The last time I ever played at a Remembrance Day service was as a high school student. When I graduated, I guess I also graduated from playing because I've never done it since.

Once I was asked to speak to a group of elementary school students about the meaning of Remembrance Day. Not because I was in the war, but because they wanted someone who could stand up in front of a crowd. They knew I could do it and I knew one of the teachers and she volunteered my services.

I can't remember the last live Remembrance Day commemoration I attended. We have them in the town where I live, but I've just never made it to one. Remembrance Day is now a national Canadian holiday, unlike when I was younger. I suppose I have no excuse for staying home, except I like watching services on TV because of the extra war footage that is shown.

My involvement with Remembrance Day gives me a sense of participation in something real and historical. For me, it isn't just about vets and wars. It's also about me remembering my Remembrance Days of the past. And stepping back to reflect on those, is one way to never forget what its all about.

In Scripture we are told to remember the Lord's death until He comes (1 Corinthians 11:17-34). Participating in the act of remembering this actual historical event helps make and keep it real to us. The bread and wine are real—we can see, taste, touch, and smell them. That's important because we are prone to forget things. That is why the Lord wants us to do it regularly—in remembrance of Him. May we never forget what it is all about either.