Regrets, I Have a Few | Insight for Living Canada
Skip to main content

Regrets, I Have a Few 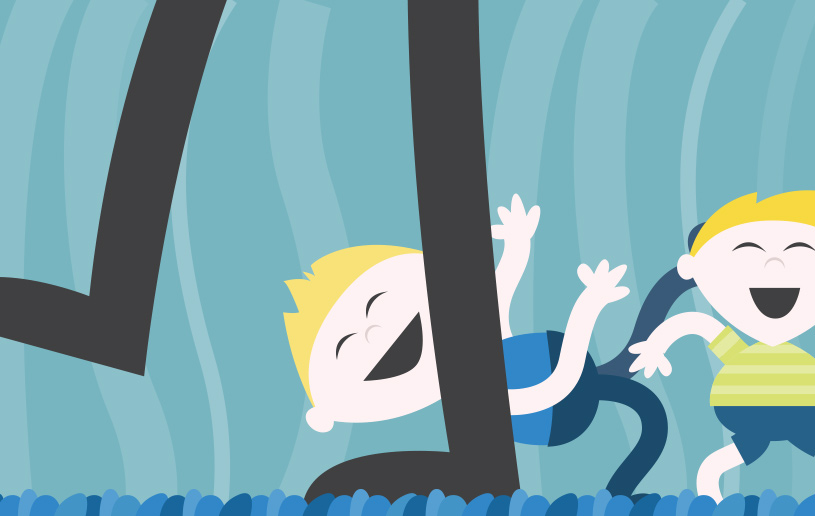 When my children were toddlers, we had an agreement that any of them at any moment could go limp like a noodle when they passed within a foot of me. It was my job, of course, to catch them before they crashed to the floor, or the sidewalk, or into the pool. This was great fun for all of us. Sadly, they thought this agreement lasted for life, and although two of them have reached my height and are closing in on my weight, they still play Noodle, which is a big bundle of laughs for everyone but me.

I regret not being clearer with the ground rules when I invented Noodle. Thankfully laughter eases the pain in my calves. And lower back. And the fat I pulled in my left arm.

Regrets. Most of us have a few. Unchecked, they lead to guilt, which Erma Bombeck called “The gift that keeps on giving.” Surely there is no other occupation so guilt-ridden as parenting, with the possible exception of dieting. Some of our parents have worked for decades as travel agents for guilt trips. We long for the days before the invention of the telephone when parents could not dial our number to nag, “It's Mother's Day. You're the only one of the children who hasn't called yet. Are you OK? Did you fall down a well?”

Oh I know that regret is 96 per cent useless. Wallow in it and life is yours to miss. Regret is painful and paralysing—like shooting yourself with a tranquilizer dart before the marathon. But we can learn from our regrets and the regrets of others. I did a survey of a few thousand people. Seventy-six per cent admitted to having their share of regrets. Here is a tiny sampling of their honest responses:

“I regret wasting money playing the lottery.”
“I regret marrying because I was lonely.”
“I didn't take time for my daughter. I was too busy with housework.”
“Drifting apart from my wife after we lost a son.”

Regret for past mistakes can help redeem the days ahead, if we learn from where we've been and avoid sitting around wasting time regretting.

Here are a few of the lessons I've learned from regrets. For some reason they came out best in a poem.

If I could raise my kids again I wouldn't be so uptight this time.
I'd let them jump on beds in hotels.
And pick the cat up by the tail.
That way they'd figure out a little sooner
How life works.

If I could raise my kids again I'd be a little goofier this time.
I'd stand on the chair in our kitchen,
And play the harmonica with my nose.
I'd play more jokes on them too.
Ones that involve expired milk.

If I could raise my kids again I'd ask more questions and listen to the answers.
I'd teach them to give by giving, to love by loving.
They'd see me on my knees
Praying more often.
Not just looking for the remote control.

If I could raise my kids again I'd play hooky from work sometimes.
I wouldn't sign up for the rat race.
I'd enjoy things without owning them.
I'd buy a bigger library.
And a smaller television.

If I could raise my kids again I'd relax a little more.
I'd cut spankings by about 50 per cent.
In number. In length. In enthusiasm.
I'd place more importance on good character than good grades.
I'd prepare them for life by letting them argue.
By letting them fail.

As it is, I'm glad I talked to them early about God.
About money.
About sex.
I'm glad I spent way too much money on vacations,
Necked in the living room with their mother,
And took them to church.

But if I could raise my kids again, I think I'd be better at it this time.
I wouldn't care so much about clean walls or clean feet.
I wouldn't celebrate nice grass, I'd celebrate grass stains.
I'd tuck my children into bed each night
Without checking my watch.

The doctor tells me that it's not about to happen.
That I'm half way to one hundred.
That we won't be having children anytime soon.
So I guess I'll get to practice these things
On my grandchildren.

Subscribe to our monthly magazine
Date:
October 25, 2012
Type:
Topic:
Back to Top