The Rapture: The Next Event on God's Calendar | Insight for Living Canada
Skip to main content

The Rapture: The Next Event on God's Calendar 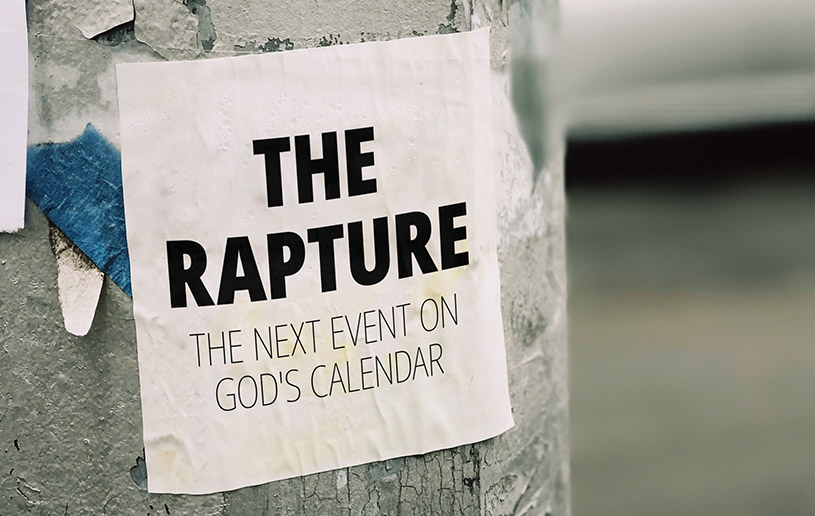 In John 14, Christ, for the first time in the Bible, introduced the subject of the rapture of the church. The word rapture means “to catch up or snatch up,” and it’s what the Apostle Paul describes in detail in 1 Thessalonians, chapter 4.

Paul says in verse 13: “Brothers and sisters, we do not want you to be ignorant [uninformed] about those who sleep in death”—that is, those who die—“so that you do not grieve like the rest of mankind, who have no hope” (NIV). The rapture is something God wants us to know about because He doesn’t want us to face life without hope.

When the rapture occurs, 1 Thessalonians 4 tells us that Christ is to bring the souls of those who have died from heaven to earth. He’s going to resurrect their bodies, and their souls will re-enter their bodies permanently in resurrection. Now Paul says, according to the Lord’s instructions to him, that we (that is, Christians) who are still alive will certainly not precede those who have fallen asleep, but the dead in Christ will rise first. After that, we who are alive will be “caught up.” That is where you get the word rapture—caught up, or snatched up, or raptured together. And so we will be with the Lord forever.

When will the rapture occur? It’s a natural question that is often asked. The Bible doesn’t give us a direct answer to that. But what we’re seeing in our world today, in a very remarkable way, is the setting of the world stage for the events that will follow the rapture. Now if that’s true, then it’s also true that the rapture could be at any time.

If the rapture occurred, would you be ready?

Unless you’re born again, you’re not ready. I’m afraid there are thousands of people who claim to be Christians, sometimes members of the church, who are living an outwardly Christian life but not recognizing their need to put their personal trust in Jesus Christ as their God and Saviour. Are you saved?

Once you know you’re saved, here comes the second question: What are you doing about it? One of the facts of Scripture is, if you’re going to face Jesus Christ at the judgment seat after the rapture, your life is going to be evaluated as to what you’ve done that is worthwhile from God’s standpoint. You have to face the fact that Jesus is going to be not only your Saviour but your Judge. Are you leading a Christian life?

These are practical, important, pivotal questions. It’s not enough to listen; you have to respond. You don’t have to believe if you don’t want to, but if you’re guilty of unbelief, you’re going to pay the price that the Bible outlines for those who will not believe and accept what God has revealed in His Word.

So, may God speak to our hearts. May you be sure that if the Lord came, you’d be ready.

Adapted from John F. Walvoord, “The Rapture: The Next Event on God’s Calendar,” Insights (August 1999): 1. Copyright © 1999 by Insight for Living. All rights reserved worldwide.