Putting Integrity To The Test 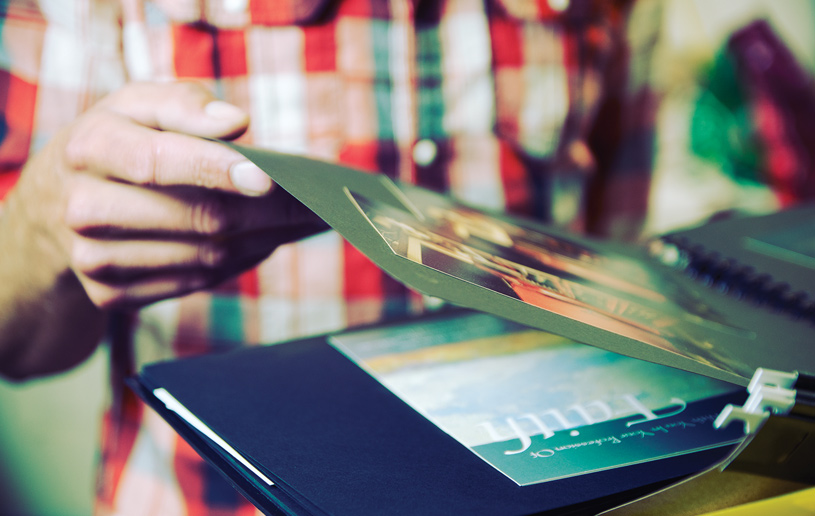 My friend Bob comes from a large and close-knit Italian family. He has fond memories of his father, watching him endure numerous and stressful tests, observing his integrity of character in the face of trying times. To a young boy, he was clearly a positive example of leadership worth following. Decisive, fair, kind, and humble—Bob's father was a model of integrity.

When his father suddenly died, Bob and his siblings were responsible for going through their father's personal affairs and effects. A twinge of fear gripped Bob as he wondered what he might find. Would he uncover some secret sins? Would he locate evidence of private compromise? Would there be invoices he never paid, traffic tickets he had ignored, some “love note” from an otherwise unknown woman? Bob dreaded the thought of anything tarnishing the image of the man who had been not only a marvellous father but who had become his hero, his mentor, his model for life.

We need leaders like that. We need mentors we can trust, heroes who radiate authenticity, who do what's right regardless of the cost. We need true-blooded entrepreneurs, athletes, politicians, employers, employees, pastors, board members, artists, and musicians. In short, this world needs men and women of integrity.

When I think of leaders, heroes, and mentors with integrity, I think of the prophet Daniel, who lived about 2,600 years ago. You remember him—for most of us, we think of him lying down in the lions' den. But before that memorable event, Daniel had risen through the ranks of the pagan Medo-Persian government. In fact, King Darius—ruler of that sprawling empire—was so impressed with Daniel that he “planned to appoint him over the entire kingdom” (Daniel 6:3 NASB). With such recognition, of course, comes great jealousy. Before Darius made the appointment, Daniel's envious opponents decided to do a little secret vetting of the candidate—dig deep enough and poke hard enough to expose Daniel's dark secrets. Verse 4 tells the story: “Then the commissioners and satraps began trying to find a ground of accusation against Daniel in regard to government affairs.”

Unlike my friend Bob, who pored over his father's past praying that he would find nothing to tarnish his father's reputation, those ambitious politicians wanted nothing more than to find Daniel's moral and/or ethical faults and expose them. The rest of verse 4 records the result of their futile investigation: “But they could find no ground of accusation or evidence of corruption, inasmuch as he was faithful, and no negligence or corruption was to be found in him” (6:4).

Talk about integrity! Try as they might, Daniel's envious peers could conjure nothing unclean from his past or present.

How about you? If critics went through your files, what would they find? If investigators interviewed your close friends, what dark secrets might be whispered? If people traced your Internet activity, where would it lead them? If you were to die today, would your spouse or children stumble over some secret in your life that would shock them and break their hearts?

That brings me back to my friend, Bob. He diligently dug through the revealing relics of his father's past, sifting through journal entries, photographs, and financial records. He thumbed through handwritten notes, examined letters, and combed through envelopes, files, and folders. After meticulously searching through everything, Bob discovered nothing. There were no surprises. His father's private life matched his public reputation. Like a modern-day Daniel, Bob's father was “faithful…no negligence or corruption was to be found in him” (Daniel 6:4). At the end of his search, Bob began to weep audibly, overjoyed that the man he had admired all of his life was everything he had believed him to be.

From our earliest days as a ministry, Insight for Living has declared a no-compromise position on character. While we don't pretend to be perfect, we do strive for the highest level of authenticity and truthfulness in every aspect of our work. As one who cares about Insight for Living, I'm pleased to tell you that close scrutiny of our personal and financial matters would draw nothing from you other than a smile of relief. Gratefully, by God's grace, we have nothing to hide. No skeletons. No secrets. No scandals. We sleep very well at night!

I don't know where this article finds you in life, but let me remind you that it's never too late to start doing what's right. Maybe this is the time for you to renew your commitment to a life without duplicity, deception, or hypocrisy. Together, like Daniel, let's continue a relentless pursuit of integrity.