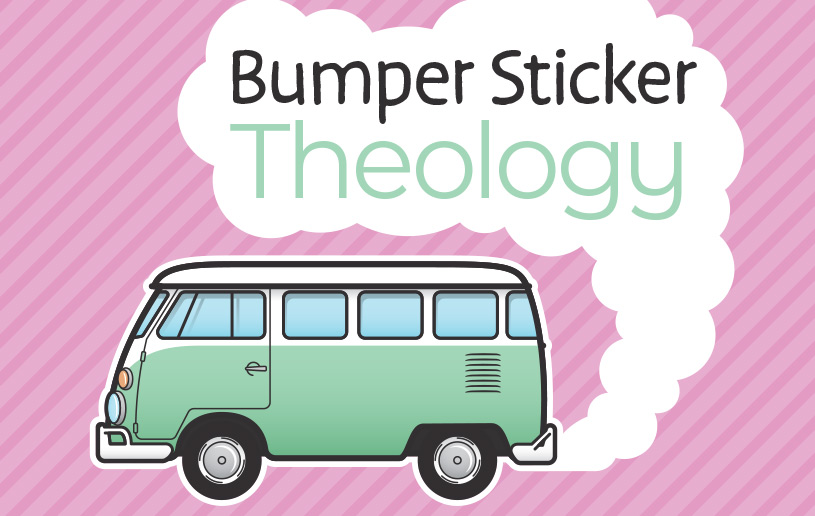 Is it true, prayer changes things? That depends on what “things” we are talking about.

We could get into a raging theological debate, and many do, about whether prayer changes God’s mind, will, or plans.

In view of these seeming contradictions some people argue that when we see God changing His mind, we are seeing it from a human perspective. They reason that since God knows all things from all eternity, He has always known the ultimate plan that He would carry out—even the plan to "change His mind." In Jonah's account of Nineveh, the people repented and God relented from the destruction that was to come upon the inhabitants. Of course, they say, God knew this would happen and instituted the warning to them in order to bring about their repentance.

Others say these verses refer to the character and nature of God, not His actions and plans. God’s actions and dealings with humanity may vary or change because He is not static but is active.

I think when most of us wonder whether or not prayer changes things, we’re really asking if God will intervene in a specific situation. We wonder if He’ll hear us when we pray and if it’s worth the effort.

When considering the issue of whether prayer changes things, it’s helpful to consider it from Scripture’s teaching on the will of God. It teaches us that God’s will is to be understood in two ways.

The second way the Bible speaks of the will of God is as the secret, predetermined plan for everything that happens in the universe. This is His sovereign will. “Our God is in the heavens, and he does as he wishes” (Psalm 115:3). God’s sovereign will always come to pass.

When we pray according to God’s will as revealed in the Bible, and we wonder if God will intervene, the answer to the question, “Does prayer change things?” is yes.

The Lord assures us, “that if we ask anything according to his will, he hears us. And if we know that he hears us—whatever we ask—we know that we have what we asked of him” (1 John 5:14–15 NIV). In other words, if we are praying for the Lord to help us become more thankful, I believe He will answer that prayer with a positive outcome.

If we are praying for something that God hasn’t revealed as His moral will, there are no guarantees anything will change. We can’t know if He will intervene because that falls into the realm of His secret sovereign will where we don’t know what His plans are. Some things may or may not change. Even though we don’t know what our heavenly Father has planned, as God’s children we should still pray.

I have two final thoughts.

The first is that in the final analysis, it isn’t prayer that changes things. God changes things, should He so please, and in accordance with His plans and purposes. The power for change resides in God, not in us and not in the words we pray.

My second thought is this: I know praying changes us. Our attitude and perspective on things change when we talk to God about them and consider how His will and Word bear on what we’re praying about. And then because we have changed we can be a change agent in our own situation. If we’re dealing with a relationship issue and we have changed our attitude, or how we relate to others, through prayer, then the relationships change because we are now different.