Not Alone: Drawing Near to Christ in a Socially Distant World | Insight for Living Canada
Skip to main content

Not Alone: Drawing Near to Christ in a Socially Distant World 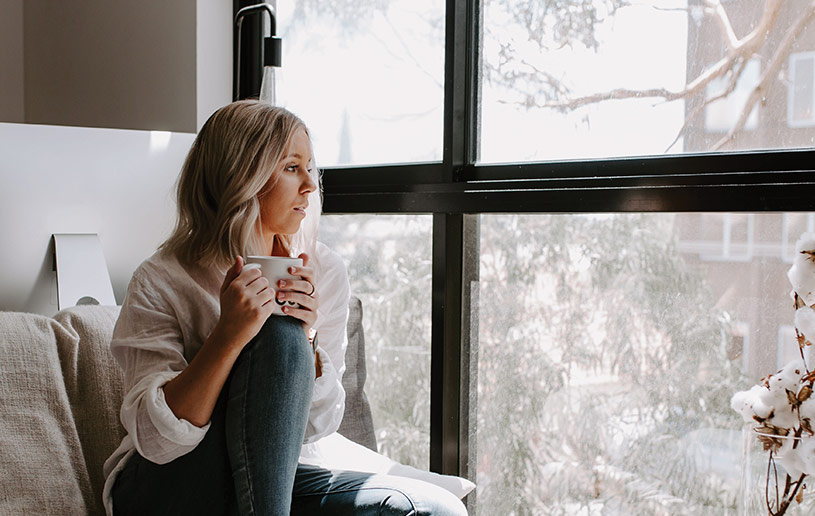 In our new coronavirus world, being together has become a rare and treasured experience. As the “invisible enemy” named COVID-19 continues its relentless march around our world, we remain apart to curb its spread. “Social distancing” has become a strange, new norm.

I realized recently that there’s a major difference between being distant from each other and being absent. Distance keeps us from touching one another, from meeting together. But being distant doesn’t mean we can’t talk to each other or see one another. Thanks to technology, we can do both. We may be distant, but we’re staying connected. That’s not nearly as severe as being absent. Absence suggests being alone, isolated, displaced, lonely...even lost.

Absence reminds me of a man I read about who went swimming in a large lake around dusk. While paddling leisurely about 100 yards offshore, a freak fog rolled in. Suddenly, he could see nothing. No horizon, no familiar landmarks, no lights or people on the shore. Since the fog diffused all light, he couldn’t even determine the direction of the setting sun. For about 30 minutes, he splashed around as panic took hold.

He would start off in one direction, lose confidence, and then jerk 90 degrees to his right or left. He felt his heart racing, beating fast in his throat, before he would blindly strike out again. Others weren’t just distant from him—they were absent. He felt totally LOST. At last, he heard a faint voice calling from shore. He pointed his body towards the sound and swam to safety.

Perhaps in these weeks of enforced isolation you’ve started to feel a sensation of utter lostness, a growing sense of loneliness and displacement. You may be closer to panic than you’ve ever been as the fog of an uncertain future rolls in on you. In unguarded moments, you may have entertained an alien thought you’ve never pondered before:

A similar spirit of fear, sadness, and panic must have gripped Jesus’ disciples when they met together the night before the crucifixion. To their shocking dismay, the Master told them He would soon suffer and die. He would leave them.

Talk about disillusioned! They had anticipated Jesus’ reigning as King and their sitting alongside Him. But that was not to be! Instead, He would be crucified as the sacrificial Lamb. Later, He said, He would return and reign as King, but He gave them no clue about when that would happen. All they could hear was the terrible news: He would suffer and die and leave.

The disciples felt like many of us feel today: confused and frightened. Jesus looked into their fearful eyes and quietly reassured them: “‘Don’t let your hearts be troubled. Trust in God, and trust also in me’” (John 14:1).

Everything was under God’s control, Jesus promised. His plan could not be shaken or altered. He told them essentially, “Trust Me and don’t be afraid. I’m leaving—but I will return! In the meantime, we’ll stay in touch. You’ll pray...and I’ll answer. No matter how difficult things become, I’ll be in full control. You know where I’m going, and you know how to get there.”

It was a magnificent moment! The disciples sat transfixed, when just moments earlier, they were restless, struggling, filled with questions. Are you feeling that way these days? Are you filled with questions: How much worse will this virus get? Can I make it without getting infected...can my family? Will we have enough money and food and other essentials to get by? When will all of this end?

Take Jesus’ words personally: “Don’t let YOUR heart be troubled.” Imagine Him saying to you: “Do you know the way to Me? COME TO ME! Are you seeking the truth about Me? SEEK ME! Is your life lacking security—are you feeling lost and abandoned? TRUST ME!”

The Lord is with you and with me as we journey through this dark coronavirus valley. He is not distant...and He is never absent.