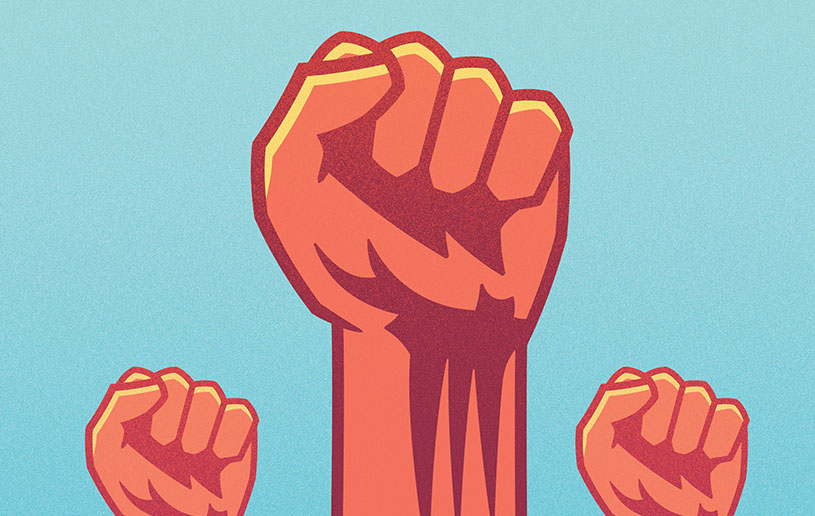 Marxism is an economic and political philosophy developed by Karl Marx that focuses on class struggle and various ways to ensure equality of outcome for all people. The basic idea is that the ruling class in any nation has historically oppressed the lower classes, and so social revolution is needed to create a classless society.

Marxism teaches that the best system of government is one in which wealth is distributed equally, there is no private property, ownership of productive entities is shared by everyone, and every citizen gives selflessly to the collective. The purported goal of Marxism is a government-run utopia in which the needs of each individual are always provided for.

But more than just an economic and political theory, Marxism is actually a religious ideology. Its theology excludes God, soul, or spiritual values and only includes matter. Rather than the problem of man’s disobedience to God, the evil exists in the material world in the form of class struggle and oppression in society. Marxism’s goal is to eradicate this evil from humanity.

Marx was greatly influenced by Darwin’s evolutionary theory. Since there is no God in Marxism, there is no absolute moral law to govern and no absolute truth. There is only natural law, survival of the fittest, and natural selection. Society and its existing structures are also evolving and change must be aided by whatever means, even violent or deadly ones. “Good” is whatever advances the Marxist cause.

Rejecting spiritual values, Marxists assert that religion is an illusion. Marx himself called it “the opium of the people” because it makes them happy and keeps them complacent to being oppressed and exploited in life now based on the promise of a better life after death.

That is why Marxism is one of Christianity’s most vocal detractors. In order to evolve into and establish the utopia of a classless society, the existing histories, structures, and norms of capitalist societies must be destroyed. According to Marxists, the Judeo-Christian culture—with its beliefs on absolute moral law, marriage, the nuclear family, work ethic, private property, law and order, and sexuality—oppresses people. In order to evolve there must be a re-ordering of society and religion must be abolished.

Marxists view many people groups in our society as oppressed minorities due to the influence of Christianity and capitalism. Hence the need, in their view, to overthrow their predominantly white, male, heterosexual, and racist oppressors.

In places where outright revolution hasn’t taken place, the approach has been to capture the key cultural institutions which shape society—schools, universities, media, the law courts, and even churches. The strategy has been that infiltrating these institutions ideologically would eventually bring about the necessary changes in society.

Today, Marxist ideology predominates in many of our institutions and takes various forms in the world. Its ideas are behind the liberalism, socialism, wokeism, progressivism, communism, social trends, and much of the social justice activism and political correctness we see around us.

When one embraces atheism, Marxist materialism, and theories of evolution and class struggle, and couple those with the belief that all goodness and truth are relative to time and place, one is led to deny the biblical ideal of the abiding value of the individual human. The individual has no worth. One is simply a product of chance, a tool of the environment, and under the subjection of the group. The good of the group is all-encompassing and the individual may be sacrificed for the good of the group, or state.

In the struggle for the classless society, those who stand in the way must be cancelled or eliminated. This leads to a form of totalitarianism. If there is no God beyond the existence of matter, then there is no source of eternal, abiding, absolute truth upon which an objective system of law and order can be based. Justice becomes relative to time and place to achieve ideological goals. The result is that tens of millions of people around the world have died as a result of Marxism.

In contrast, Scripture teaches that the individual is made in the image of God, and is so important to Him that He sent His only Son Jesus to die for our sins so we may be reconciled to God on an individual basis.

Christianity seeks to change people from within through the life-transforming power of Jesus Christ. Then once that personal and individual transformation has taken place that redeemed individual shows their faith through their actions by working toward social, economic, political, and religious equality among their fellow peers.

God created us and gave us principles to live by in His Word. Ignoring Him and these truths as Marxism does only results in death and destruction. This man-made ideology has always failed to bring about good in our world and always will.

Subscribe to our monthly magazine
Date:
September 9, 2022
Type:
Topic:
Back to Top