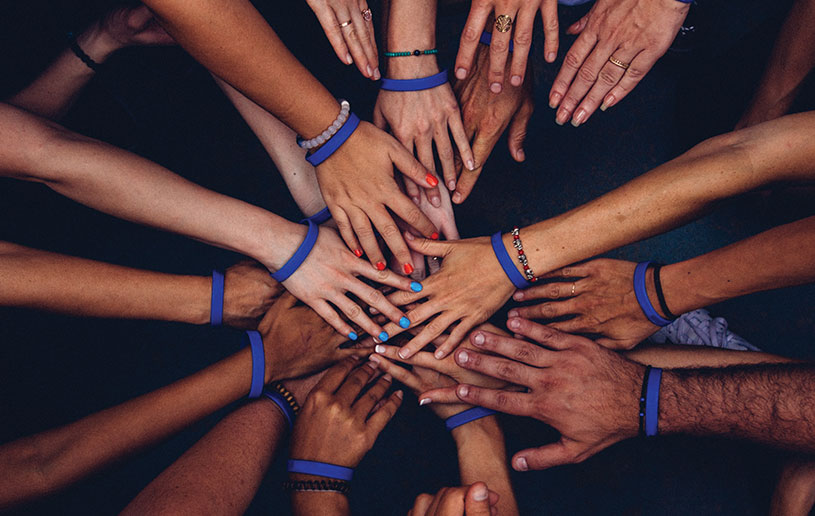 God makes some people large, others moderate in stature. Still others are small in size. We frequently make the mistake of calling small folks “little,” but that is an unfortunate and unfair tag. I’m not picking at terms...there is a great deal of difference between being small and being little. If you don’t think so, just ask someone who is less than average height. They won’t hesitate telling you they may be small, but they’re definitely not little.

Being “little” implies much more than being short. It suggests being petty, lacking in great-heartedness, having a mind that is restrictive, suspicious, envious, spiteful. “Little” people (regardless of their physical size) find it extremely difficult to applaud another’s achievement, especially if the accomplishments bear the marks of success and excellence. While there are many who are big enough to appreciate outstanding work, there is always the “little” world comprising those who frown, depreciate, question, doubt, criticize, and forever search for the flaw.

Many years ago there was a young, small company in Detroit, Michigan. The odds against its surviving were heavy. But this struggling firm was determined not to lower its standard. Excellence and quality craftsmanship would not be compromised—period. There would be no tolerance for mediocrity, no winking at a cheap and shoddy “let’s-just-get-by” philosophy. At that time it wasn’t part of a huge corporation (that came later), and even though it was eclipsed by much larger and more powerful competitors, this resilient, independent company stayed by its standard. Interestingly, it slowly gained recognition as a leader. The company published an advertisement in The Saturday Evening Post, January 2, 1915. Here is what it said:

The Penalty of LEADERSHIP

In every field of human endeavor he that is first must perpetually live in the white light of publicity. Whether the leadership be vested in a man or in a manufactured product, emulation and envy are ever at work. In art, in literature, in music, in industry, the reward and the punishment are always the same. The reward is widespread recognition; the punishment, fierce denial and detraction. When a man’s work becomes a standard for the whole world, it also becomes a target for the shafts of the envious few. If his work be merely mediocre, he will be left severely alone—if he achieve a masterpiece, it will set a million tongues a-wagging.

Jealousy does not protrude its forked tongue at the artist who produces a commonplace painting. Whatsoever you write, or paint, or play, or sing, or build, no one will strive to surpass or slander you, unless your work be stamped with the seal of genius. Long, long after a great work or a good work has been done, those who are disappointed or envious continue to cry out that it cannot be done.

Spiteful little voices in the domain of art were raised against our own Whistler as a mountebank, long after the big world had acclaimed him its greatest artistic genius. Multitudes flocked to Bayreuth to worship at the musical shrine of Wagner, while the little group of those whom he had dethroned and displaced argued angrily that he was no musician at all. The little world continued to protest that Fulton could never build a steamboat, while the big world flocked to the river banks to see his boat steam by.

The leader is assailed because he is a leader, and the effort to equal him is merely added proof of that leadership. Failing to equal or to excel, the follower seeks to depreciate and to destroy—but only confirms once more the superiority of that which he strives to supplant.

There is nothing new in this, It is as old as the world and as old as the human passions—envy, fear, greed, ambition, and the desire to surpass. And it all avails nothing. If the leader truly leads, he remains—the leader. Master-poet, master-painter, master-workman, each in his turn is assailed, and each holds his laurels through the ages. That which is good or great makes itself known, no matter how loud the clamor of denial. That which deserves to live—lives.

I am aware that all sorts and sizes of people will read this piece. A few of you are “little,” hard as it may be to face it. But I’m convinced that many more of you are “big,” which, being translated, means visionary, courageous, bold, secure, productive, unafraid of hard work, and unintimidated by the odds. Good for you! Press on. Grow even bigger. Stand tall. Run hard as you set a new pace. Refuse to reduce your stride. Embrace quality and excellence and determination. Without fudging one inch on integrity and humility, push on...lead on. Ignore the “little” world of onlookers who are too petty to produce, too suspicious to affirm, too envious to acknowledge greatness. Go hard after your goal, get on with it!

Isn’t that the essence of Paul’s charge to the Corinthians?

My dear, dear friends, stand your ground. And don't hold back. Throw yourselves into the work of the Master, confident that nothing you do for him is a waste of time or effort. (1 Corinthians 15:58 MSG)

It’s certainly what the apostle had in mind when he challenged young Timothy to “Take pains with these things; be absorbed in them, so that your progress will be evident to all. Pay close attention to yourself...persevere” (1 Timothy 4:15–16 NASB).

Regardless of your stature, in spite of your current circumstances, age, status, occupation, location, limitations, or background, aim high...way up there where the ranks are as thin as the air. And the next time you’re tempted to listen to those who would penalize you, remember that little company in Detroit, determined to succeed over eight decades ago. Oops, not “little,” small.

Come to think of it, I’ve never heard anyone call the Cadillac Motor Car Company “little.”