Let's Do It My Way 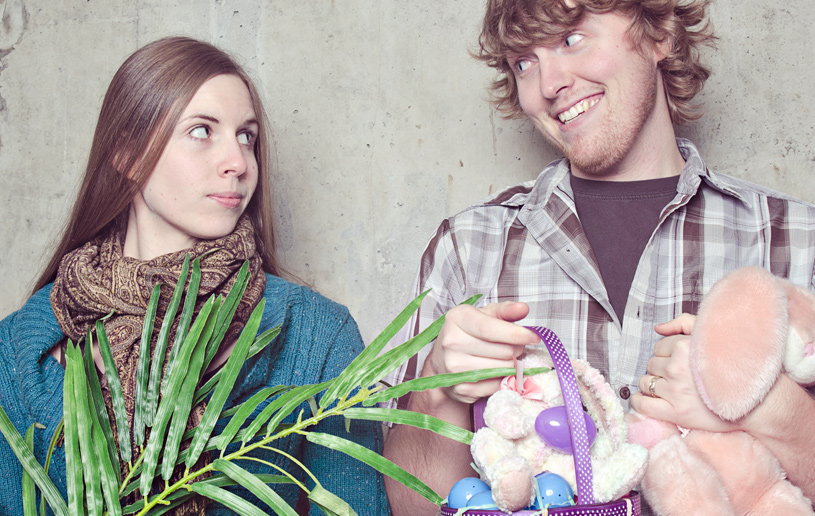 Until my traditions were combined with another I went about them without question. Holiday seasons packed full with family gatherings, turkey dinners, and everything else one does before settling back into the day-to-day. Maybe it's my season of life but approaching Easter this year, unlike the ones before, I find myself reflecting on my traditions—everything from how family meals work to attending church services.

Frank Sinatra put it best when he popularized the song My Way. In the third verse he sings,

Regrets I've had a few
But then again too few to mention
I did what I had to do
And saw it through without exemption
I planned each chartered course
Each careful step along the by-way
And more, much more than this
I did it my way

I can relate to Frank because until I tied the knot, I did do it my way. I was on my own living the high life with a bunch of rowdy college roommates. Doing what I wanted, when I wanted, how I wanted. My attitude was reflected in my spiritual life. Church attendance was casual, devotions were obsolete, and prayer was sporadic—just as I wanted it! It wasn't like all those things weren't important—they were—my life just didn't reflect it. And at the time I was OK with that. My spiritual life wasn't perfect but it worked for me. That is, until I got married.

All the change marriage brought caught me off guard. Everything I had worked so hard to establish in my own life was now open to debate. All the traditions passed down through my family were about to be fused with another. I hadn't really thought of the impact a marriage would have on my way of doing things.

Suddenly I found myself married to a girl who appeared to have the opposite of all family and spiritual traditions I was used to. From the way dinner was held to church attendance—everything was turned upside down. Was I willing to give it all up?

Genesis 2:24 says, “Therefore a man shall leave his father and his mother and hold fast to his wife, and they shall become one flesh” (ESV). I guess the answer to my question is, “My traditions and lifestyle were never mine to give up.” For 23 years I adopted the traditions of my family—these were their traditions, their priorities and now through the union of marriage a new family was formed and new traditions, both family and spiritual, needed to be established. It wasn't a matter of giving up or compromising, it wasn't even a matter of sacrifice. There needed to be a willingness to communicate what was important to us as one and find ways to implement those things into the fabric of our marriage.

Five years into our marriage we are just beginning to see the fruits of fused traditions. It took some time to decide what were priorities for us and in the end decided based on the significance of certain traditions and values in our own upbringing, we wanted to pass these along to our children. For example, arriving at church together as a family is extremely important to us. Always eating supper together has also proved to be significant. We needed to be honest with one another and not force something that was unnatural but rather live with a willingness to experience the other person's tradition and have that tradition naturally integrate into our marriage. Openness was and is the key!

The Apostle Paul wrote in his letter to the Ephesians, “Each one of you also must love his wife as he loves himself, and the wife must respect her husband” (5:33 NIV). Love and respect come in a variety of forms and for my wife and me it meant being able to leave the things we were used to in order to establish something we could call our own. Love meant looking at each other's traditions and realizing that we both had something to contribute. Love meant self-sacrifice and a willingness to try something new. Love meant without condition, judgment, or condemnation.

God worked in the lives of each of us as individuals but now is working to build a union between two lives—a union, which is growing on the foundation of faith and truth.

All credit goes to Frank Sinatra for a classic song. And the lyrics once rang true for me but now,

Regrets we've had a few
But then again too few to mention
We did what we had to do
And saw it through without exemption
We planned each chartered course
Each careful step along the by-way
And more, much more than this
We did it HIS way.