Let's be Thankful for Angels 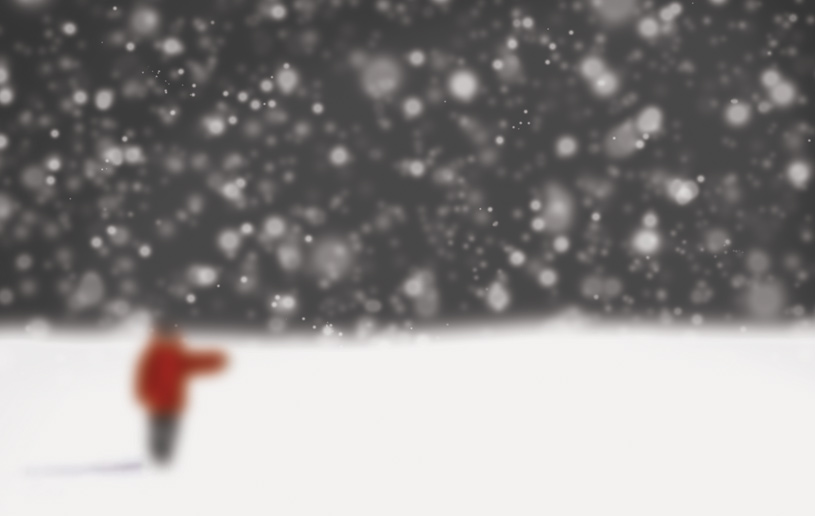 Have you counted your blessings lately? If not, allow me to prime the pump.

There is one more blessing that can easily be overlooked—one you may not have considered. I feel especially grateful for those unseen guardians who work overtime, who actually never slumber or sleep. That's right; I'm talking about the angels, God's special messengers.

What a busy year they have had! Think of all the accidents they have prevented, all the little kids they have protected, all the enemy assaults they have shielded us against. Motorcycle riders keep a host of angels on their toes! So do bungee jumpers, skydivers, stunt people, window washers, single-engine pilots, fast drivers, and rock climbers. Preachers are probably in there somewhere as well.

Scripture speaks very clearly of angels. As the thirteenth chapter of Hebrews opens, we encounter a series of commands, among them: “Do not neglect to show hospitality to strangers, for by this some have entertained angels without knowing it” (Hebrews 13:2 NASB).

If we took that verse seriously, we could revolutionize a church's friendliness. Think of it this way: that new face you greet next Sunday could be one of the cherubim or seraphim…one of Michael's colleagues or one of Gabriel's teammates. Angels look and sound like one of us, but they are not human. They exist as supernatural creatures in and about heaven, and they are frequently dispatched to earth in human form to bring encouragement, assistance, and protection. If you have ever encountered the sudden appearance and/or departure of an angel after receiving one's help, you are never the same. Often they leave telltale signs that they are not of this earth. That always puts a chill down my back.

Many years ago some of our church's high school kids and their leader went on a mountain-climbing excursion. What began as a fun trip and relaxing time together led to a frightening experience. Up at that elevation the temperature can drop rapidly, covering everything in a blanket of snow and ice in no time…and that's exactly what happened. The ranges of white peaks and slopes became beautiful scenes to behold. While taking in the breathtaking sights, the leader realized he had lost the trail. The heavy snowfall had completely covered the path, and he didn't have a clue where they were or how they could get back to the main camp. His fears weren't helped by the realization that sundown was not that far away, and they were not equipped to spend the night on the craggy, windswept slopes where the temperature would soon drop.

The boys in the group became aware of their plight, which only intensified the leader's worries. In situations like that out in the wilderness, prayer flows freely. A dependence on God to rescue is not merely a convenient option; it's a foundational survival technique. As with men in foxholes, you rarely find atheists among lost mountain climbers.

While trudging through the snow, entertaining thoughts just this side of panic, they suddenly heard someone on the slopes above them yell down: “Hey—the trail is up here!” They glanced up and to their relief they saw another climber far in the distance. He urged them to climb up to where he was if they wanted to get back on the trail. They realized if they had continued in the direction they were going, they would have become hopelessly lost. Without hesitation, they made their way up to the large boulder where the stranger was sitting. The climb was exhausting, but their relief in finding someone who knew the way gave them an adrenaline rush.

Finally, they arrived…but to their surprise, the one who had yelled at them was nowhere to be found. Furthermore, there were no traces left in the snow that anyone had been sitting on the boulder, nor were there footprints nearby. The trail, however, stretched out before them and led them to safety. The boys not only learned a valuable lesson about the wilderness but also confirmed their belief in encountering “angels without knowing it.”

Think of several occasions in your own life over this year when you had what you would consider “a close call.” Or, how about one of your kids or friends—can you remember a time or two that, in some incredible manner, they were shielded from harm or delivered from danger? God's special messengers, dispatched from His heaven, are often invisible but never impotent. As the psalmist wrote:

He will give His angels charge concerning you,
To guard you in all your ways.
They will bear you up in their hands,
That you do not strike your foot against a stone. (Psalm 91:11–12)

And then, writing of an individual who loves the Lord, he added:

A fascinating topic of conversation would be stories of how and when some surprising deliverance, some heaven-sent rescue mission, occurred. It is amazing how many of us have stories to tell but seldom take time to do so.

Let's be thankful for angels. Doing so will strengthen our faith…and we could all benefit from a boost in that area, couldn't we?