Laugh It Off | Insight for Living Canada
Skip to main content 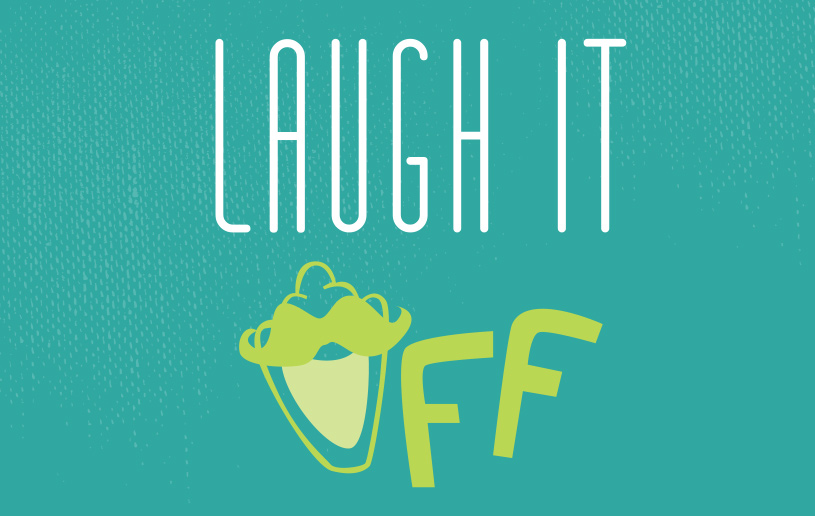 Life's been getting a little tight; it's much too serious lately. With more deadlines, too many meetings (all of them too long!), not enough relaxation, more emails than I can handle, and the feeling that I gotta do more to keep all those weak marriages together, it's enough to make a grown man sigh. Or curl up in the fetal position and whimper. Or (perish the thought!) work more hours. A guy considers a lot of dumb solutions when the pressure mounts.

His own esteem fights for air too. Sometimes, I feel about as competent and co-ordinated in this position as a violinist wearing boxing gloves. And so, instead of blaming others or feeling sorry for myself, I'm gonna laugh for a while. If you don't feel like laughing with me, fold this baby up into your own specially designed airplane and sail it into your favourite recycle bin without a second thought. Far be it from me to force you to smile if you don't feel like it.

There are hundreds more, but that's enough for now. I feel better already. Don't sweat the small stuff—in fact, the big stuff isn't worth the sweat either.

Reminds me of the lady who wrote me and told me she had decided laughter was the best medicine she'd ever taken in her life. She said it had helped her raise her 12 kids, all of whom had been born to her since she was 32. She said she met and married her husband at 31, and she had never even worried about finding a husband. Here's how she handled that. She got a pair of men's pants and hung them over the foot of her bed and knelt down and prayed:

Father in heaven, hear my prayer,
And grant it if you can;
I've hung a pair of trousers here
Please fill them with a man!

It worked. Laughter does too.

Subscribe to our monthly magazine
Date:
September 1, 2011
Type:
Topic:
Back to Top