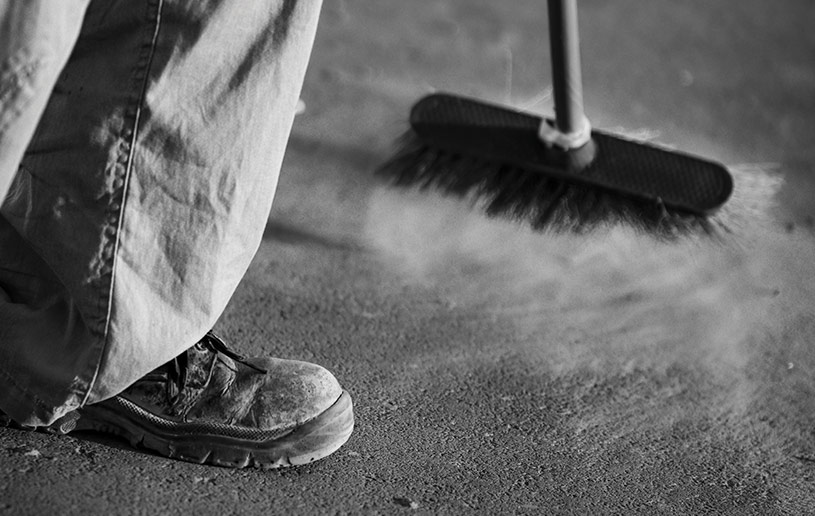 Any series on biblical leaders focusing on important characteristics and qualities for leadership must begin with Jesus, the greatest of all leaders. There are so many outstanding leadership qualities and skills Jesus exhibited but I will only focus on one—His servant leadership.

It is crucial and foundational that to be a true servant leader like Jesus we must love people like Jesus did. This is not as obvious as it seems. Many leaders and leadership writings focus on the style, strategies, and techniques of leading with the result that they lead by manipulation and with arrogant disdain, not love, for their followers. Without love for those who follow, serving as a leader can be soured by resentment and even tyranny. And in the end, we will not be servant leaders and will gain nothing (1 Corinthians 13:3).

Loving those we lead means seeking their highest good. The corollary to this we see in Jesus is that He is not preoccupied with personal recognition and applause. “…The Son of Man came not to be served but to serve others” (Matthew 20:28). He is “others-oriented.” Rather than considering how others can serve Him and His agenda He considers how He can serve others for their highest good. The higher the leadership position, the great the number of people the leader must serve. This is one thing that makes true servant leadership difficult.

Jesus could love and serve others because of His humility. He was humble because He recognized and understood who He was and why He was there. “Jesus knew that the Father had given him authority over everything and that he had come from God and would return to God. So he got up from the table, took off his robe, wrapped a towel around his waist, and poured water into a basin. Then he began to wash the disciples’ feet, drying them with the towel he had around him” (John 13:3–5).

Humility to be a servant leader does not come from thinking we are better than others, or can lay claim to some man-made title. It comes from recognizing who we are, as one under the sovereignty of God gifted by Him for the task of leading. This does not make us better than those we lead, just different with a different gifting, allotment of role, and purpose. Jesus knew this about Himself.

Because of His humility He was able to empower others and sacrifice for them rather than seeking their followership to empower and sacrifice for Him. His humble act of servant leadership in washing His disciples’ feet was an act of equipping and empowering them to be servant leaders. “And since I, your Lord and Teacher, have washed your feet, you ought to wash each other’s feet. I have given you an example to follow. Do as I have done to you” (John 13:14–15).

All these elements to Jesus’ success as a servant leader are ultimately derived from His absolute love for, and submission to, His heavenly Father. “For I have come down from heaven to do the will of God who sent me, not to do my own will” (John 6:38). He was able to love and serve the Father and people because He came to glorify the Father not Himself. He knew who He was and why He came and He was completely aligned with that.

Paul described it this way, “…although He existed in the form of God, [Jesus] did not regard equality with God a thing to be grasped, but emptied Himself, taking the form of a bond-servant, and being made in the likeness of men” (Philippians 2:6–7 NASB). Jesus brought glory to the Father by serving Him perfectly in coming to earth to serve the world through His sacrificial life and death.

If we have our own agenda rather than fulfilling the will of God first and foremost, or we have self-glory in view, or an arrogant sense of entitlement because we are the leader, then we cannot be a servant leader like Jesus. A Christian servant leader puts the glory of God first, and humbly accepts the task and responsibility of loving and leading others.