It's Time to Embrace Grace by Embracing the Unlovely 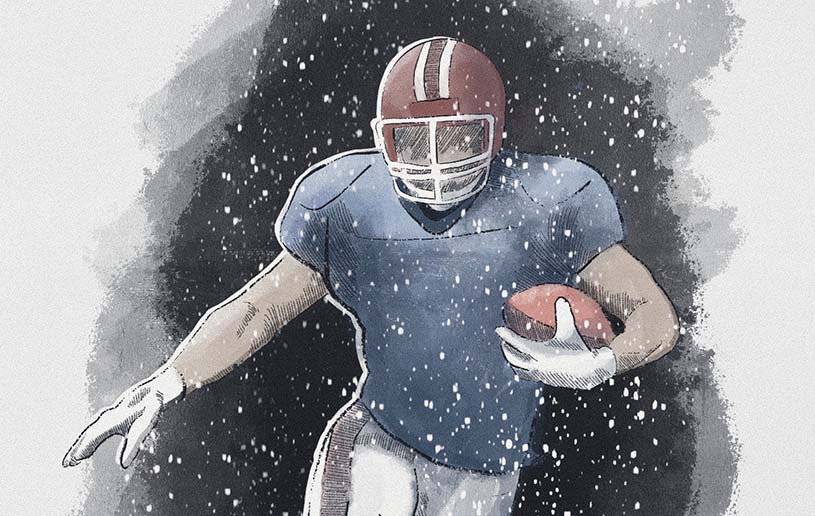 Is horizontal grace missing in your life? You may have embraced God’s vertical grace to you, but missed its all-important connection in your relationships.

Allow me to probe under your skin with a few penetrating questions. Do you free people, or do you hold them hostage? Do you relieve them of guilt and shame, or do you increase their load? Do you encourage others or discourage them? Do you find yourself participating in the world of construction or the world of destruction? Do you point out people’s faults and failures or their strengths and accomplishments? In other words, do you minister grace to others? Now, if I may probe even deeper, what about that person you find especially unlovely?

For me, a magnificent example of horizontal grace came by watching the late Tom Landry while he was still coaching the Dallas Cowboys. During the time he and I served on the board of Dallas Theological Seminary, I often sat next to him and found him to be a man of quiet dignity. The closer you got, the more you respected him. He was a man who lived under God’s grace, and he gave it away like few I’ve seen. This came into clear focus in his response to Woody Hayes.

Hayes coached the Ohio State football team for 28 years and took General George Patton as his model of leadership. His hard-nosed discipline gained him a reputation for being fiery. He was very difficult to please, had little tolerance for failure, and sometimes crossed the line when disciplining a player. Over his career, Hayes amassed an incredible win-loss record, but he also created a long list of offences against players, parents, fans, and sports reporters. During the 1978 Gator Bowl, an opposing player intercepted an Ohio State pass and wound up on the Buckeyes’s sideline. Infuriated, Woody Hayes slugged the boy, nearly knocking off his helmet—all on national television.

Appropriately, Ohio State fired him the next day. But in the weeks that followed, the nation raged, reporters mercilessly piled on, and anyone with a grudge vented his spleen on the humiliated coach. He retreated in silence and shame behind drawn drapes and locked doors.

During that time, Coach Tom Landry was to attend a prestigious banquet in New York and he was free to ask a guest to join him. Normally, he would have taken his wife, Alicia. But this time he appeared with Woody Hayes. Landry’s poignant act of grace lifted Hayes out of his shame and silenced his tormenters. Grace has a way of doing that.

I asked Coach Landry about it at our next board meeting. He said, “I figured that since everybody else was beating up on him, he needed somebody to put an arm around him and tell him he still loved him.” Can you imagine how that felt for Coach Woody Hayes? When he was bent low, feeling ashamed...deserving nothing, Landry bent down, lifted him up, and embraced him.

We can understand someone dying for a person worth dying for, and we can understand how someone good and noble could inspire us to selfless sacrifice. But God put his love on the line for us by offering his Son in sacrificial death while we were of no use whatever to him. (Romans 5:7–8 MSG)

We hear a lot about vertical grace—that grace we receive from God. But I ask again, what about horizontal grace? Are you demonstrating horizontally what you have received vertically? Can you minister grace to people who don’t inspire you to acts of kindness? Let me suggest a good beginning. Stoop down and embrace them. Love that reaches up is adoration. Love that reaches out is compassion. But love that stoops is grace.

Don’t miss the absence of conditions in the Romans passage above. God didn’t look down and say, “When those scoundrels show the least bit of interest in cleaning up their act, then I’ll meet them more than half way.” No, while we were sinning and loving it, the Father stooped and extended supreme grace in the person of His Son. He didn’t ignore our sin. He didn’t excuse our sin. He looked past our sin and accepted us in spite of it. And so? Let’s go there on behalf of others. Embrace others in spite of how unworthy or how unlovely they are to you.

No one expects you to excuse the sin of the unlovely, nor should you become their doormat. Extending grace doesn’t send the message that you approve of their behaviour. And don’t fall into the trap of fearing that grace enables people in their sin. In fact, grace brings conviction to the heart of the sinner much more quickly than a rebuke.

Think of someone right now—someone particularly unlovely—and decide today how you can stoop and embrace them. Be creative. Be specific. Find a way to express grace to them in something you say or something you do…then do it the next time you meet. Like the Nike ad says, “Just do it!” I dare you.