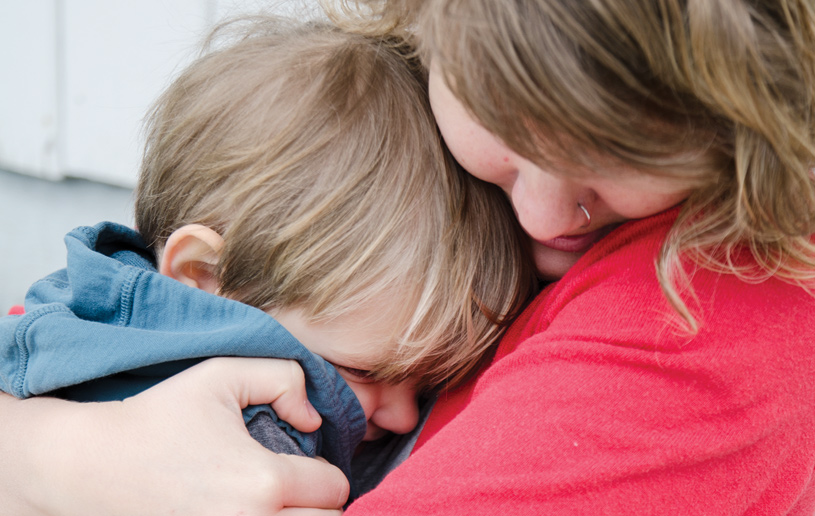 Shortly before her death, Corrie ten Boom attended our church in Southern California. Following the service I met briefly with her, anxious to express my wife’s and my love and respect for her faithful example. She inquired about my family…how many children, their ages—that sort of thing. She detected my deep love for each one and very tenderly admonished me to be careful not to hold on too tightly. Cupping her wrinkled hands in front of me, she passed on a statement of advice I’ll never forget. I can still recall that strong Dutch accent: “Pastor Svendahl, you must learn to hold everyting loosely…everyting. Even your dear family. Why? Because da Fater may vish to take vun of tem back to Himself, und ven He does, it vill hurt you if He must pry your fingers loose.” And then, having tightened her hands together while saying all that, she slowly opened them and smiled so kindly as she added, “Vemember…hold everyting loosely…everyting.”

Since our Lord is sovereign, not only are our times in His hands, so are all our possessions and all the people we love. Releasing our rights to Him includes the deliberate releasing of our grip on everything and everyone. Easy? Never.

Daniel Hans, a fellow pastor in Gettysburg, Pennsylvania, found this out the hard way. In his penetrating volume God on the Witness Stand, he describes how:

Two days ago, I watched my daughter die. Seeing one’s child slowly die forces a re-examination of all that one holds sacred yet easily takes for granted—life, love, God….

What follows is an imaginary dialogue…a running, still-unfinished debate between Pastor Hans, the prosecutor, arguing his case in a courtroom, and God on the witness stand. Because of limited space, I must give only excerpts, but you’ll quickly get the drift.

God: You forget that I do know what it is like to lose a child, an only child…. You do not think His suffering was real? You doubt that His death was…agonizing to me?

Prosecutor: I do not deny the reality of His death. However, He had the resurrection awaiting Him. He had hope within His grasp.

God: Is not that same hope available to you? You need more than a creator and sustainer who can guard life as it is this moment. You need a redeemer…. I can restore that which is broken, save that which is lost, resurrect that which is dead…. I give new life.

God: Nor will you fully understand…. Your mind demands explanations and answers. Yet the greater need is of the heart. You need meaning in tragedy more than understanding of tragedy. You need love to fill the void. You need hope in a painfully depriving world. You ask my reasons. They are beyond you. Instead, I give you something useful…. I give you myself. I am at the center of all life. I can bring meaning to the most perplexing mysteries. I ask of you but one thing, that you trust me. No matter how confusing and painful…trust me. I could have given answers to your questions; but answers would not have made any difference. You do not need my answers. You need me.1

A moving account of one man’s struggle to release his grip on what really wasn’t his to begin with. It must be more painful than you or I can imagine, unless, of course, you have been there. And since we do not know who will be there next, I think we would be wise to start practicing Corrie ten Boom’s seasoned counsel, given to me years ago. Whatever you have that may mean more to you than it should or whomever you love too much and therefore cling too tightly, release. “Vemember…hold everyting loosely…everyting.”

Subscribe to our monthly magazine
Date:
April 1, 2013
Type:
Topic:
Back to Top