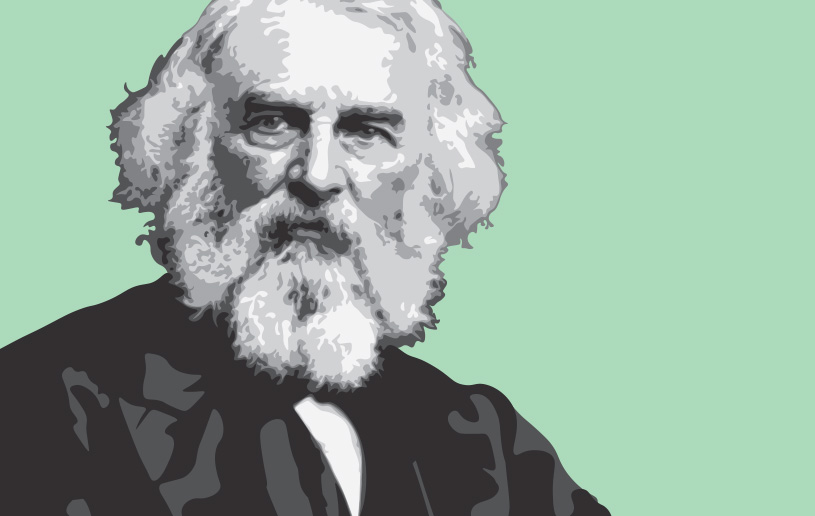 While researching fellow believers who have been comforted by the hope we have in Christ during times of crisis, I came across a Christmas carol penned during the Civil War that caught my interest. The carol “I Heard the Bells on Christmas Day,” is based on the 1863 poem “Christmas Bells” written by American poet Henry Wadsworth Longfellow. I am not sure that I paid close attention to the lyrics before, but as I sat at my desk the words reminded me of the hope of our calling and the One in whom our hope is found.

Longfellow was the most popular poet of his day, widely read both in the US and Europe. Two years before he wrote the poem “Christmas Bells,” his life was shaken by tragedy. His beloved second wife, Fanny, lost her life when her dress caught fire and she died from severe burns the following day. Longfellow was devastated and as he grieved the death of his wife the Civil War raged around him. In a letter dated March 14, 1863, he learned that his oldest son Charles had joined the Union Army without his blessing. Charles wrote to his father, “I have tried hard to resist the temptation of going without your leave but I cannot any longer. I feel it to be my first duty to do what I can for my country and I would willingly lay down my life for it if it would be of any good.” Then a few months later on December 1, 1863, Longfellow received a telegram that his son had been severely wounded during the Battle of New Hope Church. Charles was fighting for his life after a bullet entered his left shoulder and damaged his spine.

Still mourning for his wife, and uncertain of his son’s recovery, Longfellow sat down at his desk on Christmas morning, 1863, and penned the poem “Christmas Bells.” Seven years later his poem would be set to music and become the Christmas carol we know today. The first and last few verses of the song refer directly to the national tragedy of the Civil War.

(First verse) I heard the bells on Christmas day '
Their old familiar carols play,
And wild and sweet the words repeat
Of Peace on earth, good will to men.

(Fourth verse) Then from each black, accursed mouth
The cannon thundered in the South, And with the sound
The carols drowned
Of peace on earth, good-will to men!

(Fifth verse) It was as if an earthquake rent
The hearth-stones of a continent,
And made forlorn The households born
Of peace on earth, good-will to men!

(Sixth verse) And in despair I bowed my head
‘There is no peace on earth,’ I said,
‘For hate is strong and mocks the song
Of peace on earth, good will to men.’

(Seventh verse) Then pealed the bells more loud and deep;
‘God is not dead, nor doth He sleep;
The wrong shall fail, the right prevail
With peace on earth, good will to men.’1

Longfellow captured the tragedy of the Civil War through his words. You can almost hear the cannons firing and see the smoke filling the air. He found a confident hope amid the chaos of a horrific war and personal grief. His faith gave him perspective and strength to carry on, fortifying him to persevere. He realized that God was not dead nor asleep and that ultimately “wrong shall fail, and the right prevail.” We have this same hope during this very surreal time in our country. As we come together to pray let's listen to the carol “I Heard the Bells on Christmas Day” and remember the hope we have found in our Redeemer, who left the glory of heaven to dwell among us and bring salvation to the world.

“He makes wars cease to the end of the earth; he breaks the bow and shatters the spear; he burns the chariots with fire. “Be still, and know that I am God. I will be exalted among the nations, I will be exalted in the earth!” The Lord of hosts is with us; the God of Jacob is our fortress.” (Psalm 46:9–11 ESV)