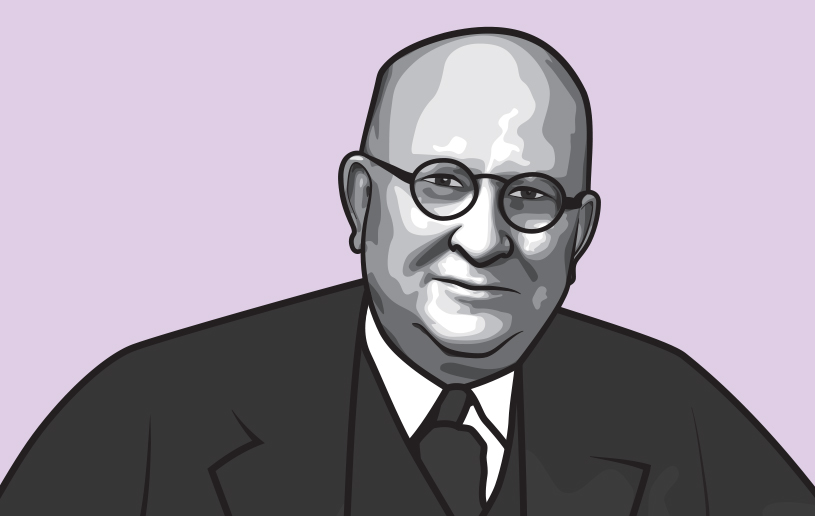 As we continue to walk through this season of unrest, the story of a baby born on October 14, 1876, in Toronto, Ontario, who was left for dead his first 40 minutes of life, brings a ray of light and hope that we have in Jesus Christ. This baby, who would go on to become a great Bible teacher, preacher, theologian, author, and the pastor of Moody Church in Chicago, was Henry Allen Ironside.

When Henry Allen Ironside was born, the attending physician pronounced him dead, so the nursing staff ignored him to focus on his mother who was seriously ill. However, 40 minutes later, a nurse detected a pulse, then placed him in a hot bath and saved his life. Ironside’s parents were both strong believers, but sadly at the age of two, his father died, leaving his mother to make ends meet by working as a seamstress.

Growing up, Ironside attended church and began memorizing Scripture by the age of three. At 11, he started a Sunday school in his neighbourhood for boys and girls. With nowhere to meet, he and his friends sewed together a tent from burlap sacks, which could hold up to a hundred people. Since there was no adult to lead the children, Ironside took on the responsibility of teaching the Sunday school class. On average there were 60 children and some adults in attendance. When Ironside turned 13 he became convinced he was not “born again,” so he gave up teaching Sunday school and began to wrestle with his faith. Later that year while at a party, Proverbs 1:24–32 came to his mind. So, he hurried home and after midnight prayed, “Lord, save me,” and received Christ as his Saviour. Over the next year, his passion for God’s word continued to grow and by the age of 14, he read through the Bible 14 times.

During this same time, DL Moody came to town and young Henry climbed up into the balcony at Hazard’s Pavilion to hear him preach. Henry was so moved by Moody’s message he prayed, “Lord, help me someday to preach to crowds like these, and to lead souls to Christ.” Forty-two years later he accepted the position as pastor of the church Moody founded. From 1916 to 1929 Ironside travelled, preaching nearly 7,000 times to over 1.25 million people. He is considered one of the greatest Bible teachers of his day. For over 50 years, he preached the Word of God in the United States and around the world and wrote more than 80 books, 51 of which were expositions on books of the Bible.

As you prepare for prayer, consider the words of H.A. Ironside regarding Psalm 9 amid our present circumstances, “Listen to David, for David is the author of these Psalms, and he knew what it was to suffer. With Saul on the throne, he knew what it was to be driven out into the wilderness, persecuted, hated, forsaken, and yet to love in return. Instead of grumbling and complaining, his heart goes out in thanksgiving, ‘I will praise thee, O Lord, with my whole heart’ (9:1)—not with half a heart…. No matter what conditions are like in the world around—the nations may rage, wars and rumors of war may cause the stoutest heart to tremble—faith looks beyond it all and recognizes God as sitting on the throne, and knows that eventually, He will bring out everything for His glory.”1

“I will give thanks to the Lord with my whole heart; I will recount all of your wonderful deeds. I will be glad and exult in you; I will sing praise to your name, O Most High.” (Psalm 9:1–2, ESV)