Is God Really in Control? | Insight for Living Canada
Skip to main content

Is God Really in Control? 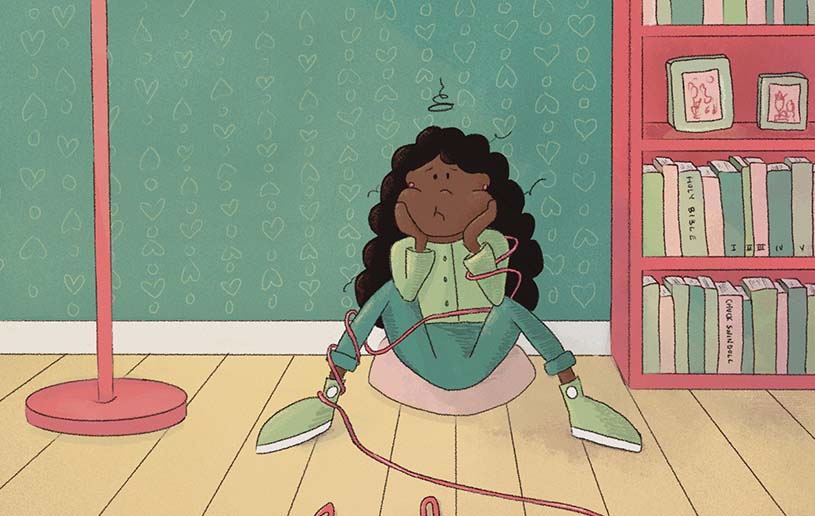 Do you ever find yourself wondering, “Does God really have things in hand here, or is my life spinning out of control?” I have. Trusting in Jesus Christ at age 18, I soon concluded that if I simply did enough of the right things, my Christian life would be a steady climb toward maturity. Numerous setbacks and failures later, I still believed God was in control and had a purpose through it all.

But as my career, ministry, relationships, and spiritual life hit a series of dead ends, I wasn’t so sure. Maybe I had just been fooling myself. Instead of God being in control, maybe my life’s course had no real purpose after all. Maybe my mistakes were more than God could handle.

Haven’t we all looked at our lives at times and thought, “Can anything be made of this mess?” On the outside, at least, life at times looks bleak and chaotic. It often looked that way to people in the Bible. Think of Joseph sitting unjustly in a prison cell, David on the run from a murderous Saul, or Hezekiah facing an overwhelming Assyrian army outside the gates of Jerusalem. How had things gone so wrong? Was God’s plan still on course, or had He taken a vacation?

One of the writers of Scripture addressed this issue in a most unusual way. The book of Esther never mentions God, yet it relates a part of Jewish history that has God’s fingerprints all over it. It’s as if the writer wanted to emphasize that God is active behind the scenes, even when things seem out of control.

Things definitely seemed that way for the Jews living in Persian exile. Being dragged off to a cruel foreign land was bad enough. Now, the king’s right-hand man had talked him into signing a decree to exterminate the Jews. The details of the plan just happened to become known to a Jew named Mordecai living in the capital city. And this man just happened to have raised a beautiful Jewish orphan girl named Esther. Among countless candidates, Esther was the one selected as queen by the king, who incidentally had just demoted his previous queen.

This young woman—still a girl, really—had the inner fortitude to risk her life by approaching the king on behalf of her people. And the king just happened to have been reading the records of the kingdom, where he discovered that Mordecai had never been rewarded for uncovering a plot against the king’s life. So when Esther pleaded for the lives of her people, the king, who loved her, was now favorably inclined toward the Jews. Thus, the Jews were miraculously saved and their enemy sentenced to be hanged.

What a story of intrigue in the king’s court! And what a story of a young woman whose faith caused her to trust in God’s providence, even when God’s plan for His people looked as though it would be permanently derailed.

The New Testament writers assure us that our Father does indeed have everything under control in our lives. Paul wrote that believers in Christ have been “predestined according to His purpose who works all things after the counsel of His will” (Ephesians 1:11 NASB1995). In other words, God has a plan, and nothing is going to derail His plan as a whole and for us individually.

The apostle acknowledged that life in this fallen world is a frustrating mess (Romans 8:20–23), but he says we can be assured that God is using even the smallest details and most insignificant events to accomplish His good purpose in our lives. That purpose is that we become like Jesus (Romans 8:28–29).

However messy things look on the outside, God is at work behind the scenes in our lives to accomplish His eternal purpose. And He will accomplish it, for His own glory (Ephesians 1:12). Even our mistakes, many though they may be, won’t thwart His plan. “Faithful is He who calls you, and He also will bring it to pass” (1 Thessalonians 5:24, italics added).

Like Joseph, we may ultimately understand in this life why God allows events to transpire as they do (Genesis 50:20). Or like many Old Testament saints, we may never be able to put the puzzle together this side of heaven (Hebrews 11:35–40). But that’s OK. We are not the tapestry-makers. God is.

Currently, we see only the back side of our life’s tapestry—a disorderly tangle of yarn. When we are tempted to doubt that a beautiful picture is actually being created on the other side, here are some things we can do. First, stay in God’s Word. When things get really bad, flood yourself with God’s Word. It’s the only way to consistently see things from God’s perspective instead of our earthly perspective.

Second, don’t try to read the tea leaves. Don’t try to figure it all out. We’re not very good at it, anyway. Besides, when we try to make sense of what appears to be senseless, we are choosing to trust what we can see rather than the God we cannot. Accept that we are incapable of comprehending the complexities of so vast a universe.

Third, trust our heavenly Father. Trust that He is sovereign, that He does have everything under His control. And trust that He is good, that His heart is only a heart of love for us, and that He is weaving “an eternal weight of glory far beyond all comparison” for us (2 Corinthians 4:17).

Taken from Greg Smith, “Is God Really in Control?” Insights (February 2005), 2,5. Copyright © 2005 by Insight for Living. All rights reserved worldwide.