The Garden in Full Bloom: Marriage as God Intended 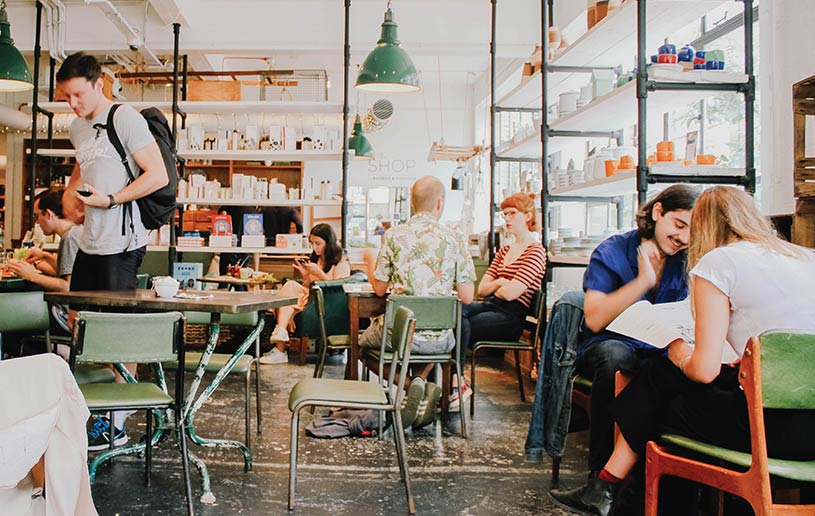 Seven days after our first date, I was convinced Cynthia was “the girl of my dreams,” so I asked her to marry me. Though only 16 and still in the 11th grade, Cynthia said yes. A little over 18 months later, on June 18, 1955, we said “I do.” At just 18 and barely 20, we began our journey together that is now in its sixth decade.

Looking back, Cynthia and I often sigh and sometimes smile. Contrary to popular opinion, we’ve not been sheltered from life’s harsh winds. To make matters even more challenging, neither of us has been all that easy to live with. Our marriage garden has spanned the extremes—from surviving to thriving. But we’ve made it for two reasons: God’s unfaltering grace and our uncompromising commitment.

Keeping a marriage together is hard work. Making it thrive is even harder. Thankfully, God has filled His Word with principles that breathe life into our unions. Cynthia and I have taken the time to find those principles, and we’ve applied them as often as possible.

This explains why a man leaves his father and mother and is joined to his wife, and the two are united into one. Now the man and his wife were both naked, but they felt no shame.

Those two short verses contain four essential principles that hold a marriage together. Every healthy marriage I’ve observed has all four, and every struggling couple I’ve worked with has had at least one missing or distorted. For simplicity’s sake, I’ve boiled each principle down to one word.

Severance. This principle comes from the phrase, “a man leaves his father and mother” (2:24). Severance means man and woman switch their primary allegiance from their parents to each other. That doesn’t mean the couple can’t or shouldn’t accept help from their parents. And it certainly doesn’t mean parents are to be ignored or disrespected!

Severance means that the new husband and wife no longer look to Mom and Dad to have their needs met. They look to one another. They put each other first. Unless both deliberately “leave” their old families, their marriage can’t succeed.

Permanence. The Hebrew word for joined in verse 24 makes me think of woodworking glue. Such glue fuses two pieces of wood together so permanently that, when stressed, the wood splinters and snaps before breaking the bond. Ruth used the same word when pledging her devotion to Naomi.

Joined describes absolute devotion and loyalty, uncompromising affection and love. I’m not talking about co-dependency. I’m talking about two, healthy, emotionally strong people who choose to stick together no matter what. Jesus took it a step further than Moses: “Let no one split apart what God has joined together” (Mark 10:9).

What if you’re beyond your first marriage? You might be thinking, Chuck, I’ve already gone through one marriage (maybe several), and it didn’t work out. These words are too late for me! To you, I say, “Stop. Wait. We’re talking about now and where you go from here. Not the past. Apply this to the marriage you have now. Determine that this marriage is permanent. God has joined you; let no one and let nothing separate you.”

Unity. The word Moses used in verse 24 for “one” indicates a complex unity. Not a melting of two personalities to form one, but two individuals living and working in concert with common values and shared goals—partners. Unity is diversity brought into harmony. When this verse is misapplied, one spouse controls the other. The controlling one doesn’t give the other room to be himself or herself.

This is something that almost ruined our marriage! I spent the first 10 years with Cynthia expecting her to be the female Chuck. Finally, she called me on it, and we spent the next four years doing some of the hardest work we have ever done. The result? I discovered a woman within Cynthia whom I had never known, one who inspired respect in me and moved me to find new ways to affirm and honour her. Oh, what I had been missing! Once I learned to do that, we could truly be partners.

Intimacy. When the marriage garden is in full bloom, husband and wife enjoy an exclusive, privileged knowledge of each other. Ultimately, intimacy is the grand prize—the reward—for all the effort we invest in marriage. The man and woman in Genesis were naked and were not ashamed. Neither thought of covering anything because they had no self-consciousness, no shame, no fear of ridicule, no hang-ups, no embarrassment, no emotional hurts from former abuse or poor choices.

Think of it! Each was entirely focused on the delight and pleasure of the other. They enjoyed a free-flowing intimacy uninhibited by self-interest. The sexual union must have been more pleasant and fulfilling than anything we can imagine.

Now, let me warn you that Satan is well aware of the necessity of these biblical principles. He will do everything to strip your marriage of them. Inside this magazine, we discuss one deadly poison that is killing countless Christian marriages today, pornography. We’re tackling this issue because we believe there is healing and hope. Please read thoughtfully, and if necessary, reach out for help. Take measures to safeguard you and your family and take time to look carefully for other ways the Enemy may be dividing you and your forever valentine.

God is the master gardener who intends all marriages to thrive. But we must be willing to dig out the weeds. Do the work. Cynthia and I want for you what God has given us by His grace through our commitment—a thriving marriage garden.

Taken from Marriage: From Surviving to Thriving by Charles Swindoll Copyright © 2006 by Charles R. Swindoll. Used by permission of Thomas Nelson. www.thomasnelson.com