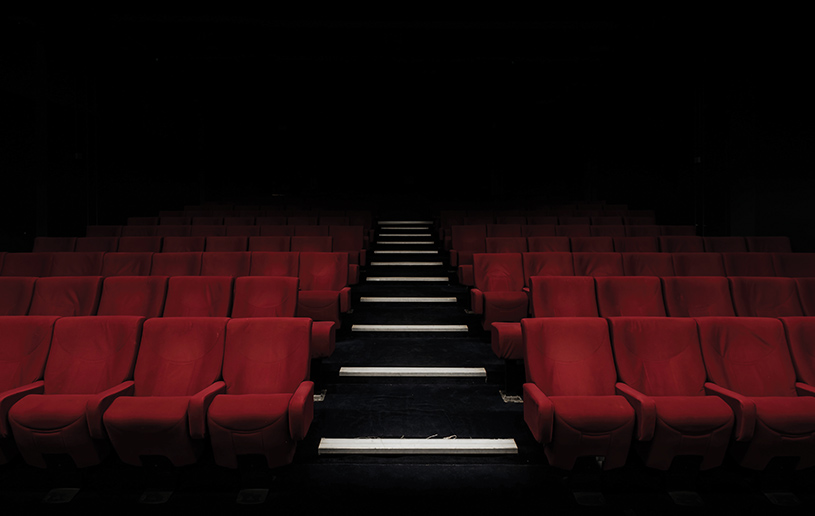 For as long as I can remember, I have had a passion for stories; they’ve always been a hobby of mine. I can recall summer evenings as a kid sitting under the street lamp with my friends. We would tell stories to each other until our folks called us in for the night. I also had the benefit of having some youth leaders and Sunday school teachers who were wonderful storytellers. And, I was an avid reader. I read lots of stories: The Scarlet Pimpernel, the Sherlock Holmes mysteries, the Tarzan adventures...I loved ’em all! And, although these books were just entertaining to me, I knew even then that I was learning when a storyline worked and when it didn’t work. Film was the same way; as I got older, I was able to discern that sometimes even a very expensive movie could be a disaster. During my high school years, my friends and I would talk about these failures in depth! We were all going to make movies ourselves or act in them or at least write better stories than the ones we had watched.

I guess I was just convinced about my views and abilities and got a little too boastful. In fact, one of my youth leaders actually told me that, and he tried to caution me about the negative repercussions of pride. He didn’t make a dent in my adolescent armour! Know what did? Hearing and reading the Old Testament story of Joseph and his dreams (Genesis 37). Talk about prideful boasting! That was a great example, and it got through to me. A good story does that. I’ve always loved the Old Testament and its epic stories for that very reason.

Later, as a church junior high director, I was faced with the challenge of trying to teach the Bible to kids who had the attention span of a chihuahua in a thunderstorm. For me the best method of teaching was to use a story, and the Bible is packed with great ones. (As a side note, I found that a Bible story with swinging swords and flying arrows is especially effective with seventh-grade boys!) At the time, I was just trying to do the best I could do at the task at hand. It didn’t feel much like the sproutings of any grand quest, but I think that’s often how a call from God begins—with something that seems to be commonplace, not dramatic in the way I thought it would be.

I later left youth ministry and went back to school to study video production. Maybe this was where I could become a screenwriter, maybe make important films to teach kids about God through video...I thought about it all the time.

From there, I got a job in television news. You know those annoying commercials that tell you what will be on your local news show that night? That’s what I did. That did not feel like a quest or a calling, but it was. I learned how to tell a story in 30 seconds. That’s not easy! I also learned how to use a lot of really cool, expensive gear: cameras, video-editing systems, and other tools of the trade. On occasion, I worked with actors. I loved most of it; I hated some of it. I began to realize I was “just trying to make a living,” and it didn’t feel much like a calling. I thought I had taken an extended detour from my quest. At times I was afraid that God had taken me out of the race altogether. I didn’t know it then, but I was still in training.

In 1997, I was hired by Insight for Living Ministries as a program producer. In that position, I helped produce a radio program—Chuck Swindoll’s radio program—that was broadcast around the world! It was great. I had a ministry again, and even an interim calling. Although it didn’t feel like the fulfilment of my dreams, I tried faithfully to do the best I could with what I’d been given.

Then one day, I received my call. It felt like it was about 13 years late, but it was right on schedule.

Chuck’s older son, Curt, asked me to come up with a concept for a new radio program for Insight for Living Ministries. He knew about my passion, that this was what I wanted to do more than anything else, and the time was now. And so, Paws & Tales was born!

After years of preparation, God fulfilled the desire of my heart, and I was privileged to minister effectively to children through Paws & Tales. Now I was on the part of my quest that I dreamed about for so long. If you feel like you’re still in that waiting and wondering phase, I’d suggest that you think of yourself as already on the path of your calling. Think of what fires you up and how that can be used to minister. Give your all to what’s in front of you, and keep your eyes and ears open. If you’re faithful and wait on God to use you, He will!