Figuring Out Short Figures of Speech in the Bible 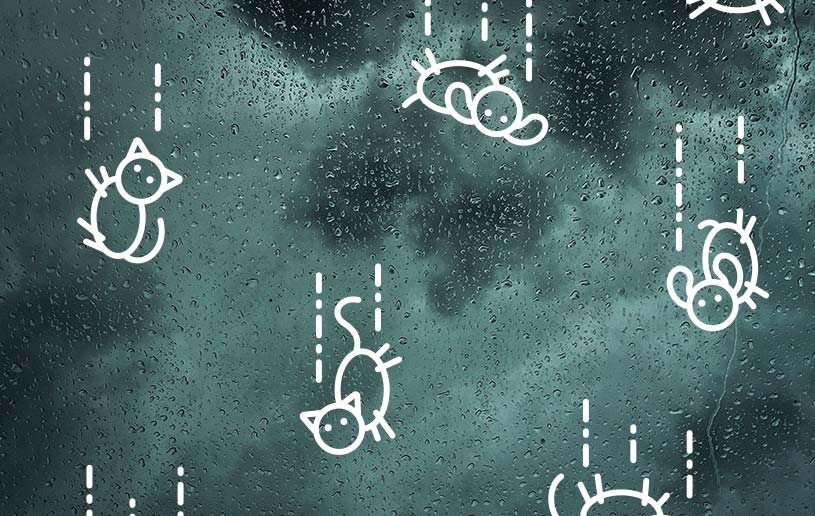 “I’m all ears.” “It’s raining cats and dogs.” “He kicked the bucket.” We have all heard phrases like this. They’re called idioms, a particular type of short figure of speech, and we use them every day without even thinking. In this article I draw attention to the importance of properly understanding figures of speech in the Bible, and short figures in particular, so we can better understand God’s Word and His will for us.

A single word cannot always express a specific idea. Words, phrases, or sentences are used in figures of speech, sometimes in a non-literal sense to intensify the idea being conveyed. This is what we find in the Bible.

When God and the biblical authors wanted to emphasize something, or give it special attention, they used figures of speech. These figures depart from the normal meanings of words or from the usual syntax and grammar to add emphasis, feeling, and power to the thought presented.

In addition, many of the great spiritual truths of Scripture are abstract concepts requiring more concrete expressions in order to convey the meanings. A figure of speech such as anthropomorphism, describing God in physical terms with arms, hands, eyes, and ears (Isaiah 53:1; 59:1; Hebrews 4:13), is helpful in understanding the Lord’s abstract qualities of omniscience and power.

Similarly, when forgiveness is described as “washing” (Acts 22:16), or “cleansing” (Ephesians 5:26), the imagery is vivid while the basic meaning is conveyed. Figures of speech grab our attention and cause us to stop and consider what God is saying.

Without being linguistic experts how can we recognize biblical figures of speech? Here are six general guidelines.

1.   The Bible should be understood literally whenever possible

This means words should be understood in their normal sense in their grammatical and historical context. When a statement doesn’t make literal sense, or appears to be contrary to our experience, or known fact, or the general teaching of truth, then we can expect that a figure of speech is present.

2.   The words are clear and literal but are put together in a grammatical or structural way that brings emphasis to the section

For example, Jesus said “Truly, truly I say to you…” (John 3:3, 5 ESV). This figure is called epizeuxis, repetition of the same word in a sentence.

3.   If a word or words are truly a figure of speech then that figure can be named and described

In this case, it will have a specific identifiable purpose like the metaphor, “The Lamb of God” (John 1:29).

If we see the phrase “on the road” in an historical narrative passage, it would normally be taken as referring to a physical road. If the same phrase was used in poetry it might be taken as a way of life.

5.   The subject matter of a passage helps us recognize whether we have a figure of speech or not

Knowing that rocks are inanimate objects leads us to interpret Jesus’ statement about the rocks crying out (Luke 19:40) as a figure of speech called personification.

6.   The use of a figure of speech in one place helps us interpret it in another place

The Hebrew in Genesis 4:1 literally reads, “Adam knew Eve his wife; and she conceived.” This is a figure of speech, a euphemism, for sexual relations. When Mary ponders the announcement that she would become pregnant she asks, “How shall this be, seeing I know not a man?” (Luke 1:34 KJV) The same figure of speech is also used in Genesis 4:17, 25 and 1 Samuel 1:19.

One of the best things we can do to help in our recognition and interpretation of biblical figures of speech is to get a basic knowledge of commonly used English figures of speech. Most of us use English translations instead of the original languages. But the patterns of language are so universally common to mankind that most of the figures of speech cross over from language to language in a recognizable way. Recognizing figures of speech in English such as simile, metaphor, idiom, euphemism, and personification, to name a few, will help us understand the Bible better.

Rather than thinking of figures of speech as tedious language exercises view them as instructive visual aids. They’ve been tucked away in the pages of Scripture to help lead us into a deeper understanding of God’s Word and will for our lives

Subscribe to our monthly magazine
Date:
January 10, 2020
Type:
Topic:
Back to Top