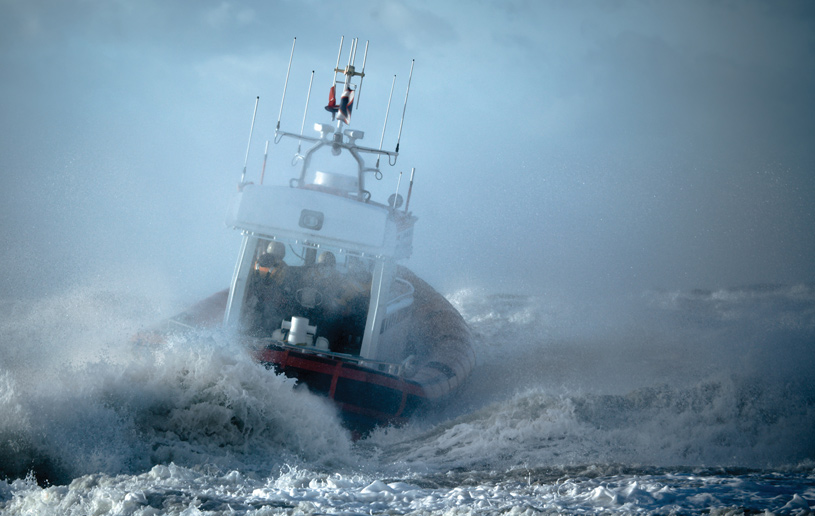 I’d first met Sami in 2002 when I attended a conference in Singapore. We walked around Singapore’s night zoo engaged in a conversation about the difficulties of his ministry in Cairo. I was captivated by his passion and the strength of his convictions that allowed him to endure being manhandled by the secret police, often being interrogated for days on end.

This was the first time in my life that I realized I didn’t know what it was like to suffer for my faith. “It is easier for a camel to go through the eye of a needle than for someone who is rich to enter the kingdom of God” Mark 10:25 (NIV).

Several years later, while on the Insight for Living Israel tour, Sami sent me an email asking if I’d preach at his church in Heliopolis on the coming Sunday. “I’d love to,” was my reply, although I had nothing with me for preparation except the Bible. But do you need anything else?

Sunday arrived and Sami picked my wife Cornelia and me up at our hotel. We were glad Sami was driving in the chaotic lattice of criss-crossing traffic, where traffic lights are only considered a suggestion!

We entered a maze of multi-storey apartment buildings, where the streets were lined with rocks and dirt, pockmarked by the occasional car, half parked, and possibly abandoned. As we drove through the Arab neighbourhood children played happily on the streets, waving to us as we passed.

Although our nerves were almost shot by the time we got to our destination, get there we did. There was nowhere to park so we opened the doors, grabbed our belongings and headed for the church. As we raced along the dusty alleyways, a group of children started to chase us, calling out to us in Arabic. We had no idea what they were saying, and felt somewhat threatened by the group pursuing us.

As the children caught up to us, a boy, probably around 14 years of age, stood in front of Cornelia and held out his hand. He held our camera she’d dropped while alighting the vehicle.

We will never forget the look of pleasure that beamed from that boy’s face and, in fact, all those who chased us. You could see their sense of pride on returning to strangers something of value that was lost. They didn’t need to. It could have been a treasure they’d discovered, something they would not have the money to buy themselves.

Their integrity was much better than my judgment. While I came to Cairo to experience their ancient civilization amongst the Pyramids of Giza, I came away with a stronger conviction to get to know people’s hearts.

Within a few minutes, we were in the church singing a well-known praise song in Arabic (we used English), and then I was at the pulpit opening the Scriptures to Matthew 14:22–34.

But Jesus immediately said to them: “Take courage! It is I. Don’t be afraid.”

Then Peter got down out of the boat, walked on the water and came toward Jesus. But when he saw the wind, he was afraid and, beginning to sink, cried out, “Lord, save me!”

This was such an appropriate section of the Bible for me to work through, with me speaking in English and Sami by my side translating into Arabic.

As I talked about the need for us to be courageous in our faith my words echoed back as I remembered our reluctance to stop when pursued by the well-meaning children in the street not far from the church.

The Gospel writer Mark adds a unique sentence that shows the cause of the problem. “They were completely amazed, for they had not understood about the loaves; their hearts were hardened,” (Mark 6:51b-52).

There are many ways in which our hearts are hardened. In relation to the Arab children I’d let the media’s slant on the Middle East colour my view. I was fearful of them as a cultural and religious group for what I thought “might” happen, disregarding what was actually happening around me.

Visiting the sphinx and the pyramids fulfilled a dream. But my most significant Egyptian discovery was to see fear as something to be dealt with, and replaced with faith—faith in others and faith in Christ.