Facing the Tough Stuff of Inadequacy: When the Truth Comes Out | Insight for Living Canada
Skip to main content

Facing the Tough Stuff of Inadequacy: When the Truth Comes Out 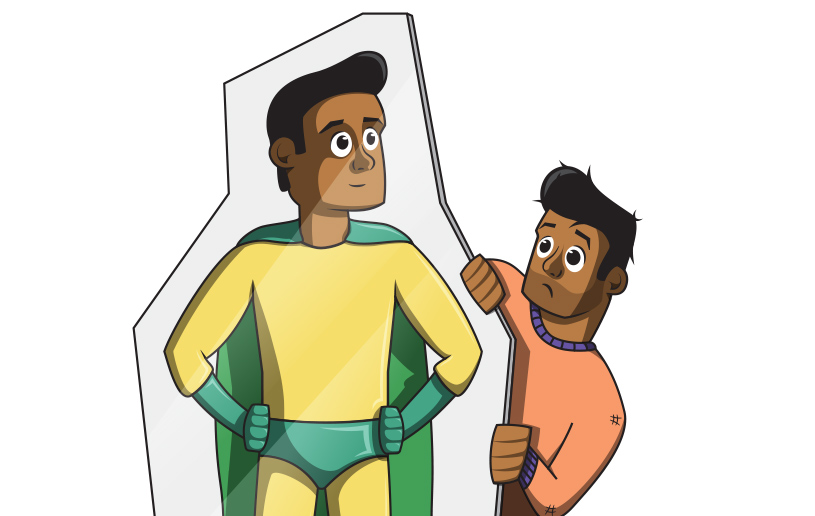 Call it insecurity, fear of failure, or an identity crisis: most men are driven by an unspoken, and often unacknowledged, sense of inadequacy. What's more, they fear that their inadequacy will be exposed and their true identity will be revealed. They will be found out as the poser they really are. Posing as a confident husband. Posing as a competent father. Posing as a capable worker. Posing as a good Christian.

Shaunti Feldhahn carefully researched the secret inner lives of men in her book, For Women Only. She found that two out of every three men surveyed admitted to struggling with the tough stuff of inadequacy. Despite their "in-control" exterior, men often feel like imposters and are insecure that their inadequacies will be discovered. "This secret male vulnerability involves not just a concern about what others think of them, but also the internal realization that since they don't always know what they are doing, they are just one mess-up away from being found out."1

For many men, feelings of inadequacy lead to despair. No matter how successful or competent, they cannot escape the feeling that they are only as good as their last business deal, record-breaking production run, or best day's work at the factory. The cure cannot be found in self-help seminars or in late-night "success-can-be-yours" infomercials. Getting through the tough stuff of inadequacy takes more than dogged determination; it requires a fundamental shift in perspective. And that comes when we place our confidence in the Lord rather than ourselves.

God's perspective regarding men's adequacy is radically different than humanity's perspective. To Him, men are valued, important, and unique. Not because they are adequate in and of themselves, but because they are made in His image and their "adequacy is from God" (2 Corinthians 3:5 NASB). A positive self-image takes shape on the anvil of God's perspective, which is not based on a man's abilities, successes, or confidence. When a man is fully submitted to God, feelings of inadequacy and vulnerability lead to the true source of strength. In spite of a man's desire to the contrary, he is incapable of glorifying God and doing His work by his own strength. "Inadequacy forces us to rely fully on God for power and strength."2

In God's economy, the value of a man is not judged by the world's standards but by God's. Put into the right perspective, his feelings of inadequacy can motivate him to seek God's power and strength above his own. Here are two principles to help men turn inadequacy into power.

Embracing your inadequacy is the first step toward accepting God's power. Embracing—not just admitting. Simply admitting means we retain a negative attitude toward our inadequacy. It means we continue to buy into the Original Lie from the garden: that we were designed to live independently of God. We were not. Our blueprint is to live in dependent union with the One who is completely adequate.

The Apostle Paul learned that lesson the hard way, through an unpleasant trial, his "thorn in the flesh." As he pleaded with the Lord to remove the thorn, Jesus said, “My grace is sufficient for you, for power is perfected in weakness,” (2 Corinthians 12:9). Paul got the message: he might not be capable of handling his problem, but Jesus was. After this episode, Paul concluded, "Most gladly, therefore, I will rather boast about my weaknesses, so that the power of Christ may dwell in me" (12:9).

We tend to think of weakness as an abnormality in life, something to be overcome as quickly as possible. From the Christian's perspective, however, weakness is the norm of life. We don't have to craft an outward image of supreme confidence and capability. Only Christ is capable of living His life through us. Our job is to embrace our inadequacy and depend on Him to overcome obstacles, to rise above mediocrity, to succeed where we cannot.

Embrace the Adequacy of Christ

When confronted with feelings of inadequacy, we can take hold of the sufficiency of Christ's promise. Like Paul, we can delight in our weakness, for it is the opportunity for God to prove Himself strong in us, if we turn to Him in faith.

God longs to meet us at the place where we have reached the end of our abilities. When we have exhausted our own strength and have nothing left, "That's where He can do His best work—in your weakness.... He doesn't use superstrong, self-assertive, self-centered people. He uses [the] weak, [the] trembling, [the] inadequate, and [the] ill-equipped."3

This brings to mind a friend who was faced with spending an evening with someone who had recently caused considerable pain to the family. Feeling utterly incapable of expressing the love of Christ to the family's guest, my friend went to God, saying, "Lord, I'm not capable of loving this person, but You love him, and I'm trusting You to do it through me tonight." Having chosen in Christ's power to perform loving acts, by the end of the evening, even my friend's strong, unloving feelings had melted away.

We are inadequate. We are inadequate as husbands, fathers, workers, and friends. What God calls us to do, we can't pull off in our own strength. But God's strength is more than sufficient. Trust Him today to be your adequacy, and watch Him do His work.

Adapted from Cliff Ritter and Greg Smith, "Facing the Tough Stuff of Inadequacy: When the Truth Comes Out," Insights (January 2005): 5–6. Copyright © 2005 by Insight for Living. All rights reserved worldwide.